You Are Here: Home » Morphological Features of Marine Annelids 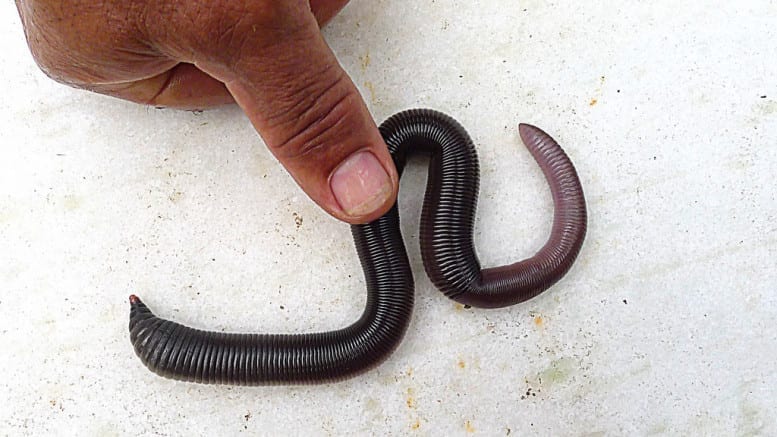 The body wall of marine annelids such as Nereis, has the same general arrangement as in Lumbricus but the longitudinal muscles lie in four blocks, two dorsal and two ventral. There are oblique segmental muscles, one pair to the notopodia and one pair to the neuropodia. The gut is attached dorsally and ventrally by mesenteries, and the intestine does not possess a typhlosole. The blood system essentially consists of a dorsal collecting vessel and a ventral distributing vessel joined segmentally by commissural vessels. There are no hearts, but both dorsal and commissural vessels are contractile. There is a particularly good blood supply to the parapodia in connexion with respiration. The blood contains colorless corpuscles and haemoglobin in solution.

Excretion in marine annelids is carried out as in the earthworms and there are segmentally arranged nephridia. The nervous system is essentially similar to that in Lumbricus but there are more highly developed sense organs evolved in adaptation to the predatory mode of life; they are the tentacles, palps, cirri and eyes. The eyes are well developed and contain a gelatinous lens; the optic nerve leaves the back of the cup as the vertebrate eye.

The sexes are separate and gonads grow on the lateral regions of somatic mesoderm. There are no ducts conveying gametes to the exterior and maturation of the sperm or ova takes place in the coelom. At breeding times there are distinct changes especially in the posterior half of the body. The parapodia become more blunted and the fine chaetae are replaced by stouter oar-like structures spread like a fan; the eyes become much enlarged. Some sexually mature worms are known as heteronereids. They swim near the surface and in the presence of the opposite sex, the sexual segments burst and release the gametes into the water.

The larvae which hatch from the eggs are ciliated and they metamorphose into adults. The typical polychaete larva, not found in Nereis, is a trochophore. This type of larva is of considerable interest since it occurs in other groups, particularly in Molusca, and thus provides one line of evidence relating Annelids and Mollusca. Another line of evidence indicating this relationship is provided by the similar mode of development of the two groups.