You Are Here: Home » Morphological Description of Lacerta Agilis (Lizard) 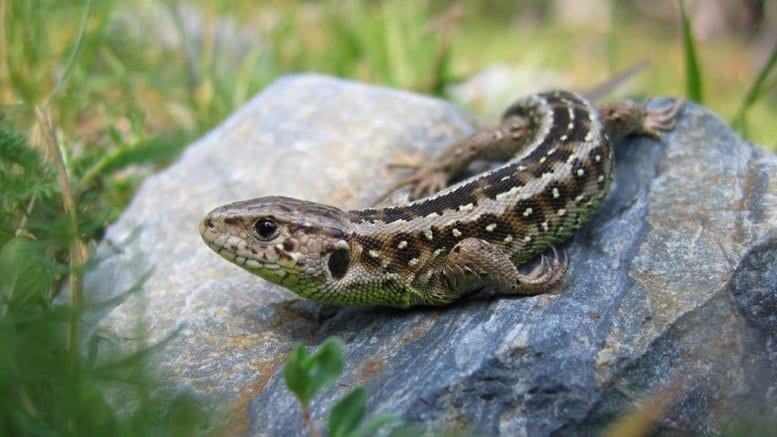 Lacerta agilis (Lizard) is mainly confined to southern England, where it is common in the counties of Dorset, Hampshire, Surely and Kent. It reaches a maximum length of about 20 cm and its general background color is green to brown dorsally and yellow ventrally. On the back and sides are rows of darker spots each with a white centre. It frequents sandy heaths, where it is often to be found basking in the sun or seeking its food, which consists of insects and other small invertebrates. In winter, it hibernates underground or among dead vegetation. The sexes are separate and pairing occurs in May or June. Five to eight soft-shelled eggs are laid in a hole and left to hatch by the heat of the sun. The young lizards emerge in eight to ten weeks and then take two or three years to become sexually mature.

The body form differs from that of the frog in two important respects. In the first place, there is a definite neck separating the head and trunk, and secondly, there is a long tail with cloaca at its root.

The continuous covering of corneoscutes provides an impermeable layer, so that there is practically no loss of water from the external surface, and here we see one of the primary adaptations which made successful the reptilian colonization of the land. There are no glands in the skin.

The coelom shows the same general condition as that of the frog, being represented by the pericardial and perivisceral (splanchnocoelic) cavities.

The exoskeleton of corneoscutes and the osteoscute of the head have already been mentioned. The endoskeleton is much more fully ossified than that of the frog. There are a number of additional membrance bones in the skull and an important feature is the temporal fossa, a vacuity behind the orbit bounded by the parietal, supra-temporal, squamosal, post-orbital and post-frontal bones. The number and position of temporal fossae form the basis of classification of the reptiles. In L. agilis, the fossa is covered with osteoscutes. There are four occipital bones ringing the foremen magnum, a ventral basioccipital which bears a single median condyle, two lateral exoccipitals, and a dorsal suproaccipital. The quadrate is ossified and makes a movable joint with the pterygoid. Dorsally, the frontals and parientals are separate ossifications; there is a small pineal foramen beneath which is the pineal eye. Ventrally, in front of the basioccipital is a large basisphenoid, a bone not representd in the frog. The pterygoids are long flattened bones forming part of the palatal surface; they articulate with the quadrate behind, the basisphenoid inwardly and the palatine and transpalatine in front.

The olfactory capsule is covered by nasal bone above and the vomer beneath. The more posterior position of the internal nares is noteworthy; the backward displacement of these opening is carried further in the mammals and some reptiles, notably Crocodilia. Apart from the cartilaginous sclerotic, the optic capsule is strengthened by a ring of twelve small ossicles in front. Three bones, the pro-otic,epiotic and opisthotic, protect the auditory capsule.

The original mandibular arch is represented by the palatine, pterygoid and quadrate, still joined together but now they serve mainly to articulate the upper jaw with the cranium. Maxillae and premaxillae, bearing pointed homodont teeth, form the upper jaw. There are also small patches of teeth on the palatines. In the lower jaw, Meckl’s cartlage is ossified posteriorly to form the articular and the rest of the ramus is covered by five membrance bones; the coronoid, supra-angular, angular,dentary, and the splenial on the inner face of  the ramus. The lower teeth are borne only on the dentary. Articulation between the jaws is effected by a joint between articular and quadrate. The type of jaw suspension, with a movable quadrate, is known as streptostylic. The hyoid arch is represented by the colunella auris and the hyoid skeleton beneath the tongues. There are anterior, posterior and middle cornua which, with the laryngeal and tracheal cartilages, are the vestiges of the branchia arches.

In the vertebral column of Lacerta agilis, there are eight cervical, twenty-two thoracicolumbar, two sacral and a large but inconstant number of caudal vertebrae. The atlas consist of  little more than a bony ring with an antero-ventral socket for articulation with the occipital condyle; the dorsal halves of the neural arch do not meet. Turning of the head is accomplished by rotation of the atlas and skull about the odontoid peg of the axis; this peg represents the centrum of the atlas. Ribs are borne on all the remaining cervical and on the thoracicolumbar vertebrae, each rib articulating with the centrum. Only the five anterior ribs join the sternum. Strong transverse processes, possibly ribs, on the sacral vertebrae, form a rigid joint with the ilia of the pelvic girdle. The caudal vertebrae gradually diminish in size and differentiation until they become mere splint-like central. An unusual feature of these tail vertebrae is the central transverse band of unossified tissue. Here autotomy occurs when a portion of the tail is shed, but on regeneration, normal vertebrae are not formed.

The ribs which join the sternum consist of vertebral bony and sterna cartilaginous portions. With their intercostals muscles, they play an important part in breathing.

The pectoral girdle and sternum in Lacerta agilis differ from those of the frog mainly in the presence of an interclavicles, a sterna fontanelle, a coracoids foramen, and of course, the attachment of five pairs of ribs. In the pelvic girdle. The ischium, illum and pubic all radiate from the acetatbulum the ilia pass forward to articulate with the sacral vertebrae, the Ischia pass backward and inward to form a symphysis, while the pubes are joined ventrally by a small epipubis. Between  Ischia and pubes are the two large obturator foramina, separated in the mid-line by a ligament.

The front-limb is typically pentadactyl, differing from that of the frog in the possession of separate radius and ulna, and in the hand, where there are five digits. In the hind-limb, the tibia and fibula are separate, there are but three tarsals and fifth metatarsal has a peculiar hooked shape.

The alimentary canal differ but little from that of the frog. In the buccal cavity, the slender, bifid profrusible tongue is attached posteriorly. Dorsally, there are lateral palatal folds, where the epithelium covers ingrowths of the maxillae. The stomach is almost straight and caecum. The canal opens into a tubular cloaca which has a ventral outgrowth. The allantoic bladder.

There are salivary glands in Lacerta agilis whose secretion assists in swallowing the dry somewhat prickly insect which form the main part of the diet.

The liver is large and bilobed, with the gall-bladder in a slight groove of the right lobe. From the gall bladder, the bile duct passes through the pancreas, forming a common hepato-pancreatic duct which enters the duodenum close to the pyloric sphincter. The spleen is situated in the mesentery near the stomach.

Apart from storage of food in the liver, there is accumulation of material before hibernation in two ovoid fat bodies at the sides of the rectum.

The sole organs of breathing in Lacerta agilis are the lungs which lie laterally, dorsal to the liver. Each lung has a network of internal folds and is highly vascular. The glottis, behind the root of the tongue, opens into a rounded laryngeal chamber which is supported by cricold and arytenoids cartilages. From the larynx, a long trachea, held open by narrow complete cartilaginous rings, leads back and forks into two short bronchi, one entering each lung.

In Lacerta agilis, breathing is accomplished by a new mechanism employing the ribs and their intercostals muscles. The outer intercostals muscles pull the ribs forward and outward, thus increasing the capacity of the thoracic region and air rushes in to fill the lungs. Exhalation is effected partly by the elasticity of the lungs themselves and partly by pressure exerted on the lungs by the return of the ribs due to the contraction of the inner-costal muscles. There is no diaphragm. 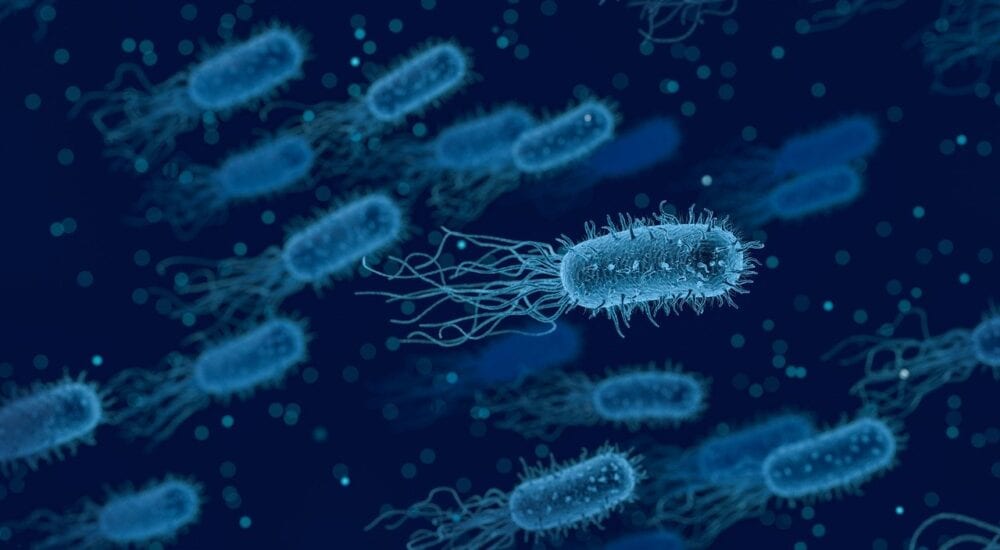 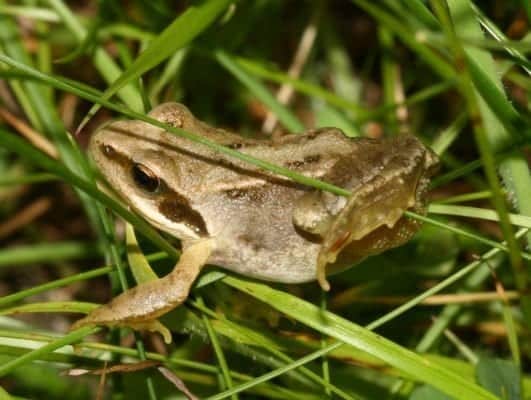 Biology Nutrition and Metabolism in the Frog, Rana Tempora…
0