You Are Here: Home » Morphological Affinities of the Chordates and Echinoderms 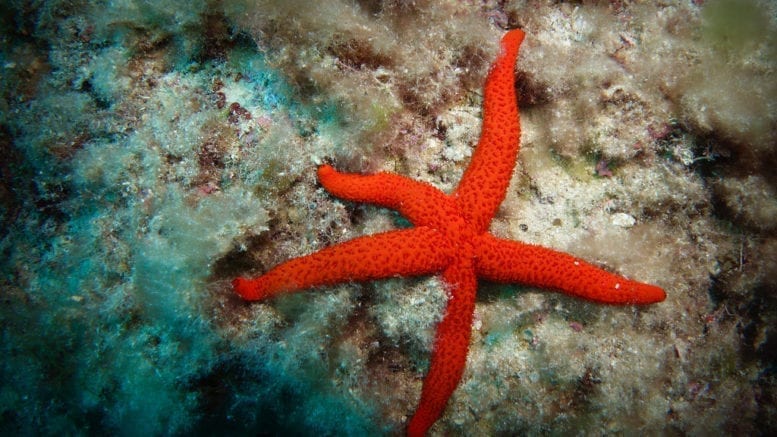 The origin and affinities of chordates and echinoderms have long been a subject of interesting speculation. Relationships between creatures are postulated mainly on grounds of comparative anatomy and development. For existing creatures, the methods of comparative physiology and serology are also of great importance. In any comparison also involving fossil form, it is important to remember that any evolutionary change does not affect the whole existing stock. Such a change could occur in one locality only and the existing stock might still survive in other areas. Thus it is that we have such  ”living fossils’’ as the kingcrab, the coelacanth, cycas and Equisetum. A primitive existing form may be very closely related to the ancestor of more advanced existing forms.

From the available evidence, it seems fairly certain that chordates and echinoderms are related. In the first place, we have the striking resemblance between the tornaria larva of Balanoglossus and the auricularia larva of echinoderms. Both are strikingly different from the characteristic trochophore larva of annelid and molluscs. Also, during the development of lower chordates and echinoderms, the mesoderm is formed in the same manner, by budding of pouches dorso-laterally from the archenteron. The cavities of these pouches constitute the beginning of the coelom. This is different from the manner in which mesoderm and coelom. This is in annelids, arthropods and molluscs. Both in echinoderms and chordates, thecentral nervous system develops from a dorsal strip of epiblast. A final point of comparison lies in the type of phosphagen present in the muscle.

In chordates the phosphate. However, in Balanoglossus  and in a few echinoderms, both types of phosphagen are found. The chordate and echinoderm stocks must have diverged very early in animal evolution; fossils of both types are found in early Palaeozoic rocks. It is often suggested that we must look for chordate origins in the coelenterates. There seems to be no evidence that Rhabdopleura, a deep-sea hemichordate, shows features in its colony formation which show a strong resemblance to the same process in the fossil graptolites. Unfortunately,  Rhabdopleura has very slender qualifications for inclusion in the chordate. It has no visceral clefts or dorsal hollow nerve cord, and its notochord is a structure like that of Balanoglossus. Here again we may possibly consider that both the graptolits and the ancestral hemichordate were offshoots which diverged early from the coelenterate stock. Comparison of  Amphioxus  has been made with two Silurian fossils of Jamoytius Kerwoodi. These fossils show a soft- bodies animal with a distinct notochord and with the same general arrangement of intestine and myotomes as aree found in Amphioxus. But Jamoytius had undoubted eyes. It seems that by the Silurian period, the graptolites, Jamoytius Ostracoderms related to the present lampreys, and the bony fishes had already been evolved.

A recent interesting suggestion connects the higher chordate with the urochordates. The suggestion is that the tadpole larvae of ancestral asicdians may have migrated into fresh water via estuaries and there gave rise to the fishes. We know that fishes evolved in fresh water and that their occupation of the sea is secondary. From the same tadpole larvae, some type may have returned to the shallow coastal waters and given rise to the cephalochordates.

We may sum up by saying that the chordate – echinoderm stock evolved from coelenterates in the early Palaeozoic or the late Archaeodate were probably soft-bodied boneless animals which later diverged to give hemichordates, urochordates, cephalochordates and craniates. No common ancestor of the chordate is known; it is perhaps unlikely that one will ever be found.