Monoclonal antibodies are a type of carefully crafted and engineered antibodies that are used for the treatment of certain diseases and in certain types of research. These antibodies have several properties – when used in clinical applications, they can be highly targeted to specific cells or cell surfaces, used as drugs, medical imaging tools and research reagents. This article explores more in-depth the technology behind it and the various applications of monoclonal antibodies.

What Are Monoclonal Antibodies?

Monoclonal antibodies are molecules derived from a single clone of cells. They have the same characteristics and ability to recognize a specific antigen, meaning that they can be used to detect, monitor, and treat a certain disease.

These antibodies are created through cloning of a single cell line. As the name suggests, a single cell is cultured over a period of time to generate a homogenous population of antibody-producing cells. Each population of cells gives rise to a specific monoclonal antibody, which is highly specific to a particular epitope of a target antigen. These antibodies can be either synthetic or generated from hybridoma technology, and are composed of heavy and light chains, with certain sections of the antibody known as complementarity-determining regions (CDRs) conferring varying levels of antigen specificity. Antibody diversity is achieved chiefly through variation in the CDR regions, though each clone has similar antigen specificity.

Monoclonal antibodies (mAbs) are specifically developed antibodies that target specific cell types, proteins, or organs. mAbs are essential tools for research, drug development, and clinical diagnostics because of their specificity to certain markers and proteins, which allow researchers to hone in on certain processes in the body. In this article, we will go into more detail about the four types of monoclonal antibodies and some of their uses.

Chimeric human monoclonal antibodies are a combination of both natural and synthetic mAbs. A portion of the antibody is derived from human sources, while another portion is created through genetic engineering. This allows scientists to use natural antibodies that are most effective in humans while using the genetically engineered antibody components to increase the specificity of the mAbs.

Humanized monoclonal antibodies, or huMAbs, are similar to chimeric mAbs in that the antibody has components that are both naturally and synthetically derived. However, in the case of huMAbs, nearly all of the naturally occurring components are removed from the antibody, leaving only the genetically engineered components. This allows researchers to more precisely target antigens that are difficult to create specific recognition for with just natural antibodies.

How Do Monoclonal Antibodies Work?

They recognize and binds to specific antigens in the human body. This binding causes the antigen to be recognized and ‘tagged’, allowing medical researchers to detect and monitor the presence of a particular antigen. They’re also used to create drugs that can specifically target a particular disease. 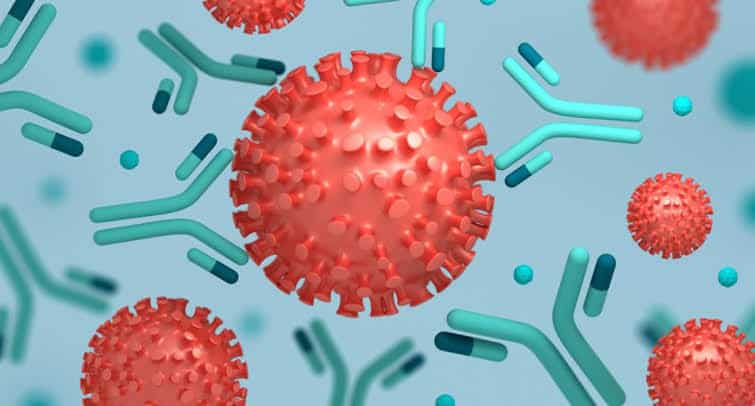 Monoclonal antibodies provide a number of benefits that can have a significant impact on the accuracy and efficiency of medical treatments.

mAbs are highly specific and accurate, meaning that they can target and bind to very specific antigens. This increases the accuracy of detection, monitoring, and treatment of diseases, and reduces the amount of time and money spent on medical research.

There are a few drawbacks to these antibodies. Firstly, they are expensive to produce and can be difficult to obtain. Secondly, the process of creating a the antibody can be long and complex. Finally, these antibodies can only target one specific antigen, meaning they may not be effective against all types of diseases.

Monoclonal antibodies are used in both clinical and research applications, including:

These antibodies can be used to detect specific disease-associated targets in body fluids or tissues, providing valuable information in the diagnosis and monitoring of various diseases.

An increasing number of monoclonal antibodies are used as drugs in clinical applications, including rituximab, trastuzumab, cetuximab, bevacizumab, and ipilimumab. These antibodies can be used to block specific signals, to deplete undesired cells and by eliciting an immunogenic response.

Monoclonal antibodies are also widely used as research reagents in a diverse range of fields, from immunology to cellular biology. The ability of these antibodies to be targeted and tailored gives researchers the opportunity to obtain precise information.

READ MORE:  Google’s Pixel 6a is a budget device with the heart of a flagship

Advantages and Limitations of Monoclonal Antibodies

Monoclonal antibodies have many advantages compared to other therapeutic or diagnostic agents. They are highly specific for a desired antigen or target, have low toxicity and have a long duration of action. They are also relatively safe and may be amenable to self-administration, which is highly beneficial for chronic conditions. Moreover, these antibodies can be used as imaging agents to track a target in vivo, providing detailed information on the target’s whereabouts in the body.

The main disadvantage of monoclonal antibodies is that they can be expensive to manufacture. Another limitation is the clinical efficacy – while many of these antibodies may be highly effective in pre-clinical models, they may not be as successful in clinical trials due to differences in biology, pharmacokinetics and immune responses.

Monoclonal antibodies are an extremely powerful tool in clinical and research applications. The ability to generate highly specific targeting agents has greatly increased the efficiency at which specific targets can be identified and treated. With the growth in understanding of molecular biology and developments in cell culture technology, the potential for clinical applications of these antibodies is immense.