You Are Here: Home » Methods of Separating the Lanthanide Elements 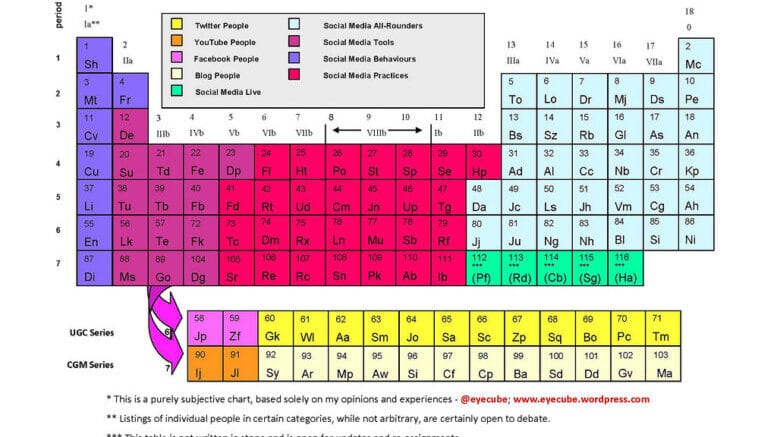 The properties of metal ions are determined by their size and charge. The lanthanide elements are all typically trivalent and are almost identical in size, and their chemical properties are almost identical. The separation of one of the lanthanide from another is an exceedingly difficult task, almost as difficult as the separation of isotopes of one element. The classical methods of separation exploits slight differences in basic properties, stability or solubility. These are outlined below. However, in recent years, the only methods used in separating the lanthanide elements are ion exchange and valency change.

If a mixture of Ln(NO3)3 is fused, a temperature will be reached when the least basic nitrate changes to the oxide. The mixture is leached with water. The nitrates dissolve and can be filtered off, leaving the insoluble oxides. The oxides are dissolved in HNO3 and the process repeated.

This can be used to separate lanthanide salts. The solubility decreases from La to Lu. Thus, salts at the end of the series will crystallize out first. Nitrates, sulphates, bromates, perchlorates and oxalates have all been used as and also have double salts such as Ln(NO3)2 . 3Mg(NO3)2 . 24H2O because they crystallize well. The process needs repeating many times to obtain good seperations. Non-aqueous solvents such as diethyl ether have been used to separate Nd(NO3)3 and Pr(NO3)3.

READ MORE:  Easy Ways to Memorize the First 20 Elements of the Periodic Table

A mixture of lanthanide ions is treated with a complexing agent such as EDTA (ethylenediaminetetraacetic acid). All the ions form complexes. Those ions at the right hand side of the lanthanide series Lu3+ form the strongest complexes as they have the smaller ions. Oxalates of the lanthanide are insoluble. However, addition of oxalate ions to this solution does not give a precipitate since the Ln3+ ions are all complexed with EDTA.

If some acid is added to the solution, the least stable EDTA complexes are dissociated. This releases ions at the left hand side of the series Ce3+, Pr3+, Nd3+ which are immediately precipitated as the oxalates. These are filtered off. Separation is not complete, so the oxalates are redissolved and the process repeated many times.

The heavier Ln3+ ions are more soluble tri-n-butylphosphate than are the lighter Ln3+ ions. Their solubilities in water and ionic solvents, however, are reversed. The ratios of the partition coefficients of La(NO3)3 and Gd(NO3)3 between a solution of the metal ions in strong HNO3 and tri-n-butylphosphate is 1 : 106. This difference is quite small, but by using a continuous counter-current apparatus a very large number of partitions can be performed automatically. This is much less tedious than performing 10,000 or 20,000 crystallizations. Kilogram quantities of 95% pure Gd has been obtained by this method. The technique was originally developed in the early days of atomic energy to separate and identify the lanthanide elements produced by fission of uranium.

The Valency change is a property used in separating the lanthanide elements. A few lanthanides have oxidation states of (+IV) or (+II). The properties of Ln4+ or Ln2+ are so different from those of Ln3+ that separation is fairly easy.

Cerium can be separated from lanthanide mixtures quite easily as it is the only lanthanide which has Ln4+ ions stable in aqueous solution. Oxidizing a solution containing a mixture of Ln3+ ions with NaOCl under alkaline conditions produces Ce4+. Because of the higher charge, Ce4+ is much smaller and less basic than Ce4+ or any other Ln3+. The Ce4+ is separated by carefully controlled precipitation of CeO2 or Ce(IO3)4, leaving the trivalent ions in solution.

Alternatively, Ce4+ cvan readily be extracted from other Ln3+ lanthanides by solvent extraction in HNO3 solution using tributyl phosphate. Ninety-nine per cent pure Ce can be obtained in one stage from a mixture containing 40% Ce.

Valency change is still a useful method of purifying Ce and Eu despite the advent in recent years for exchange.In a similar way, the properties of Eu2+, are very different from those of Ln3+. European sulphate Eu2+SO resembles the Group 2 sulphates and is insoluble in water. Ln3+ sulphates are soluble. If a solution of Ln3+ ions is reduced electrolytically using a mercury cathode, or by using zinc amalgam, then Eu2+ will be produced. If H2SO4 is present EuSc4 will be precipitated. This can be filtered off. (Sm2+ and Yb2+ may also produced in the same way, but these are oxidized slowly by water).

This is the most important, the most rapid and most effective general method for the separating the lanthanide elements and their purification

. A solution of lanthanide ions is run down a column of synthetic ion-exchange resin such as Dowex-50. This is a sulphonated polystyrene and contains the functional group – SO3H. The Ln3+ ions are absorbed onto the resin and replace the hydrogen atom on – SO3H.

The H+ ions produced are washed through the column. Then the metal ions are eluted, that is are washed off the column in a selective manner. The eluting agent is a complexing agent, for example a buffered solution of citric acid/ammonium citrate, or a dilute solution of (NH4)3(H.EDTA) at pH 8. Consider the citrate case. An equilibrium is set up;

The chromatographic process is analogous to carrying out many separations or many crystallizations, but the separation is carried out on a single column. By using a long ion-exchange column, the elements may be obtained 99.9% pure with one pass.

Be the first to commenton "Methods of Separating the Lanthanide Elements"