Esports is on the move. After decades of slow development, the industry has finally arrived as a major mainstream media sector. With so much development and speculation in such a short period of time, it can be difficult to identify where the industry is heading. In light of this, we will be taking a look here at some key trends that we can expect to see play out in this burgeoning sector over the course of 2022.

The worldwide esports industry has been steadily growing over the past decade, but unprecedented global events that arrived at the beginning of the 2020s saw the industry filling in for the traditional sports sector. This led to a boom in viewership figures, causing it to emerge into mainstream awareness and public appeal for the first time. This trend has only continued over the intervening years, and as of 2022, the esports industry is worth around $2 billion globally, up from just $250 million in 2015.

Viewership numbers similarly have skyrocketed, with around 500 million spectators projected to tune in to live-streamed esports tournaments and events in 2022, a 112% increase over 2015. This shows no sign of slowing, and we can expect a 10% year-on-year growth right through to 2025. With this increased viewership and the wider adoption of the esports industry by the traditional sporting sector, many characteristic elements of the latter are gaining ground in the world of competitive gaming. One key example of this is the growing availability of esports betting by leading bookmakers. Reputable platforms such as SBO are now actively seeking to expand the number and variety of esports events they cover alongside conventional sporting competitions ranging from the NFL to the English Premier League. It’s a sure sign that esports has arrived on the world stage, and bodes well for the industry ensuring consistent and sustainable growth over the coming years. 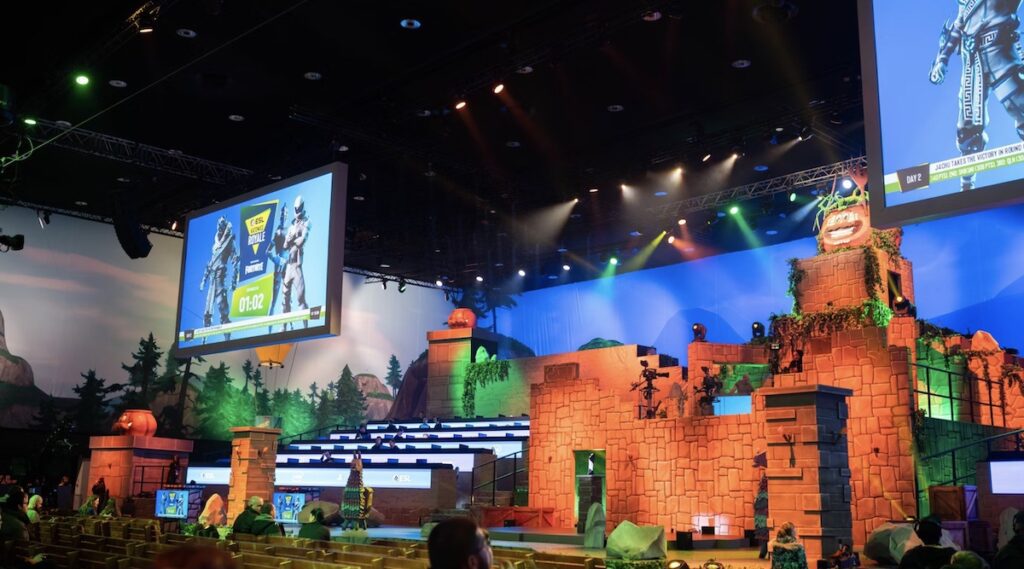 One noticeable trend we can observe of the years is that prize pools for esports events have been consistently growing over time. Each year Blizzard-Activision have consistently posted the largest prize pools in the industry with their DOTA 2 event, The International. A key element driving this growth is that the prize pool is crowd-funded. This means that as more fans participate in the event, The International’s prize money will, on balance, grow as a net result.

While in the past this was an effective strategy to ensure DOTA 2 champions can access a share of prize funds now coming in at over $40 million as of 2021, the fact that major sponsors and organizations are increasingly looking to the sector as a viable marketing opportunity implies that before long these sums will be commonplace across the board. After all, when compared to conventional sports tournaments such as the golf US Open, we can see that esports prize funds remain comparatively small at present. As such it’s safe to assume that as the industry continues to grow through 2022, prize pools will edge ever higher. Whether a rival tournament to The International, such as the Fortnite World Cup or the PUBG Global Invitational will eventually steal DOTA 2’s crown remains to be seen, however.

As the industry continues to develop, a new generation of esports hopefuls are waiting in the wings and eagerly seeking out opportunities to compete and train in their chosen games. In response to this growing demand, dedicated competitive gaming coaches are becoming increasingly popular online through platforms such as Twitch. This trend is especially well established in South Korea and other parts of east Asia, where gaming gyms are not uncommon. These venues feature high quality internet connections and top tier gaming hardware, and enable gamers to hone their skills under the tutelage of one-on-one personal trainers. In 2022 we can expect to see demand for these services grow globally, and will likely begin to see such gaming gyms opening doors in major western urban centers. In addition to gaming gyms, numerous prominent esports teams have developed dedicated gaming academies in which they’re training up-and-coming esports athletes in a focused environment. These, too, will become increasingly commonplace across the globe as more and more gamers secure sponsorship and turn professional.