Parents would no longer need to worry about the whereabouts of their kids especially when they leave the home for the pub, beach, amusement and recreational centers or even at shopping malls. This is because a new Filip Smartwatch technology that can help parents locate where exactly their kids are has been developed. The Smartwatch is fitted to the wrists of kids who in their characteristic manner are always delighted at such fanciful gadgets, yet the watch plays a much greater role and is even of more significance to a parent than to the kids wearing them. The Smartwatch is designed with very basic and simple applications and has the ability to make and receive phone calls once the required numbers have been configured into it.

Basically the Smartwatch is linked and configured to the parent’s Smartphone via an embedded application such that the watch can make calls to the connected Smartphone in times of emergency once the kid is able to press and hold the emergency button for about 3 seconds. This then would trigger a series of actions which includes the serial and automated calling of the 5 previously configured numbers in the Smartwatch until a response is received. In the event that none of the numbers responds to the distress call, the Smartwatch would dial the emergency services. FiLIP Smartwatch can send text messages to the 5 pre-arranged and configured numbers detailing the exact location where the watch is located. It can equally record ambient sounds around it that enables other people know where they are. Location of kids by parents with the aid of FiLIP is facilitated by the cell tower triangulation, GPS and WiFi that are embedded in the watch. Moreover, FiLIP Smartwatch enables parents to set up safe zones for their kids such that when a child leaves the set zones, the parent is quickly notified via his or her Smartphone and can then immediately call the watch.

The Smartwatch for now, come in four colors and the prices still hover below $200. However, with increased awareness and the mass production of this FiLIP Smartwatch It is believed that the prices would fall making it more affordable by most parents and those in developing countries as well. 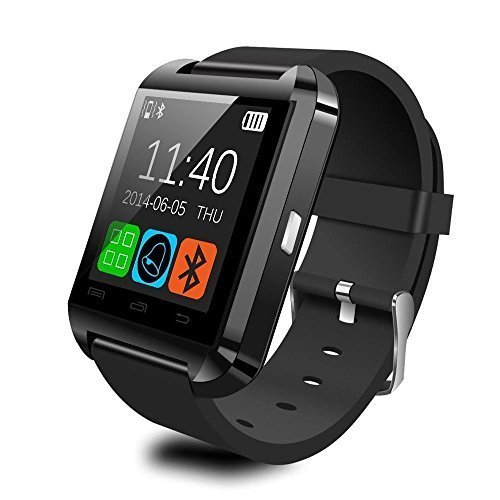