You Are Here: Home » The Linde Process and its Significance in Gas Cooling 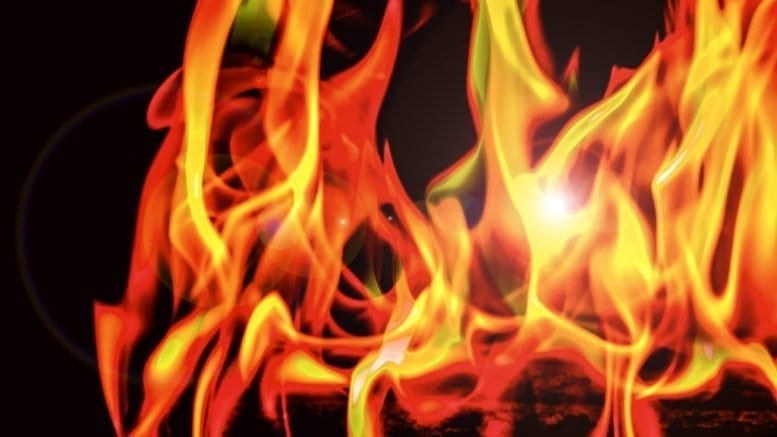 Description of the Linde Process in the Cooling of Gases

The cooling of a gas in a free expansion is small but Linde in his experiments known as the Linde Process, devised an ingenious arrangement for making it cumulative, and so producing a great temperature fall. When air is to be liquefied it must first be freed of carbon dioxide and water, which would solidify and choke the pipes; both are removed by solid caustic soda in a vessel not shown in the figure. The pure air is compressed to about 150 atmospheres by the pump P. and the heat of compression is removed in the water-cooled cooper coil C. the air then passes down the copper coil D, which runs within another copper coil e. It emerges through the nozzle N whose opening can be adjusted from outside. The nozzle lies inside a Dewar vessel or thermos flask F. The air expands on emerging, and is cooled by the Joule-Kelvin effect. It then passes upwards though the outer coil E, and as it does so, cools the incoming gas. The incoming gas in thus cooled still. On escaping through E it cools the following gas yet further. Thus the cooling of the escaping gas continuously helps the cooling of the arriving gas, and the cooling is said to be regenerative. Eventually the gas emerging from the nozzle cools below the critical temperature; and since the actual pressure, 150 atmospheres, is well above the critical pressure. 39 atmospheres, the gas liquefies and collects in the flask. The liquefier is heavily lagged with insulating materials, G, to prevent heat coming in from the outside.

You can appreciate that the regenerative cooling in the Linde Process experiments takes place only in the double coil. At all stages in the process the air enters the inner coil at the temperature of the cooling water around C. But as time goes on it passes through ever-cooler gas coming up from the nozzle, until liquid begins to form and the system reaches equilibrium.

The boiling-point of nitrogen, at atmospheric pressure, is –196­C, whereas that of oxygen is –183C. When liquid air is exposed to the atmosphere, therefore, the nitrogen boils off faster and the proportion of liquid oxygen increases. The so-called liquid air sold commercial is mostly liquid oxygen. It is more dangerous than liquid air.

At ordinary temperatures, the Joule-Kelvin effect is reversed for helium and hydrogen, that is, a free expansion causes warming. We cannot go into the explanation of that here, but we may say that it is connected with the fact that the pV/p curves of hydrogen and helium rise with increasing pressure, instead of falling at first.

These gases show a Joule-Kelvin cooling, however, if they are sufficiently cooled before the expansion. Hydrogen must be cooled below –83C and helium below –240C; these temperatures are called the inversion temperatures of the gases.

Calorimetry and the Application of Newton’s Law of Cooling