American Express (AMEX) Ventures and Global Ventures have co-led a $2.1 million seed round for Klasha, a female-led cross-border commerce solution startup based in Lagos, Nigeria, and San Fransico. Jessica Anuna, Klasha’s Chief Executive Officer, announced the development in a statement, saying that the $2.1 million round brings the company’s total funding to $4.5 million.

Global Ventures, a MENA-focused VC that has financed Tabby, Helium Health, and Paymob, was also a part of the round. “I believe the fact that Amex is now investing in the continent, especially after investing in businesses like Stripe, is solid,” Klasha CEO Jessica Anuna said, noting that the company’s addition of Global Ventures is also noteworthy.

READ MORE:  Peering back to before the cosmic dawn: astronomers unveil first results from the JWST

Klass, which operates in the cross-border commerce arena in Africa, was founded in 2018 by Jess Anuna and is based in the San Francisco Bay Area. The company has developed an app called KlashaCart, which allows users to shop from a variety of stores using naira.

“The biggest product development is this app allowing these consumers to shop from selected stores like Boohoo.com, pay using their Klasha wallet, which you can fund by several different African currencies and get delivered to their door,” Anuna said in response to the fundraiser. 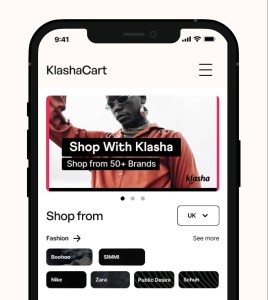 Klasha offers a lot of business and consumer-facing solutions that are all linked through a single API. KlashaCheckout enables businesses outside of Africa to accept payments from six African nations — Nigeria, Zambia, Tanzania, Uganda, South Africa, and Kenya — and receive payments in G20 currencies such as dollars, pounds, and euros.

Small businesses in these six nations can use KlashaWire to pay their suppliers in their currencies. These vendors, according to the company, are paid in their preferred currency in three days. Merchants who don’t have physical locations to receive payments can share links with clients via email or social media using Payment Links.

READ MORE:  How To Pick A Profitable Blog Niche? (Correct way in 2022)

Anuna claims that merchant acquisitions are up 20% month over month, and transaction volume is up 17.5 per cent. Klasha has completed over 210,000 transactions from over 1,700 merchants, which is ten times the number processed last October. Klasha earns money from the sales commissions and subscriptions that merchants pay to use the analytics platform.