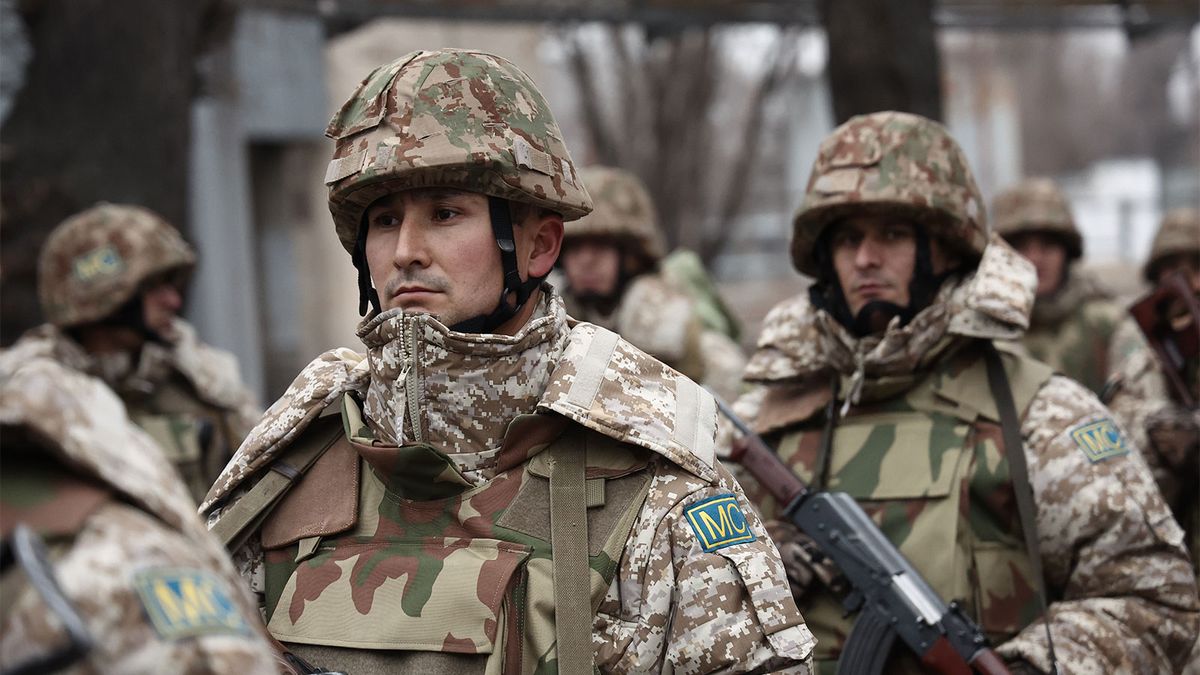 The Kazakhstan government shut off the internet nationwide Jan. 5, 2022, in response to widespread civil unrest in the country. The unrest started Jan. 2, after the government lifted the price cap on liquid natural gas, which Kazakhs use to fuel their cars. The Kazakhstan town of Zhanaozen, an oil and gas hub, erupted with a protest against sharply rising fuel prices.

Immediately, there were reports of internet dark zones. As the demonstrations grew, so did the internet service disruptions. Mass internet shutdowns and mobile blocking were reported Jan. 4, with only intermittent connectivity. By Jan. 5, approximately 95 percent of internet users were reportedly blocked.

The outage was decried as a human rights violation intended to suppress political dissent. The deployment of a “kill switch” to temporarily shut down the internet on a national scale renewed questions of how to curb the global threat of digital authoritarianism.

As a researcher who studies national security, cybersurveillance and civil rights, I have observed how information technology has been increasingly weaponized against civilian populations, including by cutting off the essential service of internet access. It’s part of an ominous trend of governments taking control of internet access and content to assert authoritarian control over what citizens see and hear.

Governments using a kill switch to block internet access on a provincial or national scale is increasing. In recent years, it has occurred as a form of social control and in response to citizen protests in multiple countries, including Burkina Faso, Cuba, Iran, Sudan, Egypt, China and Uganda. The number of internet shutdowns is on the rise, from 56 times in 2016 to over 80 times in 2017 and at least 155 blackouts documented in 29 countries in 2020.

READ MORE:  Overhaul your SEO with this automation tool

The correlation between the growing use of the kill switch and growing threats to democracy globally is not a coincidence. The impact of this trend on freedom and self-determination is critical to understand as authoritarian governments become more sophisticated at controlling information flows, including spreading disinformation and misinformation.

Kazakhstan’s internet is largely state-run through Kazakhtelecom, formerly a state monopoly. Foreign investment and external ownership of telecommunication companies in Kazakhstan are limited. The Kazakh government has the legal power to impose internet censorship and control through both content restrictions and shutdowns; for example, in response to riots or terrorism.

Citing terrorist threats, Kazakhstan President Kassym-Jomart Tokayev paralyzed mobile and wireless services for almost a week and invited Russian troops into the country to help with “stabilization” in the wake of the protests.

Kazakh authorities first attempted to block access through Deep Packet Inspection (DPI) tools to block internet communications, according to a report in Forbes’ Russian edition. DPI examines the content of data packets sent through the internet. While it’s useful for monitoring networks and filtering out malware, DPI tools have also been used by countries like China and Iran to censor webpages or block them entirely.

DPI technology is not an impermeable barrier, though, and can be circumvented by encrypting traffic or using virtual private networks (VPNs), which are encrypted data connections that allow users to shield their communications. When the DPI systems were inadequate for a countrywide block, the authorities resorted to manually shutting off access, though precisely how is unclear.

One possibility is that authorities rerouted DNS traffic, which is how domain names lead people to the right websites, or worked in collaboration with internet operators to block transmissions. Another possibility is that the National Security Committee of the Republic of Kazakhstan has the capacity by itself to block access.

The effects of the internet shutdown were immediately felt by the population. Political speech and communication with the outside world were restricted, and the ability of protesters and demonstrators to assemble was constrained.

The internet shutdown also hampered daily life for Kazakhs. The nation is highly integrated into the digital economy, from grocery purchases to school registrations, and the internet outage blocked access to essential services.

In the past, Kazakhstan’s government has used localized internet shutdowns to target isolated protests, or blocked specific websites to control information and limit the cohesiveness of protesters. In the early days of the January 2022 protest, some in Kazakhstan tried to circumvent internet restrictions by using VPNs. But VPNs were unavailable when the government disabled internet access entirely in areas.

READ MORE:  Here are the top 8 electric vehicles of 2022 with solar roofs

The power of the Kazakhstan government to institute such a widespread shutdown may be evidence of greater control of the centralized ISP than other nations, or possibly an advance to more sophisticated forms of telecommunication control. Either way, the shutdown of entire networks for a near-total nationwide internet blackout is a continuation of authoritarian control over information and media.

Shutting off access to the internet for an entire population is a kind of digital totalitarianism. When the internet was turned off, the Kazakhstan government was able to silence speech and become the sole source of broadcast news in a turbulent time. Centralized state control over such a broad network enables greatly expanded surveillance and control of information, a powerful tool to control the populace.

As people have become savvier internet users, as Kazakhstan demonstrates, governments have also become more experienced at controlling internet access, use and content. The rise of digital authoritarianism means that internet shutdowns are likely to be on the rise as well.

Margaret Hu is a professor of law and of international affairs at Penn State. She received an honorarium from Microsoft Research and her research assistant is funded by Microsoft Research. She serves on the Advisory Board of the Future of Privacy Forum.

This article is republished from The Conversation under a Creative Commons license. You can find the original article here.