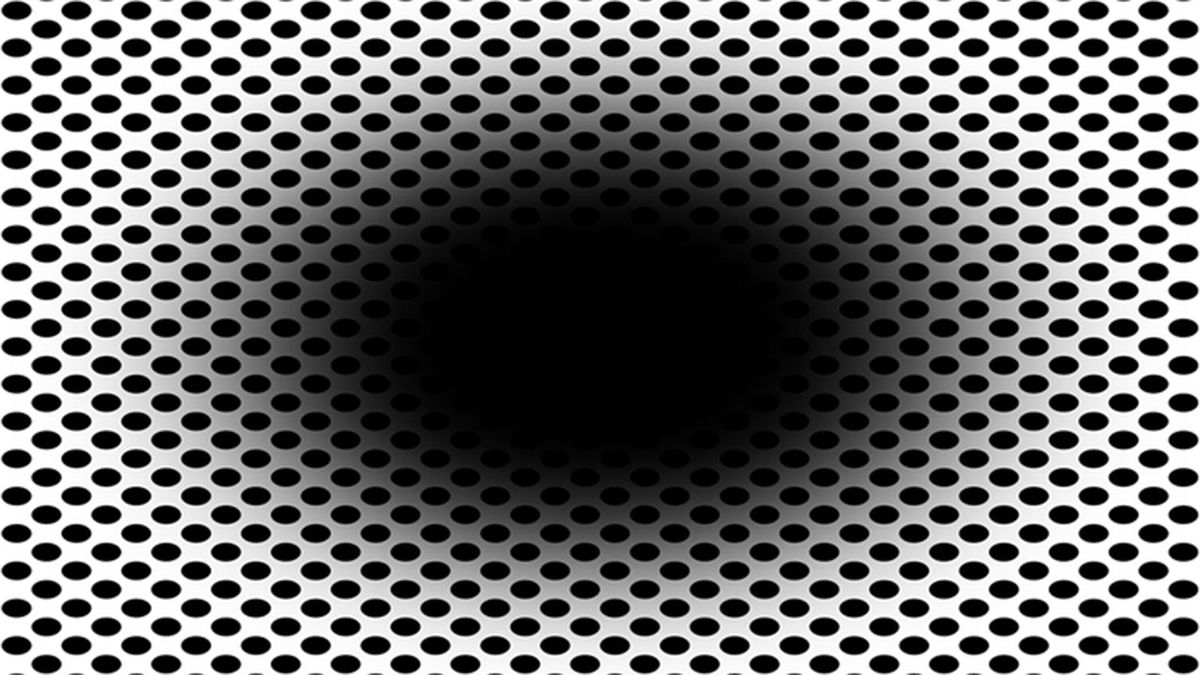 Does this black hole seem as if it’s expanding toward you? You’re not alone. Some 86 percent of participants in a new study had the same experience.

“The ‘expanding hole’ is a highly dynamic illusion: The circular smear or shadow gradient of the central black hole evokes a marked impression of optic flow, as if the observer were heading forward into a hole or tunnel,” said lead author Dr. Bruno Laeng, a psychology professor at the University of Oslo, Norway, in a press release. The study was published in the journal Frontiers in Human Neuroscience in May 2022.

The researchers found that this optical illusion deceives our brains so well, our pupils reflexively dilate to let in more light, just as they would if we entered a darkened room. This visual system adjustment is helpful in preparing us for potentially dangerous situations.

READ MORE:  What Do Digits in Phone Numbers Mean?

“Just as glare can dazzle, being plunged into darkness is likely risky when navigating into the darkened environment (e.g., by possible collisions into objects and/or instability on uneven grounds),” the authors wrote in their study. “Although, as in any illusion, this virtual expanding darkness is experienced at the cost of veridicality [visual reality], since the observer is neither moving forward nor entering any dark space, such a cost is likely to be less severe than if there were no corrections when an observer really moved forward into a dark space.”

In the study, 50 participants with normal vision saw the expanding hole illusion in a variety of colors (black, red, green, etc.) and were asked to rate how strongly they saw it. Only 14 percent didn’t see the illusion in black while 20 percent didn’t see it in the other colors. Those who saw the black hole illusion the strongest were those whose pupil diameter dilated the most. Meanwhile, the colored holes caused pupils to constrict. Researchers aren’t sure why certain participants didn’t see the illusion at all.

“Our results show that pupils’ dilation or contraction reflex is not a closed-loop mechanism, like a photocell opening a door, impervious to any other information than the actual amount of light stimulating the photoreceptor. Rather, the eye adjusts to perceived and even imagined light, not simply to physical energy. Future studies could reveal other types of physiological or bodily changes that can ‘throw light’ onto how illusions work,” said Laeng.

READ MORE:  3D Printing May Make a Warehouse a Thing Of The Past

Scientists use optical illusions in research to figure out how our eyes make sense of the visual world and this study was the first to explore how the color of the hole and the dots that surrounded it affected the participants’ physiological responses.