You Are Here: Home » Interesting Facts on the Habitat and Behavior Quokkas. 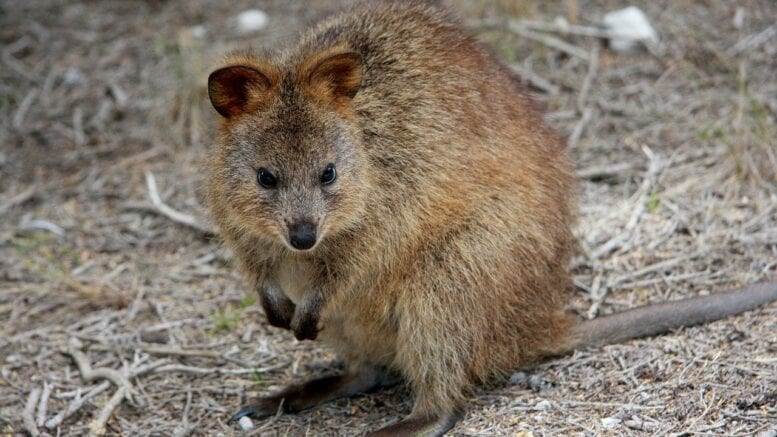 If you are quite familiar with social media latest trend of happiest animals, then you should have heard about the quokkas. But if not then not to worry we will discuss about it in today’s session. The quokka was crowned the world’s happiest animal among other species.

Where Can you Find Quokkas?

Quokkas are located on an island in Australia, this island is known as ‘Rottness Island’. This island was named after a group of famous dutch explorers back in the 17th century.

This animal primarily live in swampy forest, which is said to receive at least a thousand millimeter of rainfall annually, because of their rather particular territory, global warming is threatening the populations.

Rottness island still remains the home of the quokkas, with about 15,000 quokkas residing within the island. Animals like foxes, cats are also a danger to quakkos and since there are no foxes or cats in rottness island, it pretty much makes it a safe and secured place for quokkas to live in.

Another amazing facts about the quokka is that they live in colonel, and those that reside at rottness island are the largest counting up to 150 members strong.

Quokkas are one of the few species, in which social media tourism has benefited the most. Since 2012 quokkas selfie challenge went viral, and ever since rottness island has seen a massive boom of tourism.

Did The Large Population Of Humans Scare The Quokkas?

Well, No, this animal population didn’t decrease even though much humans came visiting the island, rather it boosts the quokkas population.

The Quokka are quite calm, so it’s very easy to get a picture with them, but be careful and do not get too close, because quokkas possesses razor-sharp teeth. There have been reports of quokkas biting people annually which drives those being beaten to require medical attention, in order to prevent infections.

The crazy part of it is that there is a $300 fine for touching a quokka.

Another thing you want to prevent is feeding the quokkas. The human food is said to give the quokkas an infection which is defined as the lumpy jaw.

Quokkas are endangered species, and despite their cuteness, it is illegal to own one as a pet.

Though quokkas look like the happiest animals, they do have disputes between them sometimes, for example, males fight females over the best hiding spot.

How Do They Mate?.

When it comes to mating, the female always chooses who she wants to mate with, if she is not impressed she would run, but if she finds a male quokka she would begin grooming him, which is an open invitation for the male to mate with her.

This is the process whereby a male and a female quokka has the ability to mate, immediately after giving birth to ensure the likelihood of a successful mating routine. This process serves as a form of backup in case the first Joey(quokka babies) does by chance. But if the first Joey survives this process won’t take place.

Does Mother Quokkas Throw Their Babies To Predators?

If a mother quokka is cornered by a predator e.g a fox, She would eject the Joey from her pouch, this would create a loud hissing noise in order to distract the predator and give the mother quokka an opportunity to escape.

Now let’s dive into some little facts about quokkas.

1) Quokkas are said to be from the marsupials and macropod family members, e.g, wallabies, and kangaroos.

3) Dutch captain Willem de Vlamingh was the first European to describe this animal back in 1696. He described than as a kind of rat which are as big as cat.

4) The Quokka feeds on tree bark, grass, and leaves. The first time they consume food, the food gets swallowed in a whole.

5) The Quokka moves around by either climbing of trees, crawling or hopping.

Be the first to comment on "Interesting Facts on the Habitat and Behavior Quokkas."