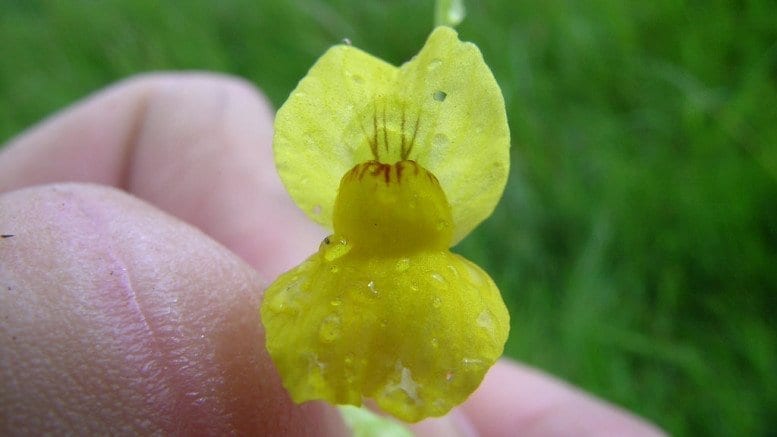 How the Utricularia Species Engulfs and Digests its Prey:Utricularia intermedia and Utricularia minor . All of these species are rootless aquatics. Certain segments of the very finely-divided leaves become modified to form hair-lined bladders or utricles which are roughly ovoid and up to 3mm in length. It is in these that tiny water animals are trapped and digested. Each bladder is on a short stalk and at the distal end there is an opening to the inside of the bladder, guarded by a door-like valve, which is hinged on one margin so that it can open inwards, but tends to remain closed to seal the aperture from the inside. From the outer surface of the valve arise a number of long fine hairs. If the bladder is ready to accept prey, pressure from outside on the valve or on its hairs, triggers open the valve, and the inflowing current of water carries with it small objects in the vicinity of the opening. 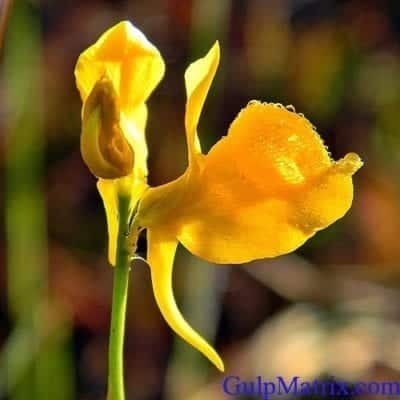 Photo by bob in swamp

In order that the mechanism can operate, there must be created within the bladder a region of low hydrostatic pressure compared with the outside. This is achieved by the impervious nature of the out wall of the bladder and the ability of the internal hairs to absorb water strongly enough to empty the bladder. This is borne out of the fact that the outer walls cave inwards when the bladder is empty. The hinging of the valve is arranged so that it remains shut unless subjected to inward pressure; it is made watertight by a membrane or velum which develops behind it.

Whether the prey captured by a bladder is killed and digested by the secretion of the enzymes, is doubtful. It is more probable that the animal dies of starvation and is then decomposed by bacterial activity. The plant would still be able to benefit by absorbing some of the bacterial digestion products.

Be the first to commenton "Insectivorous Plants— Utricularia (Bladderwort)"