You Are Here: Home » Insectivorous Plants : Pinguicula ( The Butterwort) and Dionaea (The Venus Fly-Trap) 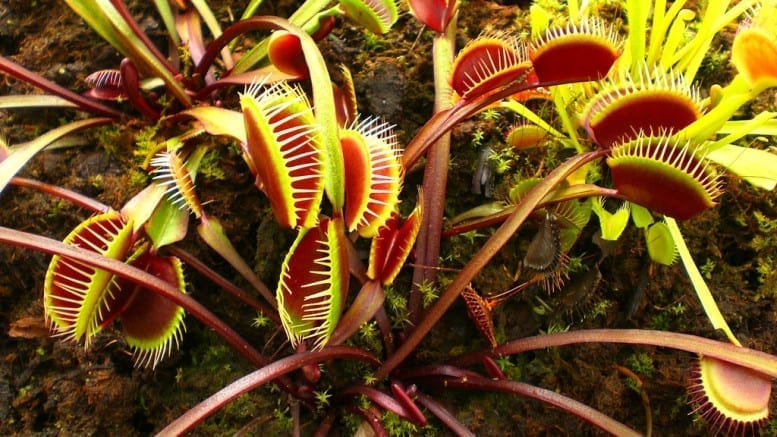 How the Pinguicula Species Engulfs and Digests its Prey: The pinguicula is another genus of the Lentibulariaceae with three British species, Pinguicula vulgaris, Pinguicula lusitanica and Pinguicula grandiflora. In these three plants, the leaves are more or less radical and form a rosette. Each leaf is roughly oval in shape with inrolled margins. On the upper surfaces are borne long-stalked multicellular glands which secrete a sticky fluid, to which small animals adhere on contact. Interspersed with these hairs are short stalked glands with usually about eight cells forming the head. These secrete a digestive fluid and the products of digestion of the animal’s body are absorbed through the leaf surface.

How the Dionaea Species Engulfs and Digests its Prey: Dionaea muscipula also known as the Venus fly-trap is a North American species of the family Droseraceae. It is probably the most widely known of all the insectivorous plants. The leaf again functions to trap the prey. It consists of a flattened petiole ending in a bi-lobed blade, the two halves of which of which from the midrib form an angle just over ninety degrees with one another. Each leaf lobe bears stiff bristle-like projections along its margin and on its upper surface three sensitive hair-like processes standing stiffly upwards. The upper surface also bears other smaller glandular structures which give it a reddish color. 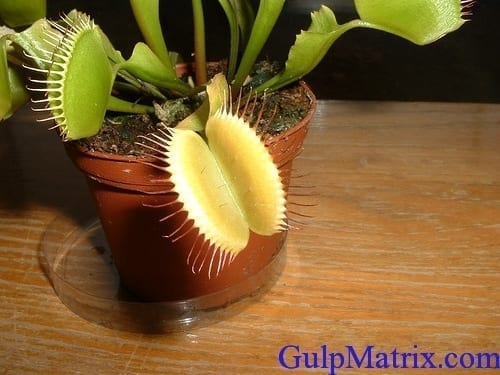 When one of the sensitive hairs is touched by a small animal it serves as a stimulus to cause a rapid folding together of the two leaf lobes whose marginal spines interlock to form a tightly-closed trap. Normally a double stimulus is required to set the trap in motion, either two hairs must be touched or one touched twice within a period of about fifteen seconds. After the first rapid movement the leaf lobes squeeze together more slowly. The small glandular hairs on the surface discharge a digestive fluid which decomposes the animal so that absorption can be effected, and the leaf remains closed until this is complete. The leaf can also be stimulated by touch with other solid objects but the closing mechanism is fully effective only if the object contains nitrogenous materials, so that the response is in part chemonastic. A touch with a pencil, for instance, results in only a partial closure of the trap followed by quick reopening, whereas a piece of meat induces a full response. the mechanism of closure is at first due to osmotic changes in the cells in the midrib region, and these changes can occur only as a result of the conduction of the excitation caused by the stimulus, from the sensitive hairs to the midrib. The later and slower part of the reaction, namely the tighter squeezing together of the leaf lobes, is a growth phenomenon.

Be the first to commenton "Insectivorous Plants : Pinguicula ( The Butterwort) and Dionaea (The Venus Fly-Trap)"