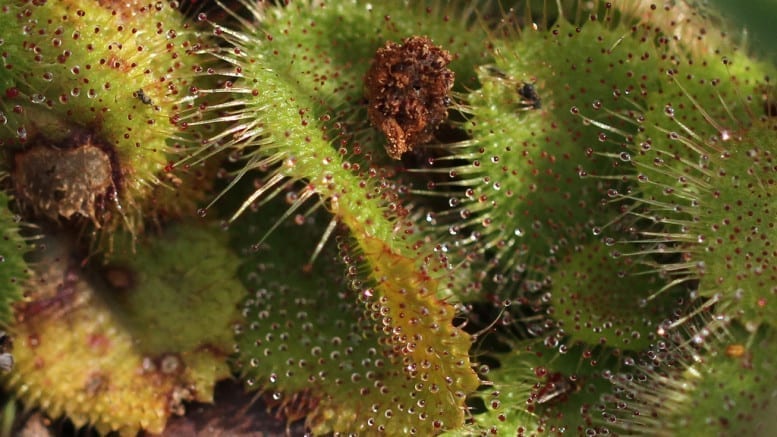 Insectivorous plants have come to be very prominent in biological studies owing by the unique way it obtains nutrition from animals. from the bodies of insects and other smaller animals. This method of obtaining food is in addition to the normal photosynthetic process since the insectivorous plants possess chlorophyll. The mechanisms by which the prey is captured and subsequently treated show some variation and are among the most fascinating of all plant adaptations. All the species are included in a small number of flowering plant families and few representative genera such as Drosera would be described below. 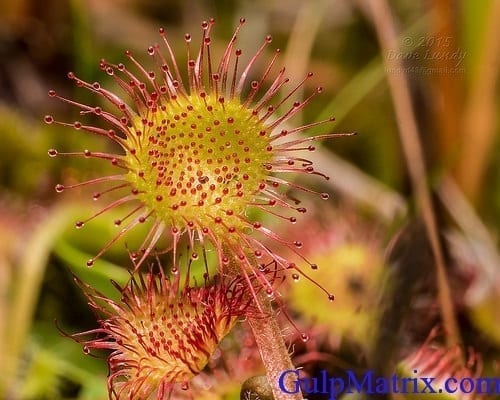 How Drosera Species Engulfs and Digests its Prey: The Drosera is a genus of the family Droseraceae with three British species, namely, Drosera rotundifolia, Drosera anglica and Drosera intermedia(Drosera longifolia). All are inhabitants of damp, peatylocalities. The plant has a rosette habitat and each leaf forms an organ by which the insect is trapped and digested. Its upper surface bears a number of multicellular glandular hairs or tentacles which are long at the leaf margins and shorter in the center. The whole leaf surface is always sticky due to secretary activity of other smaller glands and the knob-like glandular ends of the tentacles secrete proteolytic enzymes capable of digesting the animal body. The same glands function also to absorb the decomposition products.

The reaction of the leaf on being stimulated by the presence of an insect is to bring about curvature of all the outer tentacles inwards towards the leaf centre, so that the insect is completely enmeshed. All the glands then vigorously secrete to form a large drop of fluid in which the animal is submerged. Charles Darwin showed that the curvature is partly chemonastic since it can be induced by liquid substances which contain nitrogenous material, but comparatively few others. However, response to contact is also observed and similar results are obtained when a whole variety of solids are touched against the tentacles. The movements are growth curvatures of the tentacles and are caused by increased growth rate of a tentacle, causing bending towards the leaf center. The stimulus can be transmitted through the leaf, since if only one tentacle in the center of the leaf is stimulated; the more distantly-situated tentacles curve inwards. It is probable that the conduction of the excitation is hormonal and that an auxin is involved.

Insectivorous Plants : Pinguicula ( The Butterwort) and Dionaea (The Venus Fly-Trap)

Be the first to comment on "Insectivorous Plants : Drosera (The Sundew)"