You Are Here: Home » How Industrial Fractionation of Crude Oil Occurs 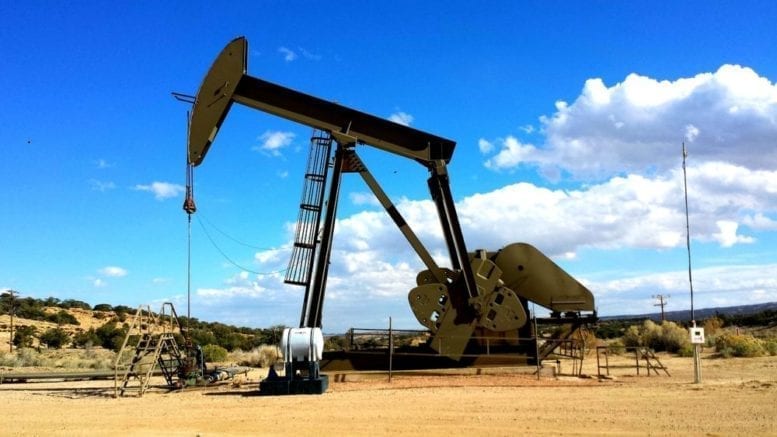 Crude oil exploration and drilling is a geochemical process that has become a major money spinner for countries and governments where petroleum is found. Industrial fractionation or what is commonly known as fractional distillation of crude oil to give its various fuel components is one of the major activities carries out at refineries which are multi-million dollar gigantic infrastructure projects.

We shall examine in this post, what actually industrial fractionation is and how it applies to crude oil refining.

Mapping is done by exploding dynamites in deep holes in the earth’s crust and recording the reflections of the shock waves from the rock layers. From the recordings, a geologist can map the rock layers and detect possible oil-bearing areas.

Crude oil is extracted by drilling deep holes or wells into the ground. The drilling is done by a rotary rig which is supported by a derrick. When a well reaches an oil-bearing layer, crude oil and gas may shoot up into the air under high pressure. Usually the crude oil has to be pumped out. It is then stored in large steel tanks until it is sent to oil refineries by pipelines or tankers.

Crude oil is not a single compound but a complex mixture of hydrocarbons. It is so valuable that people call it ‘black gold’, yet, as obtained from the ground, crude oil is just about useless. To justify its true worth, crude oil must undergo fractional distillation first.

How is crude oil refined? Crude oil is a complex mixture of hydrocarbons and its high value has made it to be referred to as black gold. For crude oil to become useful, it needs to be separated into its various hydrocarbon component via a process known as industrial fractionation or more commonly known as fractional distillation which is based on the relative boiling point of these fractions and each of them can be identified by their odor, color, volatility, texture and flammability.

In this process, it is separated into different portions called fractions. Each fraction contains several compounds, all of which fall within a certain boiling point range. We can differentiate these fractions from one another by their different volatility, odor, color, texture and their relative ease of ignition and burning.

Industrially, the fractionation is done on a far larger scale than what is usually described in texts or article write ups. Crude oil is treated in oil refineries, i.e. in huge industrial complexes that separate, break down and sometimes also recombine crude oil into different fractions, each meeting a particular end use. An oil refinery processes a few million tons of crude oil yearly and may occupy an area as large as a town.

The fractionating column is divided into several compartments by perforated plates called trays, each of which is maintained within a specific range of temperature. Each tray is a little cooler than the one below, so that towards the bottom of the column, the temperature is around 400oC, while the temperature at the top part of the column is only 40oC.

The different fractions are drawn off at different heights on the column, re-distilled to improve purity and then further treated to obtain different liquid fuels and petrochemicals.