You Are Here: Home » Industrial Brewing of Malt Drink from Sorghum 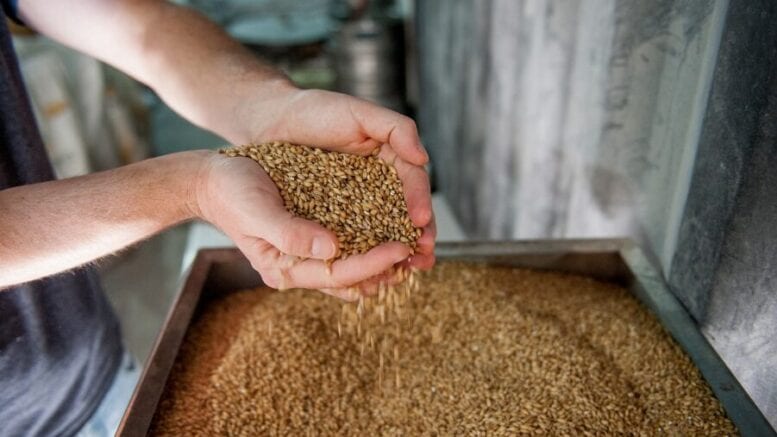 The processes involved in the brewing of malt drink is very similar to that of lager beer production except that the sorghum is malted, caramel added to the wort in the wort kettle and also product does not undergo fermentation and centrifugation. During the brewing of malt, a brew size for most brewing industries is as follows:-

Malting of Sorghum for Malt Production

Malting is the limited germination of sorghum under carefully maintained conditions. It involves a series of step in the processing of raw sorghum. Basically, malting is the washing, germination and kilning of sorghum before it is milled and converted to products to be used in the brew house.

READ MORE:  How to Profitably Invest in Technology Stocks

(i) The sorghum is washed with water and air bubbled for about 12hours depending on the initial state of the sorghum. Air is bubbled through the tank in order to remove the carbon(IV)oxide produced so as to allow for more aeration in the steeping stage.

(ii) The sorghum is then soaked in formalin that is mixed with water for about 4hours.

(iii) Finally, the sorghum is then rewashed with water.

Finally, if this new plant is allowed to continue growing or germinating, a new sorghum offspring is formed. This is not required so it leads to kilning which is done to stop the growth. The germinated sorghum is dried under the sun before it is transferred to the kilning for final heating while drying. It is assumed that any ungerminated sorghum would germinate.

The type of brew could also influence to an extent a kilning process would take. Dark sorghum(over heated sorghum) would produce a darker blend of malt drink. There are two types of kilning procedure—the electrical and the burning method any of these methods could be used depending on the availability of the facility needed for this process to proceed. The malted sorghum is stored in bags for future brewing and the efficiency of preserving this malted sorghum is largely dependent on how well it has been malted. If kilning is done poorly, there could be continuous germination in the package bags and uneven germination if not well washed and treated. These problems could lead to the production of less sugar for fermentation in the fermenting vessels during brewing.

In the brewing of malt, all the processes and procedures that are involved in the brewing of larger beer are also adopted starting from the milling to the mash kettle then to the mash tun and then to the wort kettle and then the filter room. However, in malt brewing, sugar is added at about 1900kg per brew and caramel is also added for color development. It is noteworthy that know that the wort in the wort kettle is boiled to a temperature of about 100ºC in order to concentrate the wort. The gravity of the product is taken at this stage because gravity increases with increase in concentration.(normal gravity is 11.0). One other ingredient added to mail in its brewing process is vitamin C which is added to the filtered product in the Bright Beer Tanks(BBT).

Before bottling of the finished product(malt drink) begins, the bottles are first washed with hot water and caustic soda in order to effectively eliminate any form of microbial growth. These washed bottles are now taken to the filler machine via a conveyor mechanism where they are filled with the products alongside with carbon(IV)oxide and then crowned.

These crowned products are then transferred to the pasteurizer where they are pasteurized before being packaged for storage. Pasteurization is a very important stage in beer or malt drink production or brewing because it ensures the total elimination of every form of microbial activity. This is achieved because the bottled products are subjected to high temperature of about 60ºC and then gradually cooled to about 45ºC

Detailed Procedure and Stages on How to Brew Lager Beer Industrially