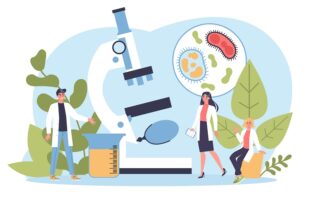 Despite its appearance, microbiology is one of the most important branches of biology. By closely examining microorganisms, microbiologists play an important role in disease prevention, agrochemical development, and even environmental preservation.

In this case, the discipline is used to learn about every part of the organisms in order to understand not only how they exist in their environments, but also how they affect their individual surroundings and other organisms nearby (human beings, animals, etc.).

Microbiology has consistently proven to be one of the most important fields in biology, allowing us to understand how certain microorganisms cause diseases, discover treatments for such diseases, and even use a few microbes for industrial applications, among other things.

Microorganisms are found in the majority on the planet. All living things, including humans, plants, and animals, are inextricably linked to the microbes because they recycle important nutrients such as carbon and nitrogen which are essential for life, break down organic matter, and influence our daily lives.

What exactly is Microbiology?

These microbes are required for the biotechnological process, as well as nutrient cycling, biodegradation, food spoilage, climate change, and the cause and treatment of various diseases. Scientists estimate that 2 to 3 billion species coexist with humans on Earth, accounting for more than 60% of the planet’s living matter. Some microbes also degrade organic matter and recycle nutrients such as carbon and nitrogen, both of which are required for life.

They can be used in a variety of processes, including biofuel production, pollution removal, and the production or processing of food and beverages. The following sections will go over several areas where microbiology is extremely important.

Bacteria and fungi are important decomposers in the environment. As they decompose trash or dead organic matter, they emit inorganic molecules. Green plants absorb these nutrients, which are then consumed by animals, and decomposers break down the byproducts of these plants and animals.

READ MORE:  What is Adaptive Radiation in Birds?

The surface of a fruit is naturally infested with yeast, a single-celled fungus. It is used in the production of bread, beer, yoghurt, and other products.

Microorganisms are sometimes multicellular and sometimes unicellular because they lack differentiated tissues.

Microorganisms cause disease and decay because neither of these changes are inherent in organic objects. Numerous microorganisms have been identified as entering human bodies and causing a wide range of diseases in cattle, crops, and other animals.

Human diseases that are well-known include:

Microorganisms benefit the environment in a variety of ways. Aside from those who pose a threat to us, there are those who are critical to the health of our ecosystem. Here are some of the most important advantages explained.

Importance of Microbiology in the Pharmaceutical Industry 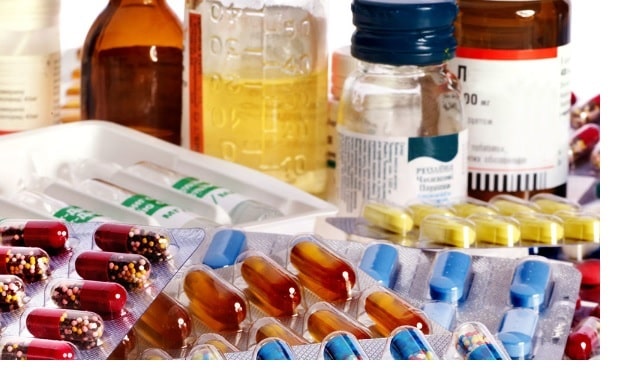 Antibiotic discovery is one of microbiology’s most significant contributions to the pharmaceutical industry. Antibiotics are produced as a metabolic byproduct by microorganisms. The vaccine, which prevents viral infection, is another significant microbiological discovery. For example, the polio vaccine aids in the global eradication of polio.

Steroids are another pharmaceutical item produced by microbes. Other significant advances in microbiology include the prevention of microbial contamination of medications, injectables, eye drops, nasal sprays, and other pharmaceuticals.

Importance of Microbiology in Medicine and Science 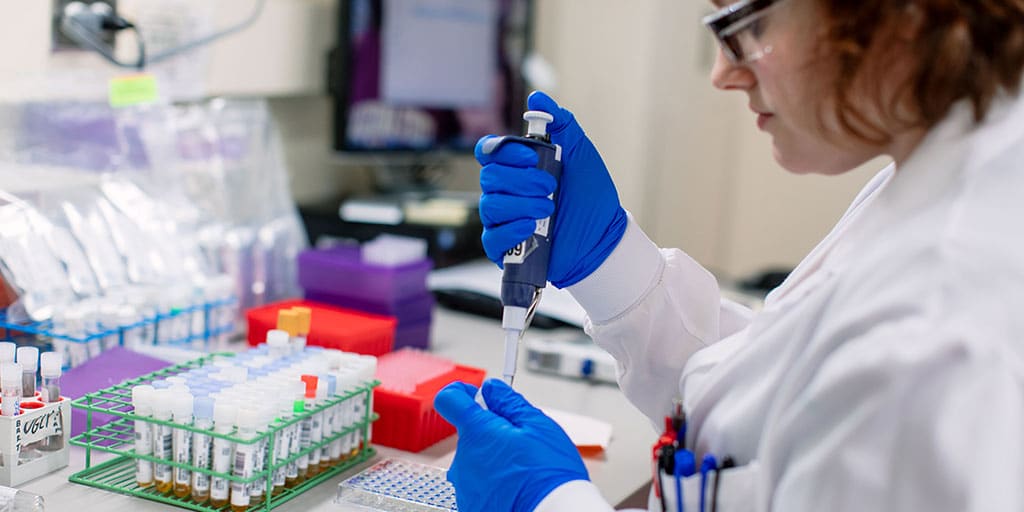 Microorganisms can both benefit and harm cells in humans and animals. These microbes include viruses, bacteria, fungi, and parasites. Microbiology is important in medicine for a variety of reasons.

Because of their expertise in medical microbiology, microbiologists can recognize, isolate, diagnose, and prevent harmful bacteria. They can also develop antibacterial drugs by genetically engineering beneficial microbes.

Fluorescent fusion is an example of medical microbiology that aids in the rapid detection of pathogens in tissue specimens.

Importance of Microbiology in Biotechnology 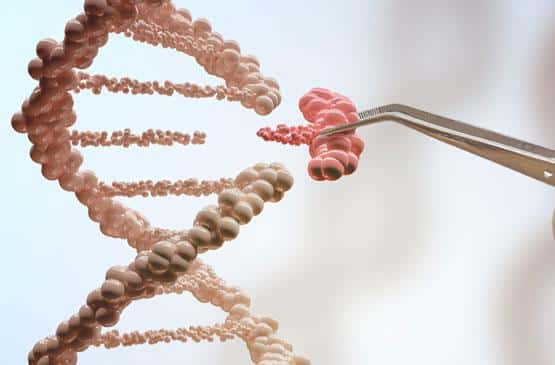 Microorganisms have numerous applications in biotechnology. In fermentation, microbes are used to break down complex organic materials in order to produce organic acids, ethanol, vinegar, and fermented foods.

Microbes, such as viruses, are used as a source of molecular vectors such as plasmids, phagemids, and cosmids in molecular biology and recombinant DNA technology.

Organic wastes are broken down by microbes in bioremediation to remove hydrocarbons and organic compounds from sewage water.

Microbiologists use bioleaching and biomining processes to extract metals or heavy metals from ore.

Importance of Microbiology in the Food Industry 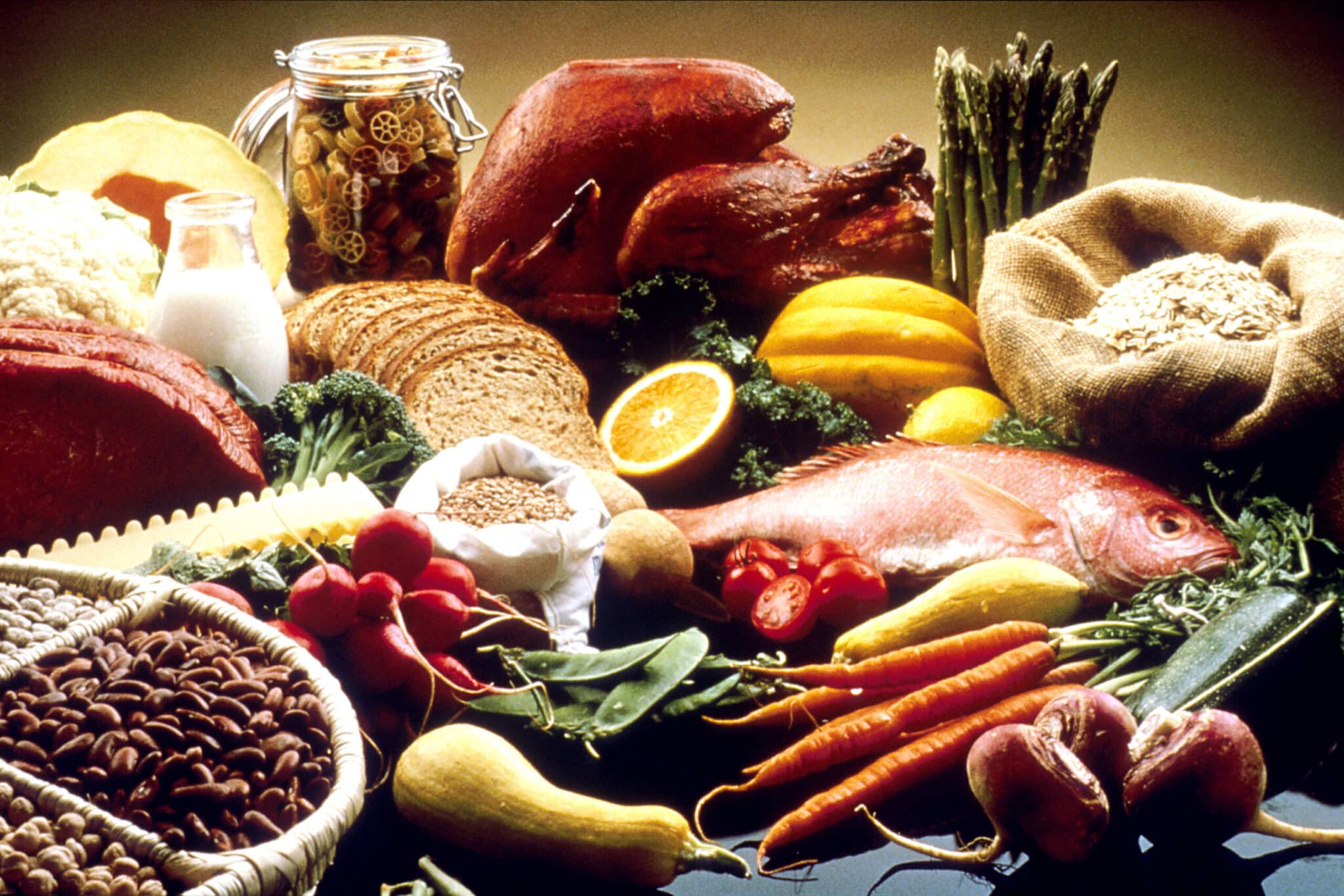 Microbes involved in food microbiology include bacteria, yeasts, and moulds. Bacteria primarily cause food poisoning and food deterioration, which results in a variety of gastrointestinal disorders.

Various bacterial strains are used to produce a wide range of foods and dairy products. Lactobacillus Bulgaricus, Bifidobacterium sp., and Streptococcus Thermophiles are among the bacterial strains.

A few microorganisms, such as bacteria and viruses, are used to control agricultural pests. As a result, they are referred to as natural pesticides. They are so specific to pests or insects that they have no effect on humans, animals, plants, or other living things.

Nisin is an antibacterial substance used in cheese, meats, and beverages to extend shelf life by inhibiting the growth of bacteria.

Importance of Microbiology in the Environment 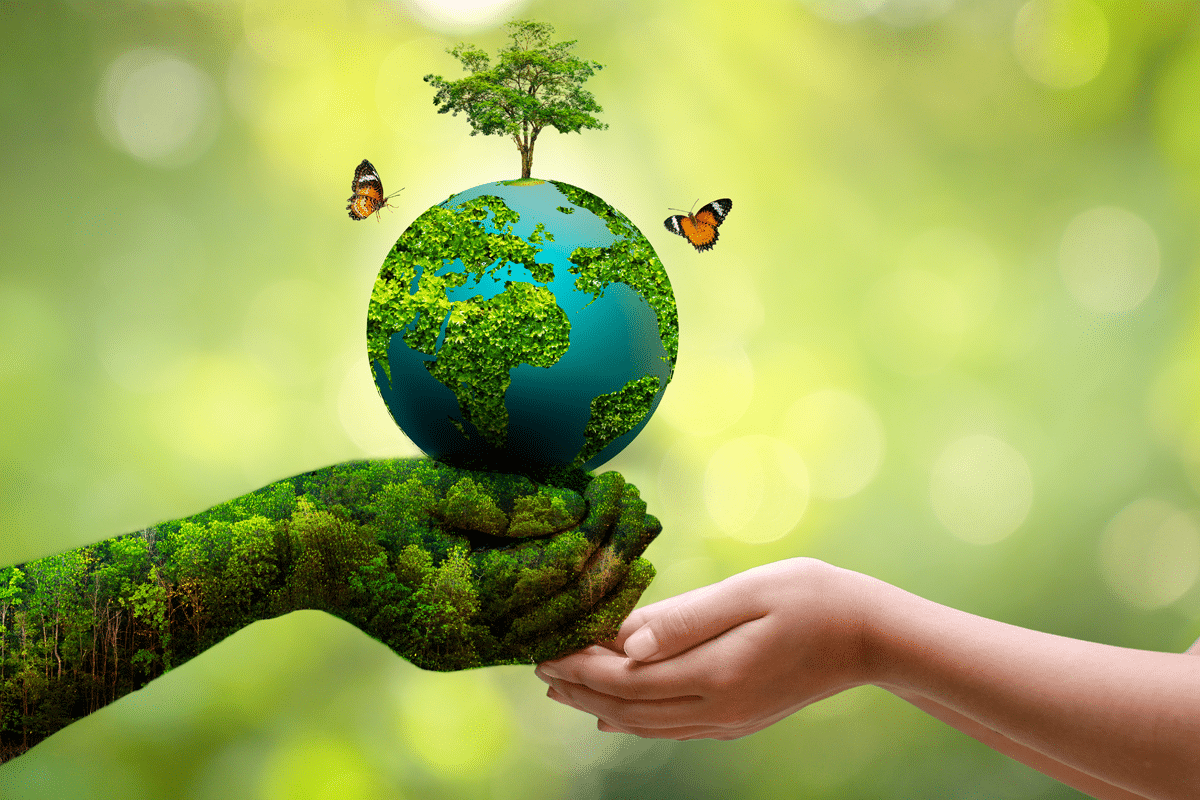 The study of the composition and biology of microbial communities in natural environments is known as environmental microbiology. Microorganisms are used in cleaning up oil spillage. Although dealing with oil spills in coastal areas and the open sea is difficult, a significant amount of oil can be removed by the hydrocarbon-degrading activities of microbial populations, specifically the Hydrocarbonoclastic bacteria (HCB). These species have the potential to help with the ecological restoration of oil-contaminated maritime environments.

Importance of Microbiology in the Production of Chemical Substances 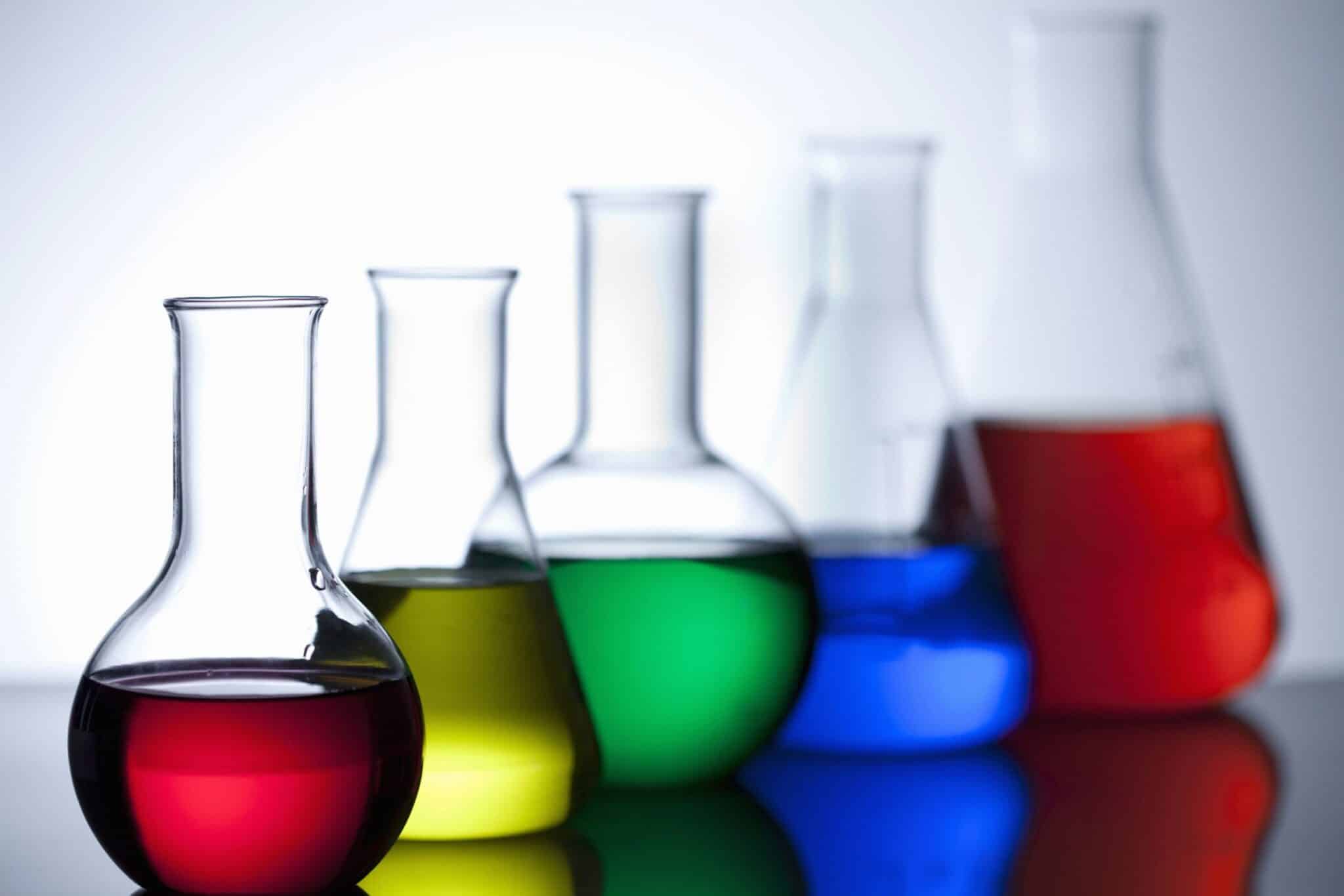 Microorganisms are used in the production of a wide variety of industrial chemical products.

READ MORE:  The Functional Role of Releasers in Behavioral Responses

Importance of Microbiology in Biofuel Production 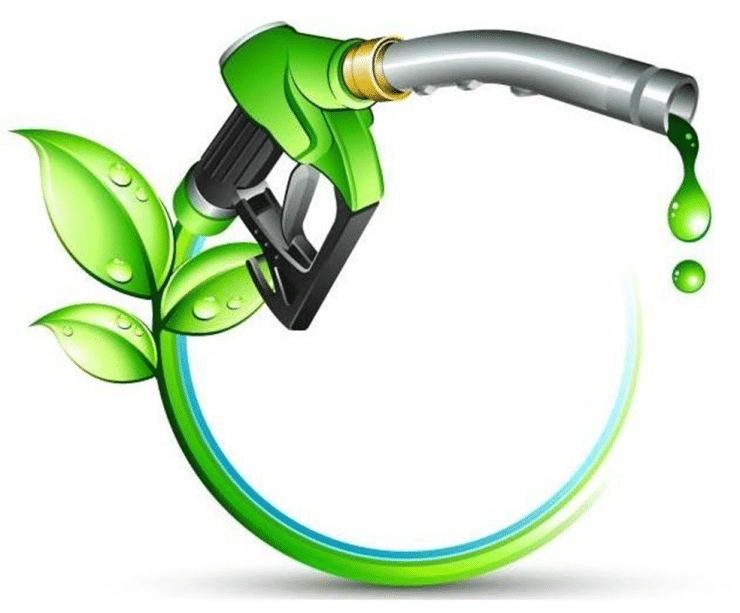 Anaerobic digestion of microalgae biomass can produce biomethane, and carbohydrate fermentation can produce ethanol. Microalgae oil can also be used to make biofuel.

Microalgae is a significant source of oil content for biodiesel production. They also have higher levels of lipids, which are used as a starting point for the production of biodiesel.

Microalgae contain large amounts of cellulose, starch, mannitol, agar, and laminarin, which are fermented to alcohol (ethanol and butanol). This group of microalga includes Chlorella, Dunaliella, Chlamydomonas, Spirulina, and Scenedesmus.

The Importance of Microbiology in Our Daily Life 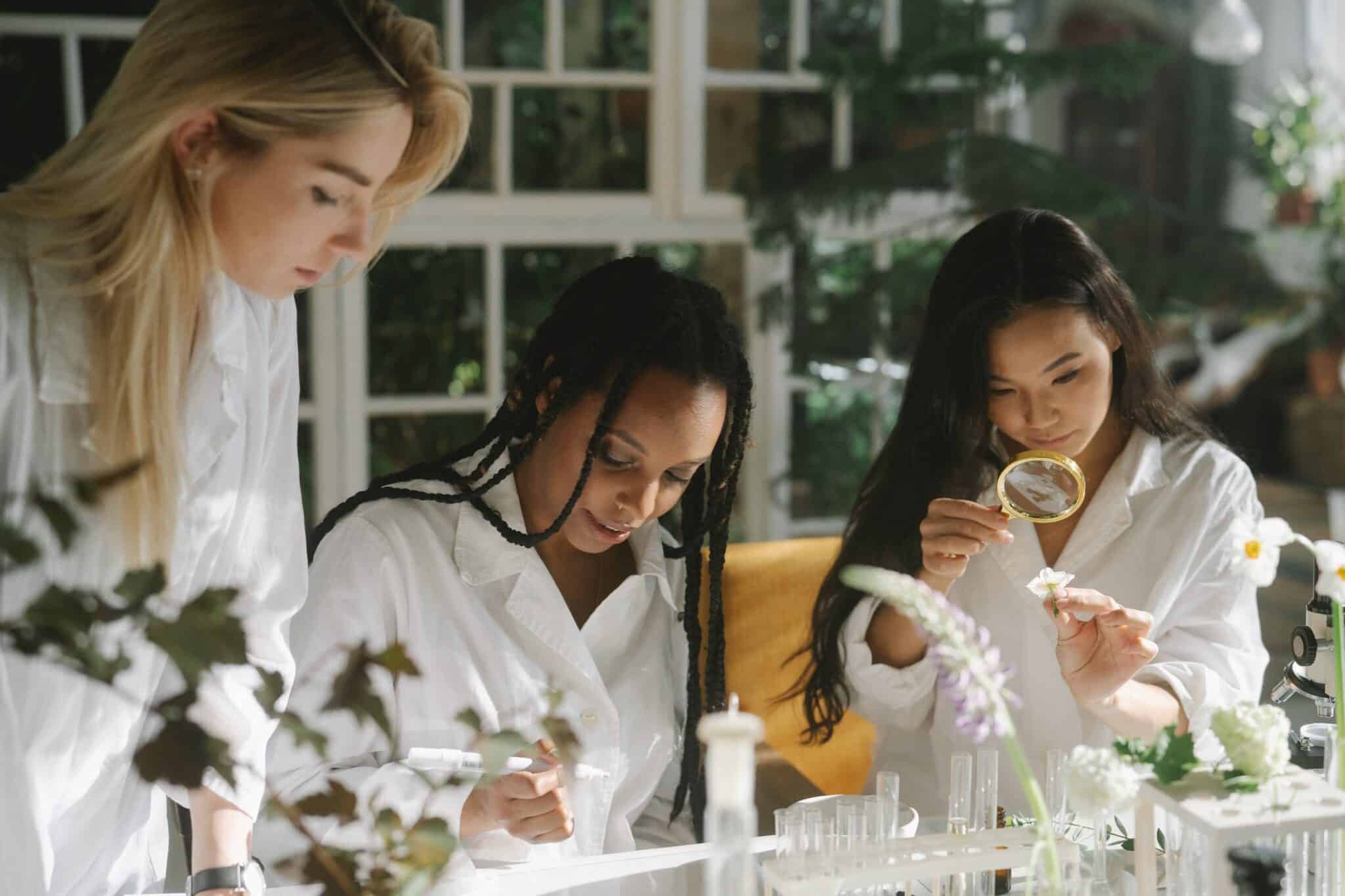 Lactobacillus bacteria convert lactose sugar in milk to lactic acid, transforming milk into curd. Yeast can also be used to make bread, and bacteria are required to make yoghurt. Furthermore, only microorganisms in the human body can produce vitamin K.

Microbiology studies the morphology, physiology, metabolism, reproduction, and genetics of microorganisms in order to improve and broaden our fundamental understanding of them. This is how microbiology makes a significant contribution to a variety of industries. In the coming years, we will see a wide range of additional microbiology applications that will be extremely beneficial to us in every way.

Microbiology is divided into several areas due to its importance and ease of study, including parasitology, mycology, bacteriology, virology, and microbial genetics.

Microbiology’s specific disciplines share many similarities with one another and with other academic fields, and some of its elements may extend beyond the traditional boundaries of microbiology. Cellular microbiology is a microbiology subfield that focuses solely on research.