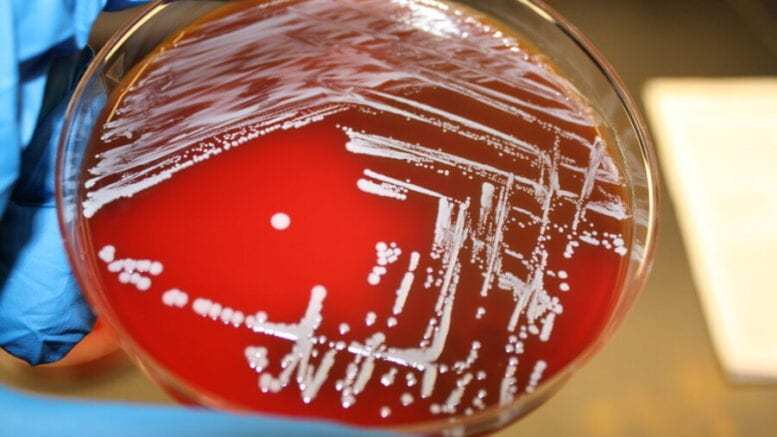 Deoxyribonuclease hydrolyzes deoxyribonucleic acid (DNA). The test organism is cultured on a medium which contains DNA. After overnight incubation, the colonies are tested for DNase production by flooding the plate with a weak hydrochloric acid solution. The acid precipitates unhydrolyzed DNA. DNase-producing colonies are therefore surrounded by clear areas due to DNA hydrolysis.

Up to six organisms may be tested on the same plate

No clearing around the colonies …… DNase negative strain