You Are Here: Home » How to Identify and Isolate Vibrio Cholerae Using Culture Media 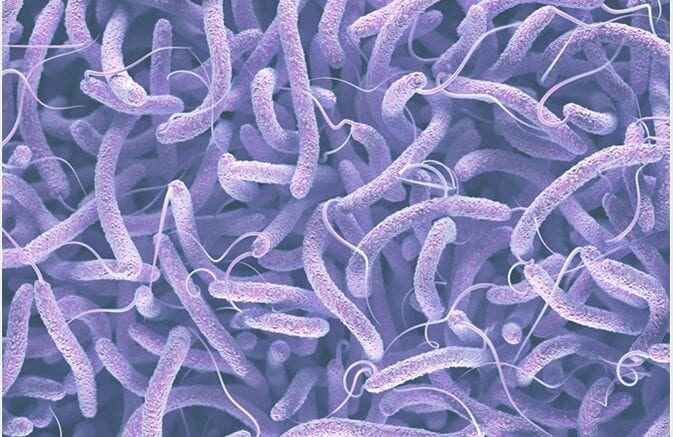 Before we begin to examine the identification and isolation of Vibrio cholerae using culture media, we shall first take a closer look at its Pathogenicity.

Cholerae causes cholera which is endemic in about 80 countries. Two serogroups of Vibrio cholerae cause epidermic cholera:

Note: The Hikojima serotype is rare. It possesses characteristics of both Inaba and Ogawa serotypes.

cholerae 01 El Tor is the cause of the current 7th cholera pandemic which started in Indonesia in 1961, spreading rapidly to Bangladesh, India , Iran, Iraq, and in 1970 to West Africa from where it spread to East, Central and South Africa. In 1991, cholera reached Peru and has now spread throughout South and Central America. In 1997 – 1998, 80% of the global total of cholera cases was reported from countries in the Horn of Africa due to exceptionally heavy rainfall and floods.

This recently identified serogroup is the cause of a cholera epidemic which began in Bengal in 1992 and has now spread to much of Southeast Asia and the Far East. Cholera due to V. cholerae 0139 has been reported from China, Saudi Arabia and eleven countries in South Asia.

Note: Several other serogroups of V. cholerae cause diarrhoeal disease but not epidemic cholera.

cholerae 01 and 0139 causes secretory non-inflammatory diarrhoeal disease. The organisms produce a powerful enterotoxin (cholera toxin) which comprises two subunits A and B. The B subunit binds to receptors on the intestinal cell, enabling the A subunit to enter the cells. Inside the cells, the A subunit activates the enzyme adenylate cyclase which increase the level of cyclic adenosine monophosphate (cAMP) in the cells. This result in the secretion of large volumes of fluid and electrolytes into the lumen of the intestine and the severe almost continuous watery diarrhea associated with cholera. Faecal specimens are often referred to as ‘rice water’ stools.

In acute cholera, the rapid loss of fluids and electrolytes in vomit and stools leads to severe dehydration which if not corrected can be rapidly fatal due to renal failure and hypovolaemic shock. Many V. cholerae infections are mild and do not progress to severe cholera. In endemic cholera, young children are more commonly infected than adults.

cholerae is transmitted by the faccal-oral route with most epidemics occurring when water supplies become faecally contaminated. Transmission can also occur by ingesting contaminated food e.g. uncooked shellfish and other seafood collected from polluted coastal waters. Marine shellfish and plankton are important reservoirs of V. cholerae.

cholerae is a Gram negative motile usually curved rod (vibro), measuring 3- 4 x 0.5µm with a single flagellum at one end. The typical morphology of vibrios is shown in colour Plate 7. In smears made from solids cultures, the vibrios may appear less curved. The use of dilute fuchsin (1 in 10) is recommended as a couterstain in the Gram technique when staining Vibrio species. V. cholerae 0139, unlike V. cholerae 01, is capsulated.

Alkaline peptone water: V. cholerae grows rapidly producing growth (turbidity) on and just below the surface of the medium, usually within 4 – 6 hours. It is an enrichment medium and its alkalinity suppresses the growth of intestinal commensals. To confirm that the organisms are vibrios, examine a wet preparation of Gram stained smear.

This is an excellent selective medium for the primary isolation of V. cholerae. Prior enrichment in alkaline peptone water is recommended unless the specimen is likely to contain many vibrios.

On TCBS agar, V. cholerae 01 and 0139 produce 2 – 3mm in diameter sucrose-fermenting yellow colonies after overnight incubation at 35 – 37oC, (see colour Plate 8). Similar colonies are also produced by other V. cholerae serogroups and most strains of Vibrio fluvialis (described at the end of this subunit). Occasionally, enterococci grow on TCBS agar and also Aeromonas

Monsur’s modified medium (peptone substituted for typticase and gelatin omitted) can also be used as a selective medium for the primary isolation of V. cholerae. When compared, however, with TCBS medium, the colonies produced on Monsur’s medium are not as easy to differentiate. Monsur’s medium is also more difficult to prepare than TCBS. The amount of potassium tellurite added to the medium must be exact otherwise the growth of V. cholerae will be suppressed.

KIA: Vibrio cholerae produces a red-pink slope and yellow butt. Gas is not formed and H2S is not produced.

Media containing bile salts: Most strains of V. cholerae are able to grow on MacConkey agar, producing small non-lactose fermenting colonies after overnight incubation. With prolonged incubation, lactose may be fermented. V. cholerae grows poorly or not at all on DCA and XLD agar.