You Are Here: Home » How to Identify and Isolate Salmonella Species Using Widal Test 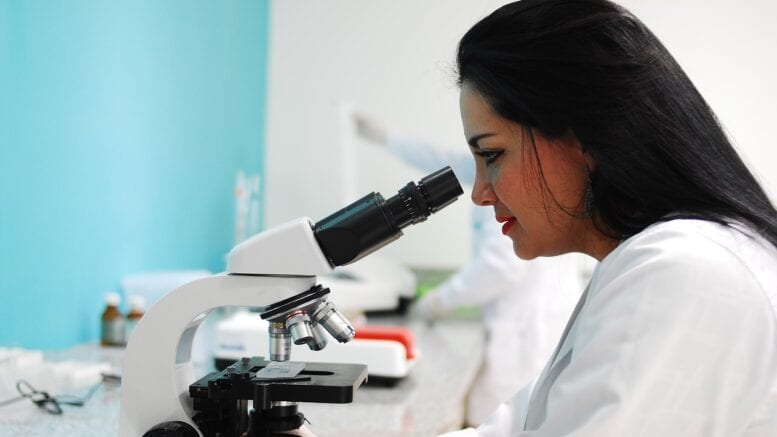 The Widal test is a serological technique which tests for the presence of Salmonella antibodies in a patient’s serum. When facilities for culturing or antigen testing are not available, the Widal test if performed reliably and interrupted with care (with clinical findings), can be of value in diagnosing typhoid and paratyphoid in endemic areas. It is of no value in the investigation of Salmonella food-poisoning.

When investigating typhoid, the patient’s serum is tested for O and H antibodies (agglutinins) against the following antigen suspensions (usually strained suspensions):

Testing for Paratyphoid, A, B, or C: The following Antigens Suspensions are Required:

Specimen: Sufficient serum for the Widal test can be obtained from 3 – 5ml of patients venous blood collected into a clean dry tube and allowed to clot. The serum must be free from red cells. It must not be heated. Whenever possible, collect a second specimen 7 – 10 days later to test for a rise in antibody titre. This, however, may not be possible to demonstrate.

Note: The type of agglutination seen with O reactions is granular while that seen with H reactions is a more uneven type of clumping. Both slide and tubes are more easily read against a dark background.

The value of the Widal test in diagnosing enteric fever in endemic areas remains controversial. Some express the view that the test lacks standardization and adequate sensitivity and specificity to be clinically useful, while others consider the test to have a diagnostic value when judged with clinical findings and a knowledge of the ‘normal’ O and H agglutinin titres in the local population (‘baseline titres’). Of shared course concern, however, is how to avoid misuse and misinterpretation of the Widal test. Information received from tropical and developing countries where typhoid is endemic suggest that active typhoid is associated with:

Note: Up to 10% of patients with active typhoid show no rise in O or H titres. This may occur in some patients due to severe hypoproteinaemia.

O and H agglutinin titres of most healthy persons have been found to be below those that occur in patients with active typhoid. A small percentage of patients with non-typhoid febrile (fever) illnesses may show significantly raised O and H titres.

Causes of Raised O and H Titres Other than Active Typhoid

Important: A knowledge of local ‘normal’ O and H agglutinin titres is essential before attempting to interpret Widal test results.

Antimicrobials with activity against S. typhi include chloramphenicol, co-trimoxazole, and ampicillin. Chloramphenicol resistant strains, however, have been reported from developing countries and in recent years major typhoid epidemics caused by strains showing resistance to several antibiotics have occurred in Latin America, Mexico, the Middle East and Southeast Asia.