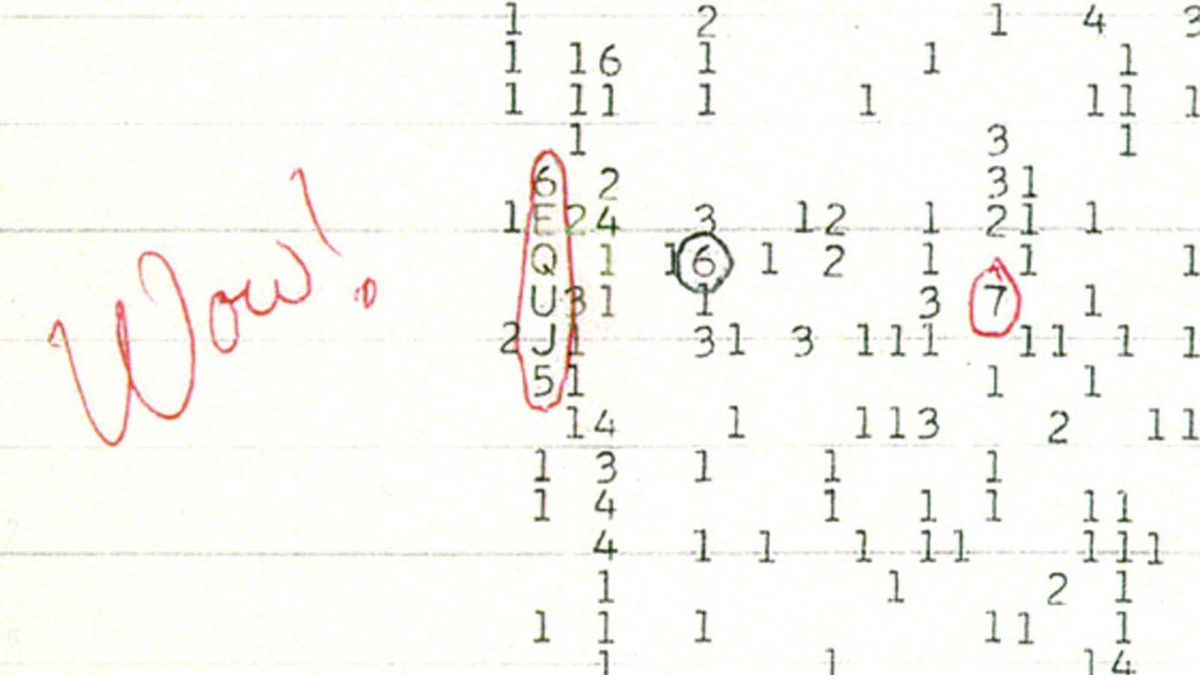 If you believe that we are not alone in the universe — or want to believe — then the “Wow!” signal offers thrilling proof that someone, somewhere, is trying to say “hello.”

Then there’s the bad news. In the more than three decades since Jerry Ehman circled the astonishing “6EQUJ5” on his printout, no SETI radio telescope has recorded anything like it since. The Big Ear even scanned the same patch of sky 100 more times, but found nothing [source: Gray and Marvel].

Robert Gray, an amateur astronomer and data analyst with a passion for the “Wow!” signal, conducted the most serious attempt to replicate the signal using one of the biggest and baddest radio telescopes on Earth, the Very Large Array (VLA) in New Mexico.

In 1995 and 1996, Gray aimed the VLA at Sagittarius, the first time the telescope was used expressly to search for signs of extraterrestrial life. The VLA — which combines the power of 27 separate radio antennas — is 100 times more sensitive than the Big Ear, which was retired in 1997 [sources: NRAO, Gray and Marvel].

Sadly, Gray found no trace of the “Wow!” signal with the VLA. But that wasn’t enough to convince him that the original recording was some kind of glitch.

In a 2012 interview published in The Atlantic, Gray argued that our assumptions about extraterrestrial radio transmissions are all wrong. We imagine a constant beacon shining toward Earth from a distant planet. But the energy required to sustain such a broadcast — in all directions, at all times, across millions of light years — is equal to thousands upon thousands of our biggest power plants.

What if the alien civilization isn’t a hyper-advanced race with limitless resources, but instead is more like us? The more economical approach would be to broadcast the signal from a type of radio “lighthouse” that transmits its message in only one direction at a time. If that’s the case, then our current system of searching for alien life — focusing on one patch of sky for 20 minutes before moving on to the next — would require tremendous luck to catch the signal as it briefly flashes our way [source: Andersen].

Perhaps Gray was onto something. in 2021, amateur astronomer and founder of The Exoplanets Channel, Alberto Caballero, used that same hypothesis and focused exclusively on the constellation Sagittarius, knowing that the Big Ear telescope’s two receivers were pointing in the direction of the constellation on the night of the Wow! signal. Using the European Space Agency’s database of stars from the Gaia satellite to look for stars in that specific area, Caballero found one remarkably like our sun and thinks it could be the source of the Wow! signal.

The star, which is named as 2MASS 19281982-2640123, is about 1,800 light-years away and has a temperature, diameter and luminosity nearly identical to our sun. Caballero published his findings May 6, 2022, in International Journal of Astrobiology. “2MASS 19281982-2640123 could be, therefore, the only sun-like star found among the thousands of stars located in the Wow! signal region,” the study says.

Case closed? Not even close. 2MASS 19281982-2640123 is located much too far to send any type of radio or light transmission reply, though the study says it could be a good target for further observations when searching for techno-signatures such as artificial light or satellite transits.

So, the Wow! signal mystery continues — for now.