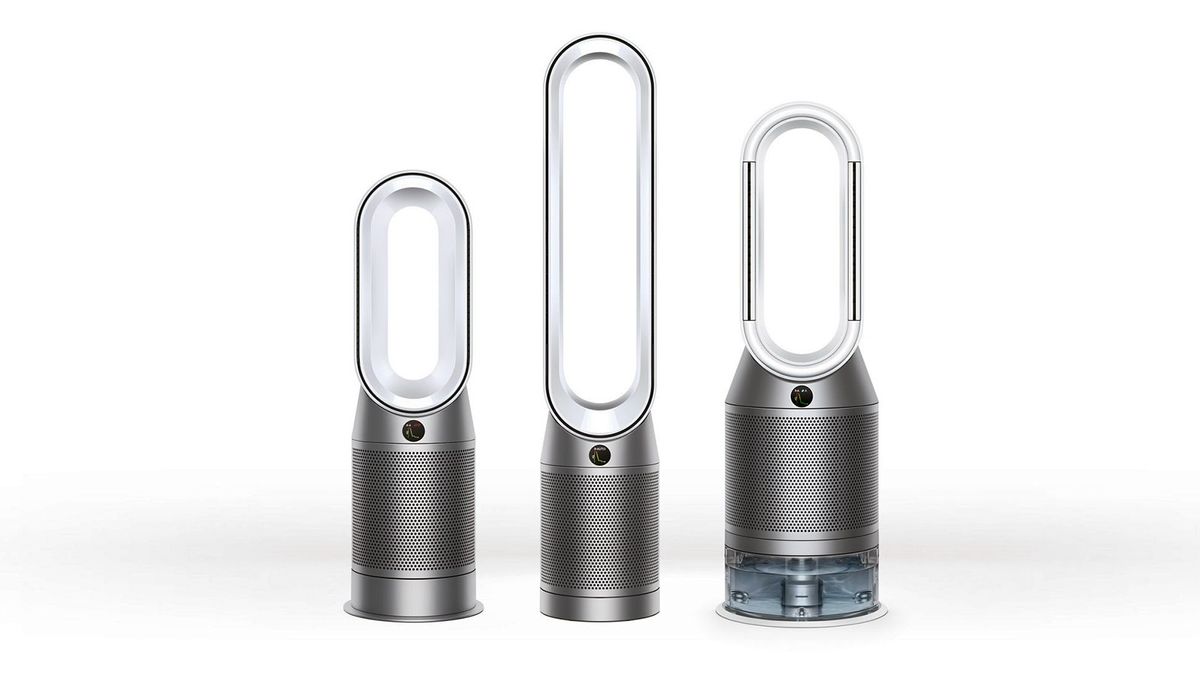 Despite its cutting-edge concept, the original Dyson Air Multiplier did have one notable flaw. It wasn’t really very quiet. Dyson took note and decided to revamp the second generation of its fan.

Doing so required a steep investment by the company. Dyson dumped more than $60 million into research and assigned 65 engineers to the project. Together, they created 640 prototypes and filed hundreds of patents, tweaking each design a little more, to investigate the movement of air inside their funky fan.

As you can imagine, part of the noise problem originated from turbulence. The original Air Multiplier sucked air into its base, where it bounced around willy-nilly, creating chaos … and noise. To pinpoint this noise, researchers placed the fan in a soundproof chamber with 10 microphones listening for every whir and buzz.

Then they built translucent prototypes and passed ultraviolet paint and smoke through the device. High-speed cameras provided frame-by-frame playback, offering visual clues to where air was bunching up and causing a ruckus.

Dyson’s engineers addressed the turbulence problems by integrating Helmholtz cavities into the fan’s base. If you’ve ever held a seashell to your ear or blown across the top of a glass bottle, you’ve experienced the effect of these cavities, in which sound bounces and skids across a hard surface.

Car manufacturers are very familiar with the principles of Helmholtz cavities. They manipulate them to their advantage when quieting exhaust systems. In the case of the Air Multiplier, engineers basically tuned the cavities to specifically mute sounds in the range of 1,000 Hertz, which humans tend to find especially aggravating.

Their efforts (and those heaping mountains of research cash) paid off. According to Dyson, the second-generation fan was 75 percent quieter than its predecessor. And because air moved more smoothly and efficiently through the entire Air Multiplier, Dyson was able to scale back on the motor. They say the newer motor required 40 percent less power.

For its quietness, the Noise Abatement Society awarded the second-generation Air Multiplier with a Quiet Mark award in 2014. The award goes to products that clamp down on unnecessary noise pollution.