You Are Here: Home » How the Body Controls the Production of Thyroxine 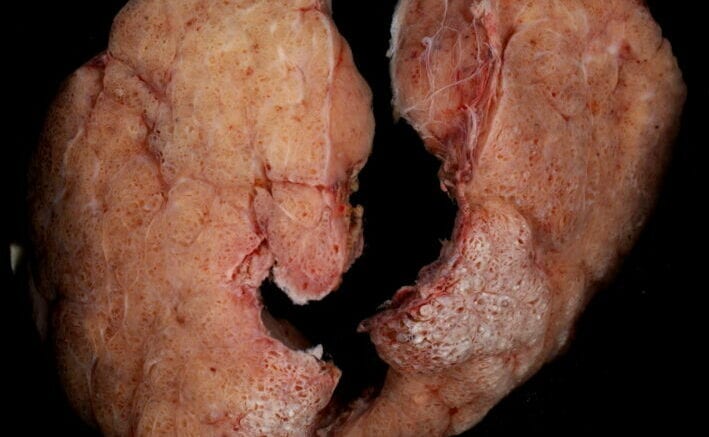 The thyroid gland can be taken to illustrate the basic principles of hormonal communication and action. Situated in the neck, the thyroid gland secretes thyroxine, a complex organic compound containing iodine. The iodine required for its synthesis is obtained from the diet. The structure of the thyroid gland demonstrates the basic requirement of any endocrine organs, namely a close association between the secretary cells and the bloodstream. The secretary cells are arranged round a series of hollow follicles. Iodine is taken up into the cells from the bloodstream by active transport. The follicles contain an inactive precursor of the hormone, thyroglobulin, which is thyroxine conjugated with a protein. A proteeolytic enzyme secreted by the follicle epithelium separates thyroxine from the protein. The free hormone then passes through the wall of the follicle into the bloodstream. We shall now take a closer look at the control of the production of thyroxine.

How is the secretion of thyroxine kept to the requirements of the body? This is achieved by a negative feedback process of the kind discussed in Chapter 13. The shedding of thyroxine into the bloodstream is triggered by a hormone secreted by the anterior lobe of the pituitary gland

Thyroxine is responsible for controlling the basal metabolic rate, and is therefore particularly important in growth. Under secretion of it during development (hypothyroidism) causes arrested physical and mental development, a condition called cretinism. A cretin aged 14 or 15 is stunted and pot-bellied and so mentally retarded that he may not even be able to feed himself. In adults the situation is not quite so serious since growth by this time is complete. The condition is called myxoedema, the symptoms being a decreased metabolic rate, increase in the amount of subcutaneous fat, coarsening of the skin and general physical and mental sluggishness. Over – production of thyroxine (hyoperthyroidism) leads to a condition called exophthalmic goiter, so – called because of the characteristic swelling of the thyroid and protrusion of the eyeballs that accompanies it. Othe symptoms include a greatly increased metabolic rate, loss of weight and accelerated heart beat, all this being accompanied by a general physical and mental restlessness. Plainly the thyroid is important in determining its owner’s general mental and emotional state, and it is interesting to speculate to what extent our own personalities may be altered by minor fluctuation in thyroid activity.

A deficiency of thyroxine in the body may be caused either by the thyroid gland failing to function properly, or to deficiency of iodine in the diet. the latter is Switxerland and the Great Lakes in the USA. In such areas the problem is overcome by adding iodine to the drinking water or supplying the inhabitants with iodized salt. The remedy for myxoedema used to be to take thyroid orally, the old prescription was one fried sheep’s thyroid weekly with black – currant jelly. Nowadays carefully regulated quantities of thyroxine are administered to the patient.

An over – abundance of thyroxine is generally caused by an over – active often excessively large, thyroid gland. In the old days the remedy was to remove a chunk of the thyroid, and hope for the best. If severe myxoedema resulted, small pieces of the thyroid were grafted back. Nowadays surgical removal of thyroid tissue is carried out with much greater precision. Some times surgery is avoided altogether by injection controlled doses of radio active iodine into the patient’s bloodstream; this is taken up by the thyroid cells, killing those in which it accumulates above a certain level.