As humans evolved and their knowledge increased, they entered the Iron Age. This was some 4,000 years ago. Iron and steel production continued to be used until the 19th Century in the same form and with the same problem of brittleness that, more or less, resulted due to inefficient production processes.

The extraction of iron in the traditional way had several drawbacks. One of the main ones was the tendency of iron to absorb carbon at high temperatures, resulting in the formation of cast iron. Although strong, cast iron suffered from brittleness due to the carbon content. This made molding and shaping difficult.

It was in 1856, when Henry Bessemer, an English inventor, developed an effective way to reduce the carbon content in the iron by using oxygen. This was called the Bessemer process that gave birth to the modern steel industry.

So efficient was the Bessemer process in iron and steel production that it could treat five to 30 tons of hot metal at one time. Between 1867 and 1884, it resulted in drastic decrease in prices. The prices of steel rail dropped by more than 80 percent.

Problems Encountered In The Bessemer Process

Even though the Bessemer process was fast and inexpensive in removing carbon and silicon from iron, it failed to remove excess oxygen that remained in the final product. This problem was overcome by Robert Mushet, a British metallurgist, who tested spiegeleisen, a compound of iron, carbon, and manganese for the purpose. Manganese, if added in the right quantities, removed both oxygen and carbon content from iron. Spiegeleisen was used most successfully in the Bessemer process.

READ MORE:  Principles and Procedures involved in the Extraction of Metals

Another problem that Bessemer had failed to address was the removal of phosphorus from iron. It was this element that made steel brittle. It was Sidney Gilchrist, a British metallurgist, who succeeded in removing phosphorus by adding limestone to the Bessemer process. The limestone, used as lining for the Bessemer converter, helped remove phosphorus from the pig iron in the form of slag, which was then removed. The slag that remained in the converter was later sold profitably as a phosphate fertilizer.

The Open Hearth process, developed by a German engineer, Karl Wilhelm Siemens, in the 1860s proved better than the Bessemer process. In this, the pig iron was turned into steel in large shallow furnaces.

Not only did this process enhance the production of steel substantially to the tune of 50 to 100 metric tons from a single furnace, the high temperatures so achieved also efficiently burned off carbon and other impurities. Even though the Open Hearth process was slow compared to the Bessemer process, it managed to replace the latter by the 1900s.

Steel production got a shot in the arm in the form of an electric arc furnace, designed by Paul Heroult. In this, electric current, passed through charged material, heated it to temperatures of up to 3,272 degrees F (1,800 degrees C), thereby initiating exothermic oxidation.

The big benefit of this process is it can also produce steel from scrap or cold ferrous. It also provides the flexibility of stopping and starting the process most inexpensively. Today, this process accounts for 33 percent of global steel production.

Steel has a wide range of applications today due to its favourable mechanical properties and relatively low cost. Depending on the alloying elements used, you’ll find various types of steel in use, each with different advantages. For example, high-carbon steel is favoured for its high hardness and strength, while stainless steel is known for its corrosion resistance properties.

Even though steel may be replaced by other materials in some industries, it is likely to remain widely-used long into the future. Now, environmental concerns are becoming increasingly important, and as a result work is ongoing to find new ways to smelt metals to reduce greenhouse gas emissions. To this end, electricity-based technologies are being tested. 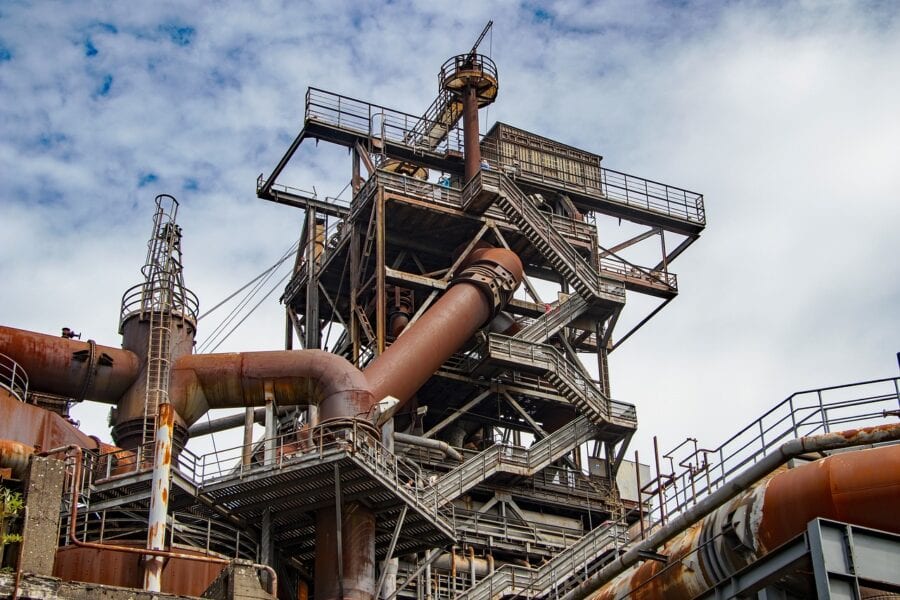