The Bermuda Triangle also known as the Devil’s triangle is one of the most mysterious places on planet earth. Located in the western part of the North Atlantic Ocean and covering 500,000 square miles, the Bermuda triangle is a hotspot for unexplained disappearances of ships, aeroplanes and even people.

The area which is triangularly marked from Bermuda to Miami and Puerto Rico has had a large number of mysterious disappearances even though some sources believe that this is due to natural causes and not myths.

Long before the mystery of the Bermuda Triangle became popular, the island was already nicknamed “The Devil’s Islands” by ancient travelers who were frequently terrified by the strange voices of animals that were heard on the shore.

The Myth Of The Bermuda Triangle

This mystery was further enhanced when William Shakespeare made a play titled “The tempest” which was based on a real-life shipwreck on the Bermuda triangle.

The myth of the triangle can be dated back to when Columbus, who reportedly saw a great flame of fire crash into the sea one night and strange lights a week later. He also noted erratic and haywire compass readings, which may be because, at that time, the Bermuda triangle was one of the only places in the world where magnetic north and true north lined up.

READ MORE:  How are Cactuses Able To Survive In Very Dry Environments 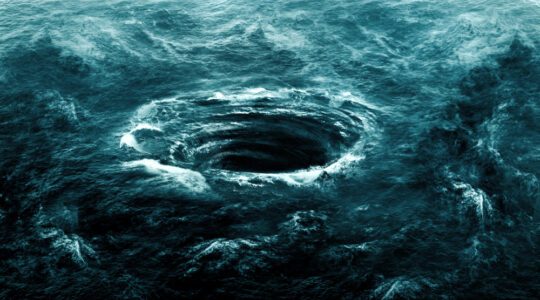 Planes and ships often lost in the triangle are not found. Joshua Soclum the first man to sail solo around the globe’s disappearance and death on a 1909 voyage from Martha’s Vineyard to South America has been attributed to the Bermuda Triangle. In the 20th century, An infamous tragedy was recorded in 1918, when the USS Cyclops, a 542-long ship carrying 10,000 tons of manganese and 300 men went missing along Barbados and the Chesapeake Bay without a distress call, despite being equipped to.

The then-president Woodrow Wilson said, “Only God and the sea know what happened to the ship” after an extensive search found no wreckage.

In 1941, two ships related to the USS Cyclops vanished similarly near the same route without a trace.
Then, on the afternoon of December 5, 1945, the U.S Navy lost five avenger torpedo bombers carrying 14 men who had gone out to conduct a 2-hour bombing runs practice.
The leader of the mission, known as Flight 19, got completely lost when his compass started malfunctioning.
All other five places lost control and flew amidst till they ran out of fuel and were forced to fall into the sea.

That same day, A 13-man rescue team also disappeared without a trace. Weeks later, after the search bore no fruits, the official navy report stated that the planes vanished “as if they had flown to Mars”. Before earning the more famous name of Devil’s Triangle, the area was known as the Limbo of the Lost, in reference to all the bodies that were never recovered.

Meanwhile, the term “Bermuda Triangle” was first coined in 1964 by writer Vincent Gaddis in the men’s pulp magazine Argosy. In the 1977 movie titled Close Encounters of the Third Kind, flight 19 was portrayed as having been taken away by aliens and taken to the deserts of Mexico.

Pilot Bruce Gernon claimed to have lost 28 minutes, as he flew through a time-wrapping cloud tunnel which also affected his instruments. The three-hour trip from Bermuda to Miami only took a third of the time, which made Gernon believe he had been catapulted forward in time but there were other explanations of the matter that were given at that time.

These disappearances have been attributed to a whole lot of things ranging from sorcery to alien abduction. 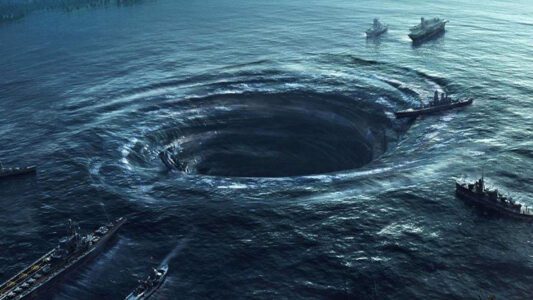 Some scientific theories for the disappearances involve large bubbles of methane that float up to the surface of a ship or plane which can disrupt a boat’s buoyancy and sink it, or affect a boat’s engine and down it.
The methane could also be ignited and destroy a boat or plane via explosion or burning.

Whether for natural or unnatural reasons, the triangle is well known to be a home for extremely violent and unexpected storms which seem to form literally from out of nowhere. The Triangle is one of the heavy traffic sea lanes in the world, which could account for the high rate of accidents and disappearances.

Some scientists believe that the gulf stream which runs near the triangle removes the ruins from the search area. Despite the myth and danger surrounding the area, it is still one of the premier vacation destinations on earth.

Meanwhile, the US Navy’s AUTEC – Atlantic Undersea Test and Evaluation Center; Facility is situated within the triangle, on the Andros Island of the Bahamas. This Facility is used by the Navy to test submarines, sonar and other weapons, and investigate the true sources.