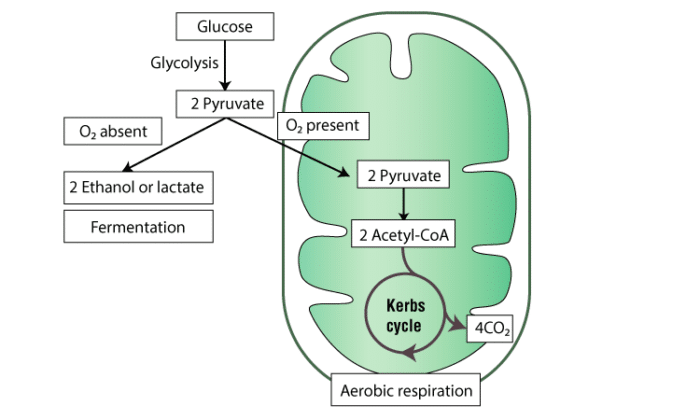 Fermentation is a chemical process that breaks down carbohydrates such as starch and glucose anaerobically. Fermentation provides numerous health benefits and is used to make alcoholic beverages, bread, yogurt, sauerkraut, apple cider vinegar, and kombucha. It is also used in industry to produce ethanol, which is used as a biofuel source.

Throughout history, various cultures have produced fermented beverages by leaving grains and fruits in covered containers, with no understanding of why the recipe worked.

It wasn’t until Joseph Louis Gay-Lussac experimented with a method for keeping grape juice unfermented for an extended period of time that he discovered yeast was required for alcoholic fermentation. Pasteur, on the other hand, demonstrated that yeast is responsible for the conversion of glucose to ethanol in fermented beverages. He also discovered microorganisms that cause milk to sour, which was later discovered to be the result of lactic acid fermentation by bacteria.

Fermentation is a metabolic process in which microorganisms produce a desirable change in a food or beverage. In the manufacture of alcoholic beverages or acidic dairy products, for example. Under anaerobic conditions, molecules such as glucose are broken down in this chemical process.

Ferment comes from the Latin word “fervere,” which means “to boil.” The study of the biochemical process of fermentation and its applications is known as zymology, from Greek for “the workings of fermentation.”

Fermentation takes place in anaerobic conditions (the absence of oxygen), with the help of microorganisms (yeasts, bacteria, and molds) that extract energy from the process.

Some yeasts, such as Saccharomyces cerevisiae, prefer fermentation to aerobic respiration even when oxygen is abundant, as long as sugar is available. Fermentation is not limited to yeast; it can also occur in muscles, with the muscles catalyzing the conversion of glucose to lactate.

The first step in fermentation is glycolysis, which is the metabolic pathway that converts glucose to pyruvate. One molecule of glucose, a six carbon sugar, is broken down into two pyruvate molecules during the glycolysis process. This exothermic reaction generates energy for ADP phosphorylation to ATP and NAD+ conversion to NADH.

When exposed to oxygen, pyruvate can be oxidized via the tricarboxylic acid cycle, a process known as aerobic respiration. In the absence of oxygen, pyruvate may be reduced to alcohol, lactic acid, or other products during the fermentation process.

Fermentation can be classified into several types based on the end products. Ethanol/alcoholic fermentation and lactic acid fermentation are two of the most important and widely used types. 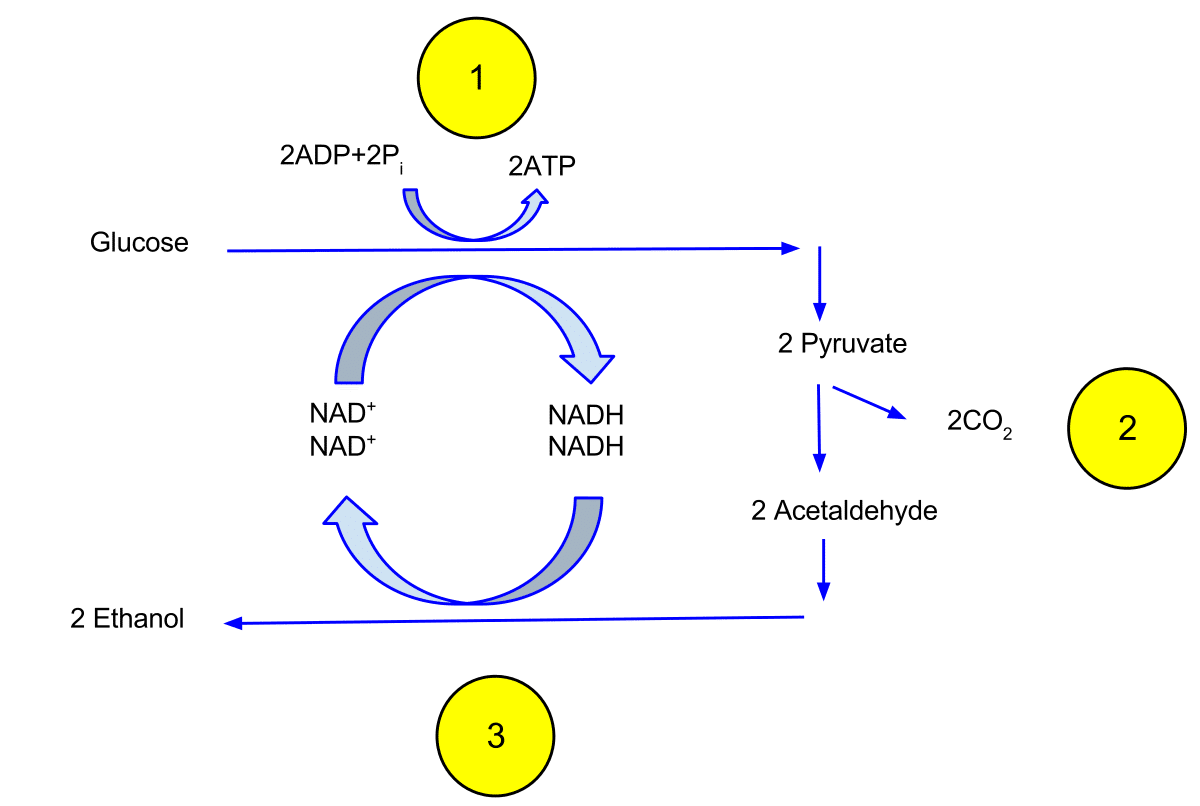 Ethanol fermentation is the biological process by which sugar (glucose, fructose, and sucrose) is converted into ethanol, carbon dioxide, and energy. 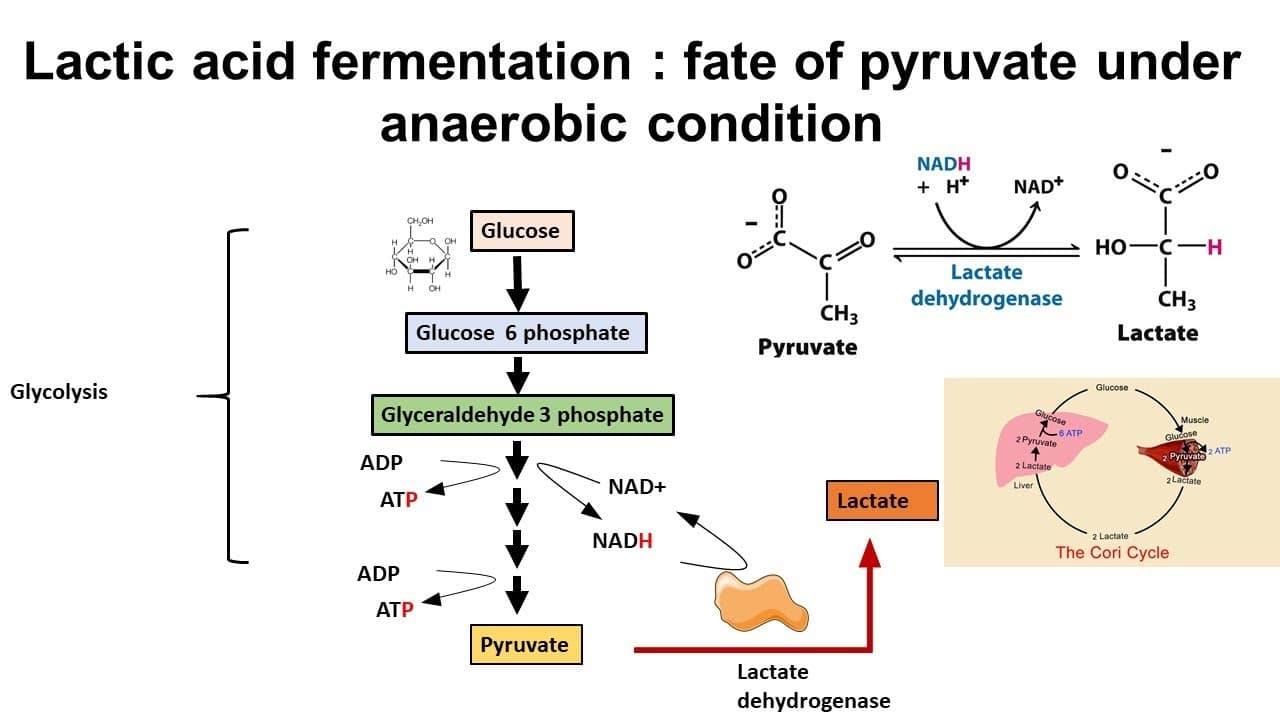 Another type of fermentation is lactic acid fermentation, which is defined as the metabolic process that converts sugar into the metabolite lactate and energy. It is the only respiration process that does not generate a gas and is found in some bacteria (such as lactobacilli) and muscle cells.

Importance and Benefits of Fermentation

Fermented foods, which are high in probiotics, contain microorganisms that can help maintain a healthy gut system, allowing it to extract nutrients from food more efficiently. They benefit human health in a variety of ways.

Probiotics, enzymes, and lactic acid found in fermented foods can help the body absorb vitamins and minerals. Fermentation increases vitamins B and C and improves the absorption of folic acid, riboflavin, niacin, thiamin, and biotin.

Fermentation can also be used to neutralize phytic acid, a mineral deficiency-causing substance found in grains, nuts, seeds, and legumes. Phytates, the ionized form of phytic acid, also reduce the digestibility of starch, proteins, and fats.

Probiotic microorganisms found in fermented foods can aid in the maintenance of a healthy gut by producing antibiotics, antiviral, antifungal, and antitumor agents, as well as creating an acidic environment in which pathogens do not thrive.

Fermentation is widely used to make alcoholic beverages, such as wine from fruit juices and beer from grains. Potatoes, which are high in starch, can be fermented and distilled to produce gin and vodka.

Fermentation is also widely used in the production of bread. When sugar, yeast, flour, and water are mixed together to make dough, the yeast breaks down the sugar and emits carbon dioxide, causing the bread to rise. Sourdough bread, for example, contains both yeast and lactobacilli. This combination is responsible for the dough’s stretchy texture and distinct sour flavor.

Lactic acid fermentation is used to flavor and preserve dairy and vegetable products such as yogurt, sauerkraut, pickles, and kimchi.

Acetic acid fermentation can also be used to transform starches and sugars from grains and fruits into sour vinegar and condiments such as apple cider vinegar and kombucha.

Fermentation is used in industry to produce ethanol for biofuel production. It is a desirable renewable resource because it is derived from grains and crops such as corn, sugar cane, sugar beets, and cassava. It can also be derived from trees, grasses, agricultural, and forestry waste.

Given its abundance and low price, corn is the primary feedstock for ethanol fuel in the United States, the world’s largest ethanol fuel producer. One kilogram of corn yields approximately 0.42 liters of ethanol. Brazil is the second largest producer, with sugar cane accounting for the majority of its ethanol fuel. In Brazil, the majority of cars run on pure ethanol or a mixture of gasoline and ethanol.

Fermentation can also produce hydrogen gas, as seen in Clostridium pasteurianum, which converts glucose to butyrate, acetate, carbon dioxide, and hydrogen gas. Carbohydrates such as starch and glucose are broken down by bacteria in acetone-butanol-ethanol fermentation to produce acetone, n-butanol, and ethanol. During World War I, Chaim Weizmann developed this process as a primary method for producing acetone.