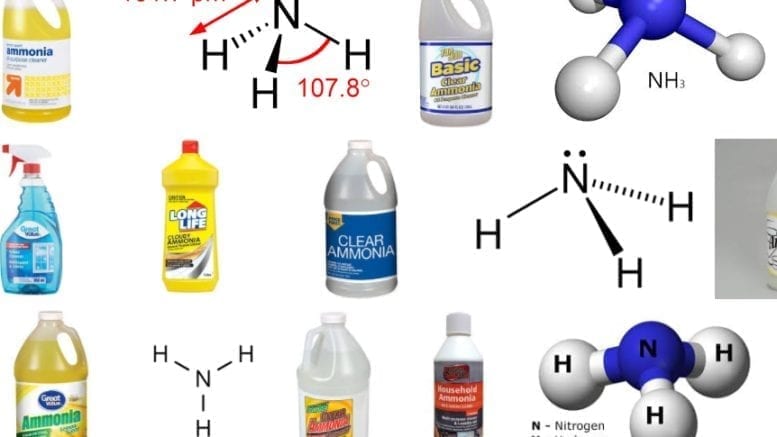 In explaining the principles and application of the Haber process and equilibrium constant, we must first understand that there is a relationship between these two above mentioned concepts and two other concepts known as free energy and electrode potential. As explained in Le Chatelier’s Principle, if the equilibrium of a chemical system is disturbed by changes in conditions like temperature, pressure or concentration, the system would adjust itself to attain equilibrium again. This is because at equilibrium, the free energy change of a closed system at constant temperature and pressure is at a minimum, i.e., the system is most stable at equilibrium. No net flow of heat or species occurs and no work can be done by the system. The following simple relationship exists between the change in free energy, ΔG, of a reaction and the equilibrium constant, K:

Where ΔGӨ is the standard free energy change of the system,

K is the equilibrium constant,

R is the gas constant, and

T is the temperature of the system in Kelvin.

In an electrochemical cell, oxidation occurs at one electrode and reduction at the other. If such a reaction (as the one below) is at equilibrium,

Then the relationship between EӨ and K is given by

Where EӨ is the standard electrode potential of the reaction,

R is the gas constant,

T is the temperature in kelvin,

F is the Faraday’s constant,

K is the equilibrium constant, and

n is the number of moles of electrons.

The value of K is important, especially in the electroplating industry. For example, if a coating of lead is to be deposited onto an object, a higher value of K would mean that the forward reaction is favoured, resulting in a thicker coating of lead.

The relationship between electrode potential and free energy change of an electrochemical cell can be expressed by the following equation.

Where ΔGӨ is the standard free energy change,

n is the number of moles of electrons,

EӨ is the standard electrode potential, and

F is the Faraday’s constant.

A negative value of ΔGӨ in this equation means that work is obtained from the electro-chemical cell.

In industrial process involving reversible reactions, the concept of chemical equilibrium and Le Chatelier’s Principle are applied to decide on the optimum conditions of operation. These conditions (temperature, pressure, concentration) are chosen by industrial chemicals with the aim of;

READ MORE:  How to Carryout Volumetric Analysis and Acid-Base Titrations

Two important industrial processes, the Haber process and the Contact Process, are two industrial chemical processes that illustrate how how Le Chatelier’s Principle is used to determined their optimum operating conditions.

Since the forward reaction is exothermic, decreasing the temperature will give a high yield of ammonia. Thus, the temperature of the system is kept as low as 450oC. lower temperatures of 200oC and 300oC give better yields of ammonia, but are not economically feasible as it will take too long for the reaction system to attain equilibrium. This is because the rate of reaction decreases as temperature decreases.

In the Haber Process, the forward reaction results in a decrease in the pressure of the system. According to Le Chatelier’s Principle, if the pressure of the system is increased by supplying more of the gaseous reactants (in the correct ratio), the equilibrium position will shift to favour the forward reaction. The Haber Process is always operated at very high pressures of about 200 atm in order to get high yields of ammonia. A higher pressure, such as 1,000 atm, would give a higher yield. However, it would be extremely costly to build production plants that would be strong enough to withstand such a high pressure.

To further increase the yield of ammonia, the raw materials, i.e., hydrogen and nitrogen gases are supplied continuously while the ammonia produced is removed continuously by liquefaction.

In addition, the production time of the process is shortened by using small pellets of iron to act as a catalyst. The catalyst speeds up the reaction rates, enabling equilibrium to be attained in a shorter time.