You Are Here: Home » Growth Pattern and Ecdysis in Crayfish 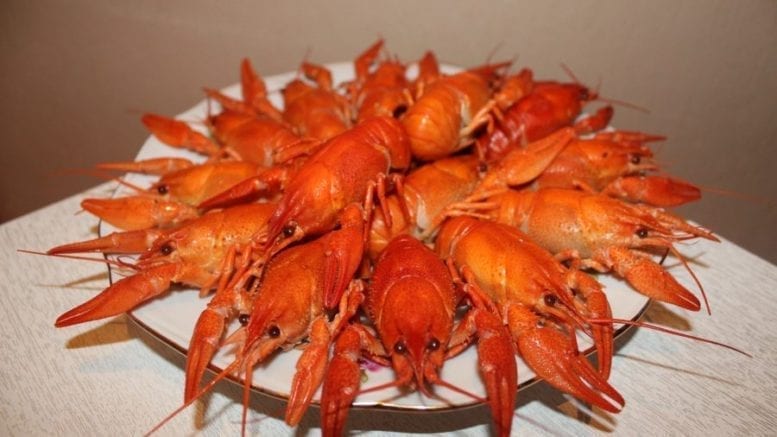 Growth occurs by division and consequent enlargement of the cells of all tissues except the nervous tissues in crayfish. No increase in size is apparent until a moult takes place. The onset of ecdysis in crayfish is marked by a number of well – defined internal changes. Glycogen accumulates in the digestive diverticular and in the connective tissues beneath the epidermis. It will be remembered that glucose is the main constituent of chitin and that glycogen hydrolyses into glucose units. The gastroliths situated in the gizzard between the old cuticle and the new, become much larger, due to the withdrawal of calcium salts from the calcified layers of the integuments. Later, when the fore – gut lining is cast, they fall into the gizzard, become broken up, dissolved, and mainly passed out with the faeces. Amoeboid cells from the connective tissues migrate through the epidermis and dissolve the inner layers of chitin, thus loosening the old cuticle free of the epidermis.

The crayfish retreats into its burrow and violent movements of the limbs and abdomen take place. We can further observe ecdysis in crayfish when the carapace splits transversely across the junction of cephalothorax and abdomen. The crayfish now lies on its side and nearly folds its body into two. The exoskeleton of the legs splits longitudinally. The anterior part of the body is now drawn out of the old cuticle and then, by a violent jerk, the posterior part is freed.

Secretion of the new cuticle begins before ecdysis: the chitin secreted by the epidermis and the protein and lipoid layers by tegumental glands, have already formed a thin layer. Nevertheless, there is considerable absorption of water and the animal swells appreciably. After its exertions it is weak, and with its meager cuticle, it is defenceless. Consequently it hides in the burrow until the cuticle thickens and hardens, the process taking about a week. The swelling produced by water absorption provides space in which new growth of cells can take place. This continues until the confining armour renders it impossible. It is probable that moulting hormones are produced, which initiate the metabolic processes involved. Such hormones are known in insects.

Adaptations of Freshwater Crayfish to Life in Flowing Rivers

How Autotomy and Regeneration Occur in Arthropods

Be the first to commenton "Growth Pattern and Ecdysis in Crayfish"