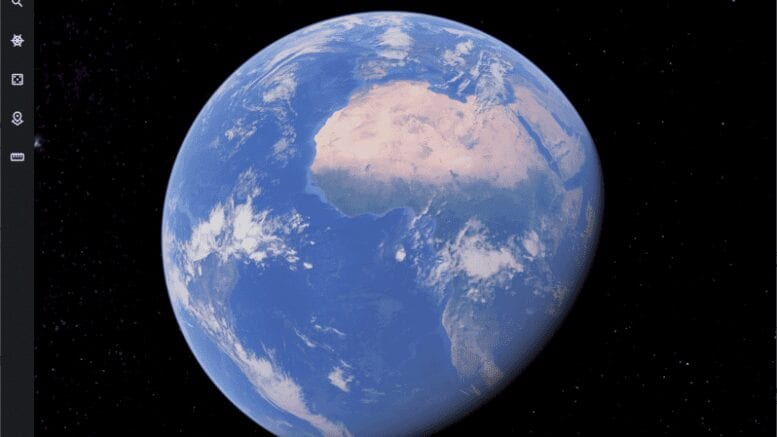 When Google unveiled the new Google Earth back in 2017, it switched Google Earth from being a desktop application to a web application. The company made this tool Chrome-exclusive at the time stating that the company’s own Chrome browser was the only browser to support Native Client (NaCl) technology at the time and that the technology “was the only we [Google] could make sure that Earth would work well on the web”.

The emergence of new web standards, WebAssembly in particular, allowed Google to switch to the standard supported by other browsers. The company launched a beta of Google Earth for browsers that support WebAssembly, Firefox, Edge and Opera are mentioned specifically six months ago.

Today, Google revealed that it has made Google Earth available officially for the web browsers Mozilla Firefox, Microsoft Edge (Chromium-based), and Opera.

Note: I tried the web version of Google Earth in browsers that Google did not mention. Vivaldi and Brave loaded Google Earth but the loading took quite a while; noticeably longer than in supported web browsers.

Users who open Google Earth in one of the browsers may use it just as if they are using Google Chrome. The service displays a “you are running an experimental version of Earth” still when it is opened though.

The message suggests that the version for these newly supported browsers is still not up-to-par to the Chrome version.

Google notes on Medium that it still has work to do in improving the experience and introducing official Apple Safari browser support:

We still have some work to do. Namely polishing our experience across all these browsers and adding support for Safari. We’re continuing to work on supporting as many browsers as possible, and we’ll keep you posted on any new developments.

The Chrome exclusivity of this tool left a sour taste for many non-Chrome users. While it is Google’s right to create products as it pleases, and design them to favor its own products over others, doing so does not really align well with sentences like “at Google we are big supporters of open web standards”.

Be the first to commenton "Google Earth Now Supports Firefox, Edge and Opera"