You Are Here: Home » Giant Rings of Saturn and a Moon Full of Space Lakes 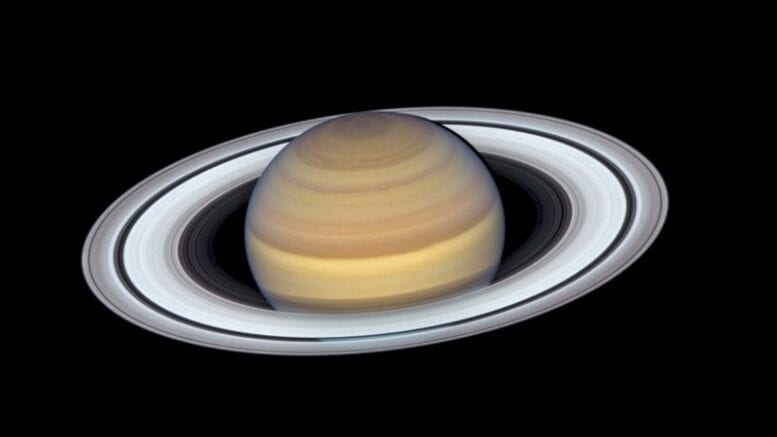 The planet Saturn takes its name from a Roman god of agriculture. And of all the planets revolving around our sun, it’s “cultivated” — if you will — the greatest ring system by far.

Beautiful rings filled with ice, dust and rock orbit its equator. The widest one, called the Phoebe Ring, has an outer edge that’s 3.8 to 10.1 million miles (or 6 to 16.2 million kilometers) away from Saturn itself. For comparison, do you know what the average distance is between Earth and its moon? A paltry 238,855 miles, or 384,400 kilometers. Once again, astronomy puts the human ego in check.

Saturn’s rings get all the attention, but science buffs shouldn’t ignore its other attributes. The sixth planet in our solar system, it’s also the second biggest after Jupiter. Those two are in a league of their own. If you mushed every planet from Mercury to Neptune together, Saturn and Jupiter alone would account for over 90 percent of their cumulative mass.

Despite its immense size, Saturn is the least dense planet in the sun’s orbit — and the least spherical, too. We’ll need to look at its physical makeup to understand why.

The Oblong World of Saturn

Research published in 2019 showed that a day on Saturn lasts just 10 hours, 33 minutes and 38 seconds. Its spin rate helps explain one of the ringed world’s stranger qualities.

Astronomers call that kind of disparity an equatorial bulge. Every planet in the solar system has one, but Saturn’s is the most extreme. Spin an object — any object — and its outside edge will move at a faster rate than its center does. That’s physics for you.

Saturn rotates around its axis at a very high speed; hence, the brevity of its days. And here’s where density comes into play. Like Jupiter, Saturn is a gas giant. Such worlds predominantly consist of hydrogen and helium — and whereas Earth is solid on the outside, gas giants are not. (They may, however, have hard inner cores.)

Now Saturn is downright huge in terms of volume. Some 764 Earth-sized objects could fit inside it and the planet’s 95 times as massive as our home world. And yet relative to its size, Earth is eight times denser.

In fact, water — yes, plain water — is denser than Saturn. (Although that doesn’t mean the planet would float, contrary to popular belief.) Thanks to its low, low density and zippy rotation speed, Saturn’s been deformed into an oblong world that looks kind of squished in profile.

Jupiter’s southern hemisphere has an ongoing storm called the Great Red Spot. The Saturnian answer to this is the Great White Spots, periodic tempests that arise every 20 to 30 Earth years. First detected in 1876, the weather events are colossal in scale.

NASA’s Cassini spacecraft spent 13 productive years hovering around Saturn. On Dec. 5, 2010, it witnessed the most recent iteration of the Great White Spot phenomenon.

But over the next six months, the “spot” expanded longitudinally until it had looped itself around the planet in a gigantic circle.

Some researchers think the Great White Spots might be part of a cycle that sees the outer layer of Saturn’s atmosphere slowly lose heat, allowing the warm air from lower levels to burst upward.

Up at the Saturnian north pole, there’s a cloud pattern shaped like a giant hexagon. This pleasantly symmetrical jet stream spins counterclockwise, measures about 20,000 miles (32,000 kilometers) across and includes a hurricane that’s been swirling right over the pole ever since it was discovered back in 1988.

Of course, it’s not the hexagon that earned Saturn a place on Chuckie Finster’s T-shirt. The gas giant owes its popularity to the ring system encircling it.

Planetary rings aren’t rare per se: Jupiter, Uranus and Neptune have them as well. Yet in terms of sheer scale, the network around Saturn is totally unrivaled.

Most of the primary rings come with letter names. The closest one to the home planet is called the “D” Ring, which has an inner radius of about 66,900 kilometers (41,569 miles). It’s surrounded by the C, B, A, F, G and E Rings — in that order. By the way, the rings aren’t arranged alphabetically because this naming system reflects the dates of their discovery. “A,” “B” and “C” were sighted before the rest.

When measured from its outside edge, the “E” ring showcases an impressive 480,000-kilometer (298,258-mile) radius. Or at least, that looks impressive until you get to know the big bad Phoebe Ring we mentioned earlier. First spotted in 2009, this one was named after a Saturnian moon.

Untold trillions of ice, rock and dust particles make up these rings. Some bits are the size of a sugar grain; others could probably dwarf your house. In any case, the ring material is stretched remarkably thin. Saturnian rings range from 1.9 miles (3 kilometers) to just 32 feet (10 meters).

So proportionately, the gas giant’s iconic rings are thinner than a typical sheet of writing paper, noted astronomer Phil Plait.

Whereas Saturn itself is probably around 4.5 billion years old, the age of its rings isn’t as clear. Some scientists think they were formed 10 million to 100 million years ago, when an icy comet — or some ice-covered moons — came too close to the planet. The visitor(s) met a grisly end, getting ripped to pieces by Saturn’s gravity. As those fragments collided, they grew smaller and multiplied, giving rise to the skinny system we all know today.

On the other hand, a 2019 paper argued the rings might’ve originated at an early stage in the history of our solar system. We’ll have to see how the debate unfolds as new evidence arises.

There’s never been a better time to join Saturn’s fan club. On Oct. 7, 2019, the International Astronomical Union heralded the discovery of 20 newfound moons orbiting the gas giant. With these bodies added to the mix, there are now 82 verified Saturnian moons altogether. No other planet in the solar system has that many natural satellites — not even mighty Jupiter!

You can find Saturn’s moons in, around and beyond the ring system. Before Cassini was retired in 2017, it revealed that some of them gather clumps of dust and ice from the rings.

Arguably no Saturnian moon has attracted more interest than Titan. The solar system’s second-biggest moon overall, it’s dotted with seas, lakes and rivers of liquid methane and ethane. There’s only one other body within the sun’s orbit that has standing pools of liquid. Here’s a hint: You’re sitting on it right now.

Titan is also noteworthy for having an atmosphere. And it’s theorized there could be “ice volcanoes” that spew water instead of lava. Sounds like a paradise. Maybe that’s where “Frozen III” should take place. 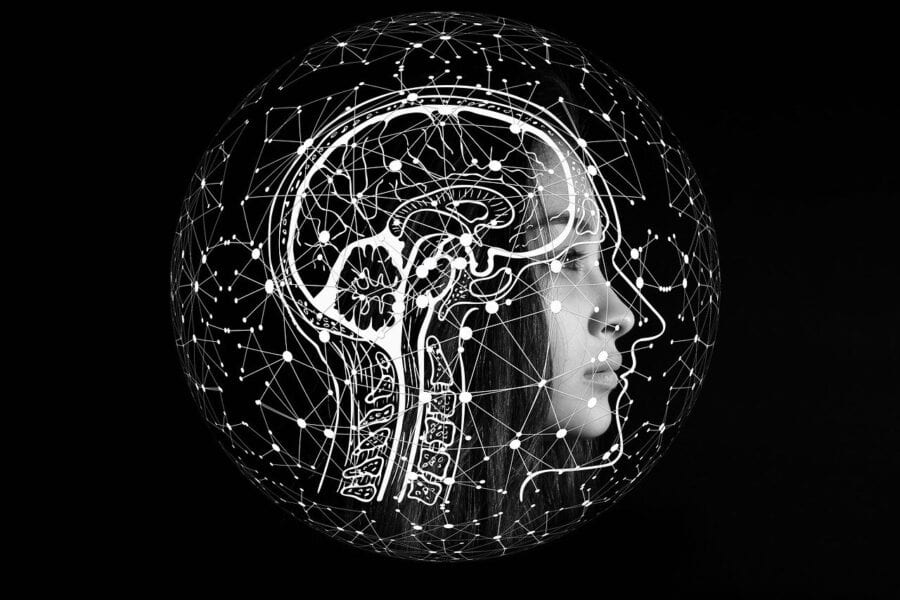 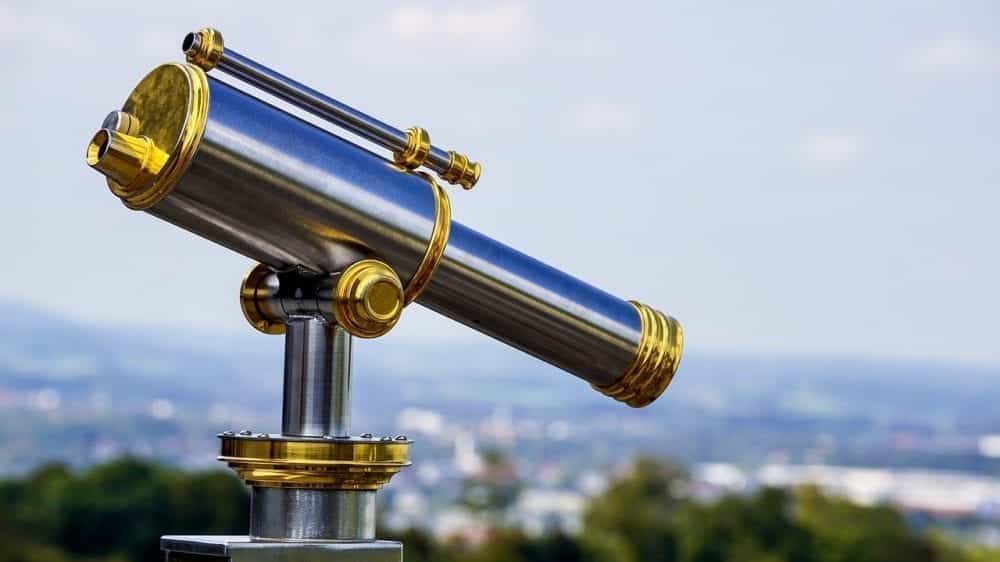