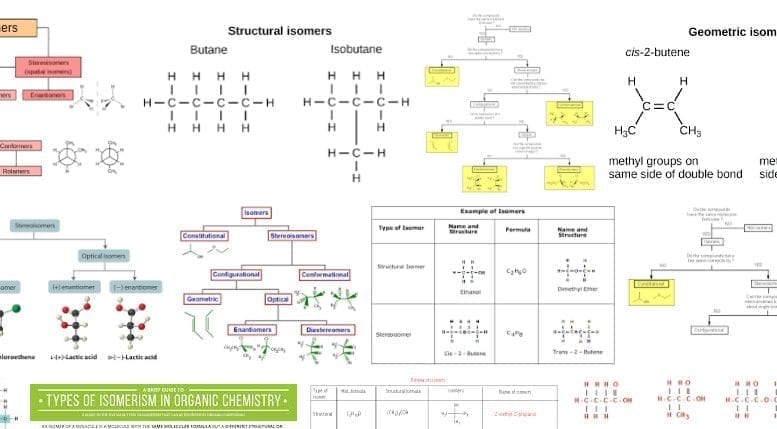 If we study the structural formula of butane or other higher hydrocarbons of the alkane series, we will observe that it is possible to arrange the atoms in the molecule in more than one way. This means that it is possible to have two or more different structural arrangements for the same molecular formular, a phenomenon known as isomerism. For example, the four carbon atoms and ten hydrogen atoms in the butane molecule can be linked in two different ways which will satisfy the valencies of carbon and hydrogen. 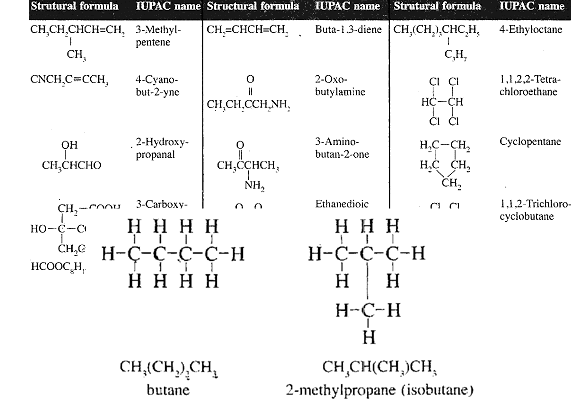 Thus, ethanol is a liquid at room temperature and it reacts readily with phosphorus(V) chloride due to the presence of the hydroxyl group, -OH. Methoxy-methane, which has a lower boiling point, exists as vapor at room temperature and does not react with phosphorus(V) Chloride due to the absence of the hydroxyl group.

We can write the structural formula of butane in two ways, since each carbon atom joined by the single covalent bond has two different atoms/groups attached to it. However, only one form of butane exists because there is free rotation about the C-C single bond.

The situation differs if double bonds are present instead of single bonds. Thus at any given moment, a compound like but-2-ene may exist in two forms as represented by the following structural formulae.

In but-2-ene, the presence of the double bond between the carbon atoms hinders free rotation. So the two forms, cis- and trans- are locked in shape, giving rise to geometric isomerism. Geometric isomerisms are the existence of compounds with the same molecular formula but are not identical because of different spatial arrangement of the compound atoms.

Geometric isomerism is common among alkenes. An alkene where each carbon atom joined by a double bond is attached to two different atoms or groups can exist in the cis- and trans-forms.

Optical isomerism is the existence of two or more compounds with the same molecular formula but with different configurations, and because of molecular asymmetry they rotate plane polarized light. Consider white light. This vibrates in many directions (planes), but when passed through a Nicolprism, the light vibrates in one plane only and is said to be plane polarized. A compound that rotates plane polarized light is said to be optically active. For a compound to be optically active, it must have a carbon atom which is substituted by four different groups e.g. Lactic acid.

Polymorphism and Examples of Polymorphic Compounds