Solar energy can be used in the production of hydrogen which is a very versatile gas. It can store up to 170 times the energy stored in a standard lithium-ion battery and can be utilized to generate electricity by combining with oxygen in a fuel cell. Hydrogen can equally combine with carbon to form a bio-fuel known as methanol and can be burned like any other gas fuel under appropriate storage conditions. Power from photovoltaic cells can be used to form hydrogen using an electrolyser which splits water into hydrogen and oxygen. This method is quite simple but also very inefficient as a greater percentage of energy is lost in the conversion process up to 40% in just trying to capture only 15% of the energy from the sun by photovoltaic cells. A search for a system that can convert the sun’s energy into electricity thus becomes very imperative.

The most sophisticated technologies developed in international space stations to convert the sun’s energy is only about 45% efficient while on earth the efficiency of silicon based photovoltaic cells drops to about 20%! Batteries could therefore be a suitable alternative in storing electric charges but their low energy density and the huge cost in powering homes does not approve of it as a suitable alternative in anyway. 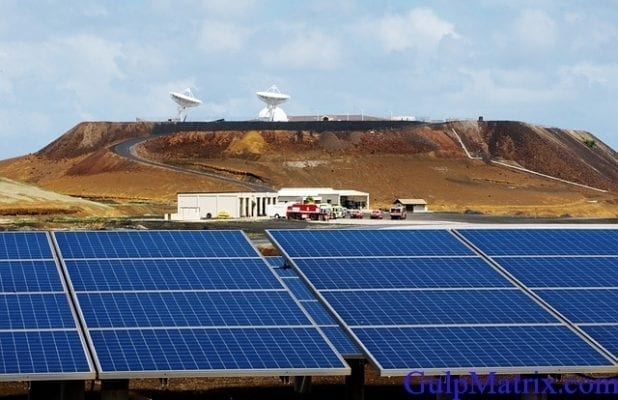 A very reliable alternative to producing electricity from photovoltaic cells would be to get a cost effective material  that can electrolyze water into hydrogen and oxygen while bypassing the photovoltaic cells. To be able to achieve this feat, the exotic material must be able to release electrons of the right energy when bombarded by photons. When these electrons become well excited they vacate the material and create holes in them which are filled by electrons from water molecules. This synergy between water molecules and the ‘exotic material’ oxidizes water into its two components of hydrogen and oxygen. A material such as silicon may not be very appropriate for this job as its electron energy is just only 1.11eV. The material most suited for this challenge would have electron energy of not less than 1.24eV.

The combination of zinc selenide and cadmium sulfide crystals in the presence of a catalyst such as platinum can liberate the right electrons efficiently. This is however a complicated process that would be very difficult to actualize on an industrial or commercial scale.

Rust plays a major role in the conversion of chemical energy into electrical energy that can be stored and utilized in the absence of sunlight! This novel technology brings to bare the immense contribution of otherwise “worthless” substances that we see as nuisance to our metal parts engines or machinery. The factual truth however, is that rust can be utilized as a source of electricity as they generate a small amount of current when exposed to visible light. In time past silicon had enjoyed a great deal of attention as it is used in photo voltaic cells well ahead of rust which lacked the requisite electrical properties to compete. Interestingly, rust, iron oxide, has a chemical property that silicon lacks in that it can store up the sun’s energy which can be utilized at night when solar power generation and utilization becomes very inefficient and ineffective. Rust, (Iron oxide), has very many advantages as a perfect material for the electrolysis of water into hydrogen and oxygen. First, it is very abundant in nature and can be found almost everywhere. Second, it is non toxic. Third, it is very stable unlike other similar compounds that alter their chemical composition when acted upon by oxygen. Moreover, rust has electron energy of 2.1eV which gives it the needed edge as a water splitting compound.

Iron oxide though is inefficient in conducting electricity, its abundance can make up for this. Most importantly, it needs a ‘kick’ in order to efficiently release electrons to the edge. This is done by using a tandem cell to generate extra solar power. The tandem cell is a thin layer of titanium oxide which had been dye-sensitized by coating it with a dye to boost photon absorption and thereby generating a simple and cheap electric current without using silicon.

In order to efficiently make rust give out electrons (allow them escape) and electrolyse water, the rust layer must be very thin to a degree of several tens of nanometers. The narrow width of a thin rust layer gives it a very large surface area which allows water to seep into the nanonized crevices. To improve on the escape propensity of the electrons, nanorust is created by a process known as ‘cloud deposition’ which involves spraying a mist of iron solution onto a surface. This then causes the iron oxide to grow into “aggregates of microscopic cauliflower shaped trees’ which creates a fractal surface area that allows the electron to escape unhindered.

A device can be used to overcome the problem of absorbing enough photons from sunlight and maintaining the requisite thinness that allows for rapid escape of electrons. Here, the device traps light at 30-nanometer over rust films and are directed and trapped into a chamber of facing V-shaped mirrors which bounces them back and forth until they are absorbed. This ensuing interference leads to about 71% of the electrons and holes being absorbed before recombination occur. Since rust is less expensive several swaths can be made which have far reaching consequences on cost as several watts of electricity can be generated when compared to photovoltaic cells. 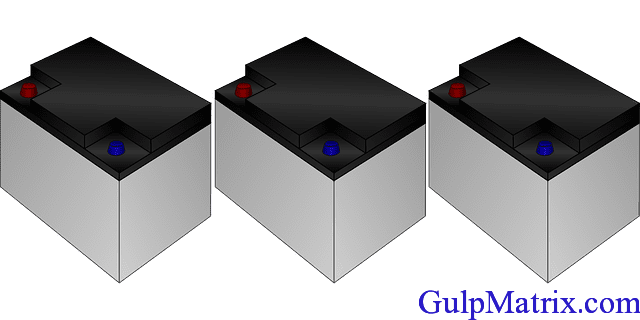 Hydrogen presents some problems.  It is pretty difficult to store and can easily explode if it combines violently with oxygen! Both oxygen and hydrogen can be separated differently in a membrane where they bubble up and separate out via different electrodes. Alternatively, low grade water can be used to trap the oxygen produced by allowing it to react with the organic components of the water while leaving the hydrogen to bubble out.

Furthermore, nanoscale Sodium borohydride can be used to store hydrogen. This is achieved by using nanoscales that reduces the operating temperature from 500 degrees centigrade to about 50 degrees centigrade.  Rust could also serve as a veritable source of both fuel and electricity. It could be used to produce electricity during the day and then serve as a source of fuel when demand is low at night.  Solar energy in combination with rust particles using nanotechnology could serve as a renewable energy source and a credible alternative to the perennial electricity challenges experienced in most developing countries especially in Africa where sunlight is in abundance.