Galileo Galilei was an Italian physicist, mathematician, astronomer and philosopher who lived during the 16th and 17th centuries, who is largely credited with initiating the scientific revolution. He is seen as one of the most important characters in the scientific revolution, and made major contributions to the fields of mathematics, physics, astronomy, natural philosophy and cosmology. He is best known for his work in developing the scientific method, which entailed observing and testing theories, forming laws and gathering evidence to verify them. His lasting impact on science has led to him being referred to as the “father of modern science.”

Galileo was born in Pisa, Italy in 1564. His father was a musician who supported Galileo’s ambition to study mathematics, and his family was quite wealthy. He attended some prestigious universities, and at the age of 21, he began his teaching career at the University of Pisa as a professor of mathematics. At the time, Galileo was sympathizing with the Copernican view, which held that the Earth revolved around the Sun and not vice versa as was commonly accepted by the Church. His early writings close to this topic landed him in trouble and he was forced to leave the university.

Although Galileo was originally discouraged from using science to explain phenomena, he continued to publish works that would have a lasting impact on science. He published Sidereus Nuncius in 1610, which laid out observations on the Moon and other planets. He also wrote Dialogo sopra i due massimi sistemi del mondo, which promoted the heliocentric view of the universe. Additionally, Galileo was the first person to show that objects of different masses fall to the ground at the same rate, and he used this theory to design the world’s first thermometer. Throughout his lifetime, Galileo laid the foundations of modern physics, studied the laws of motion, and performed experiments and observations to verify his theories. Even in our modern day, his work is still taught in classrooms today.

The Trial of Galileo

At the trial of Galileo in 1633, the church questioned his works and beliefs, which contradicted the Church’s view of a geocentric universe. This led to him being tried and accused of heresy under the orders of Pope Urban VIII. Under threat of torture and potential excommunication, Galileo was forced to renounce his heliocentric view, which was so contrary to the Church at the time. He was ultimately found guilty and was forced to spend the rest of his life under house arrest until his death.

READ MORE:  ‘Great observatories’ – the next generation of NASA’s space telescopes, and their impact on the next century of observational astronomy

Despite his trial, Galileo’s impact on science is still felt today. His use of the scientific method, as well as his numerous scientific contributions, remain as important foundations for modern physics and astronomy. He is often seen as a martyr for science due to his trial, and is featured in books, films, and art across the world. Without Galileo, our current understanding of science and the universe would look drastically different than it does today. 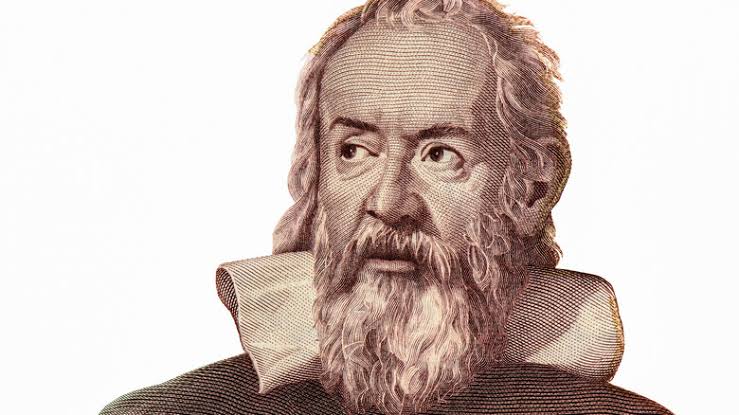 During the Renaissance, the Catholic Church ruled that the Ptolemaic cosmology—which put the Earth at the center of the universe—was true. Galileo was a great proponent of the Copernican model, which put the Sun at the center. This challenge to Church authority caused Galileo to suffer greatly.

Galileo was also a crucial figure in the development of experimental science. He was the first to use a scientific instrument in the form of the telescope. With the telescope, Galileo observed four moons orbiting Jupiter and realized that there were other worlds out there besides Earth. He also observed sunspots and mountains on the surface of the moon.

Galileo pioneered ideas in physics such as the principle of inertia. He also made some of the first observations about gravity. He concluded that a heavier object would fall faster than a light object, which is known as ‘Galileo’s Law’ today. He also accurately calculated the speed of sound in air.

In mathematics, Galileo is credited with introducing the concept of indivisibles and developing the discrete series. These are now considered basic tools of modern calculus. He also contributed to the understanding of plane geometry.

Galileo’s writings in natural philosophy laid the groundwork for modern physics. His works developed the ideas of acceleration, velocity and scientific experimentation. His writings troubled some members of the church, who rejected science in its favor of dogma.

Galileo was put on trial for his idea that the Earth revolved around the Sun. He was later forced to recant his belief. Upon his death, Galileo was given a proper burial—a testament to his significance to science. It is clear that Galileo played a pivotal role in the development of scientific thought and empiricism.

Today, Galileo is celebrated for his contributions to science, mathematics and philosophy. His name is associated with countless inventions and discoveries, and his life and times serve as an inspiration to scientists of all ages.

The contributions of Galileo Galilei to the world of science is immeasurable. From his courage to challenge the widely accepted views of the day to his influential use of the scientific method, Galileo was a major player in the scientific revolution. His lasting legacy is seen through his work in physics, astronomy, mathematics and other scientific fields. He is widely regarded as one of the most important figures in the history of science.