You Are Here: Home » Formation of Antibodies by Interferon 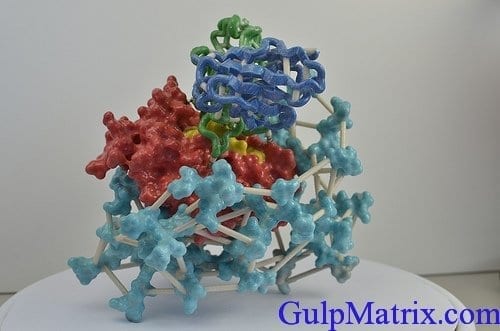 It has been found that interferons confer protection against the Vaccinia virus on chick embryos and rabbit. The explanation here is that whenever a virus invades ac cell, it alerts other cells of the presence on the virus and they are therefore armed against the invader, consequently conferring protection on the organism.

READ MORE:  How Urine is Formed in the Kidney Tubules

Interferon is non toxic, does not stimulate antibody production and lacks specificity. These features or qualities make interferon a novel protein in conferring immunity to a wide range of diseases, even to man. However, the shortcomings of interferon is that it would need to be produced in very large quantities and must come from human cells(to be used on humans) or from closely related species such as the chimpanzee.

READ MORE:  How the Body Controls the Production of Thyroxine

Antibodies are formed as a result of the entry of micro-organisms that produce antigens(protein macromolecules) which in turn cause the lymphocytes(white blood cells) to produce corresponding antibodies. Antibodies combine in some way to neutralize the effects of antigens and in the process cause the destruction or death of the invading organism. They can achieve this by adhering to the surface of the micro–organisms making them to clump together or agglutinate, or cause them to disintegrate(lysis) and the remains of the lyzed organism can then be ingested by phagocytes.

There are other types of antibodies such as opsonins which are usually absorbed onto the surface of micro-organisms making them easier to be engulfed by phagocytes. There is also the antitoxins which can neutralize toxins and the precipatins which cause the aggregation of antigen molecules which ultimately leads to the formation of a precipitate.

Be the first to comment on "Formation Of Antibodies By Interferon"