You Are Here: Home » Floral Morphology and Anatomy of Lileaceae 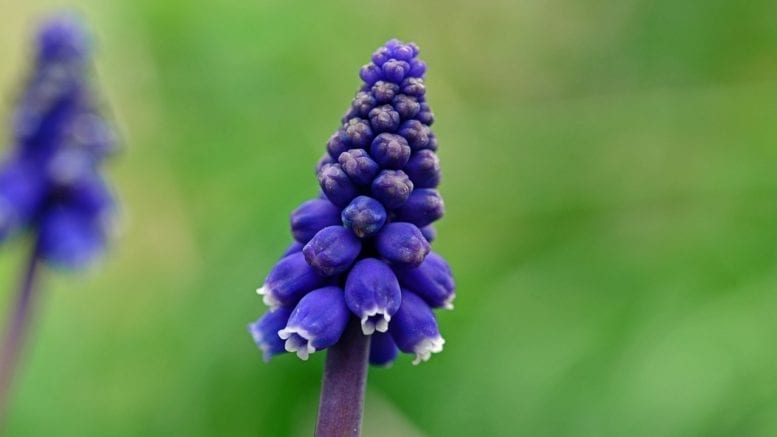 Lileaceae is a family of the order Liliiflorae. There are about two hundred genera of which nineteen are represented in great Britain. The members are mostly herbs perennating by rhizomes, corms or bulbs. The inflorescence may be solitary or racemose. Floral structure is very uniform and flowers are hermaphrodite, actinomorphic, hypogynous and with the parts cyclically arranged in three or multiples. There is often no clear calyx and corolla but the perianth segments are usually petaloid. There are most often inner and outer whorls of three segments, which may be free, or joined at the base. The androecium of lileaceae is usually of two whorls of stamens, inserted freely opposite the perianth segment, or inserted on them. The gynaecium is of three synacarpous carpels with three loculi containing many anatropous ovules in two rows on axile placetae in each loculus. The ovary is superior (cf. Iridaceae below). The style may be absent and the apex of the ovary expanded into three stigmatic surface or a single style may be present. Tri-lobed at its distal end. Nectarines may be present at the top of the ovary. Pollination is by inserts or self-pollination may occur. The fruit may be a capsule or a berry.

Iridaceae is another family of the order Liliiflorae, with about seventy genera of which seven are represented in great Britain. The members have similar vegetative characters to those of the Lilaceae. The inflorescence is cymose. The flowers are hermaphrodite, actinomorphic, and epigynous, with parts in three or multiples, arranged cyclically. Enclosing each flower when young is a spathe formed from one or two large bracts. The calyx and corolla are not distinct, the perianth segments all usually petaloid in a inner and outer series of three, united at the base to form a tube. The androecium is composed of three epiphyllous stamens. The gynaecium is of three synacarpous carpels, with eithr three loculi containing many ovules on axile placentae. The ovary is inferior (cf. Liliaceae). The style sometimes has three petaloid lobes. Nectarines occur on the perianth segment at the base and pollination is by large insects. The fruit is a capsule dehiscing by three valves.

Wild genera in Britain include Iris (flags) and Crocus; other such as Freesia, Crocosia [montbretia] and Gladilus are cultivated for floral decoration.

Floral Morphology and Anatomy of Rosaceae

Floral Morphology and Anatomy of Papilionaceae

Be the first to commenton "Floral Morphology and Anatomy of Lileaceae"