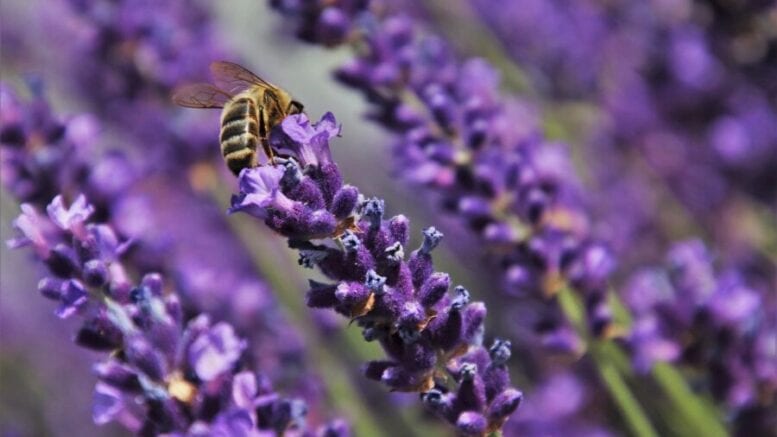 The Labiatae is another family of the Tubiflorae. There are about 170 genera of which twenty-five are represented in Great Britain. Most are perennial herbs, but there are a few shrubs. The inflorescence is characteristic, cymose with the very shortened cymes arranged in opposite pairs in the axils of leaves or bracts. Such an arrangement gives the appearance of a whorl of flowers at each node. Each group of flowers is described as a verticillaster. Flower structure is very uniform and each is hermaphrodite, markedly zygomorphic and hypogynous, with the parts cyclically arranged. The calyx is of five joined sepals, clearly five-toothed, but may be two – lipped with upper three and lower tow sepal. The corolla is basically of five petals joined to form a tube which distally is very distinctly two-lipped. The upper lip to two petals frequently forms a hood whilst the lower lip of three petals form an expanded three-lobbed platform. The androecium consists of four epipetalous stamens, didynamous, alternation with the corolla segments. The anthers may be versatile. The gynaecium is made up of two  of two syncarpous capels with initially two loculi, each with two anatropous ovules on axile placentae. The ovary later appears four-lobed since each carpel becomes subdivided by a wall separating the ovules in each case. The style is simple below, arising centrally from the four ovary segment but forked into two stigmatic surfaces above. Nectarines occur at the base of the ovary and pollination is effected by long-tongued insects. The fruit is a collection of four nutlets formed by the separation of half carpel each containing one seed. The whole structure is known as a carcerulus.