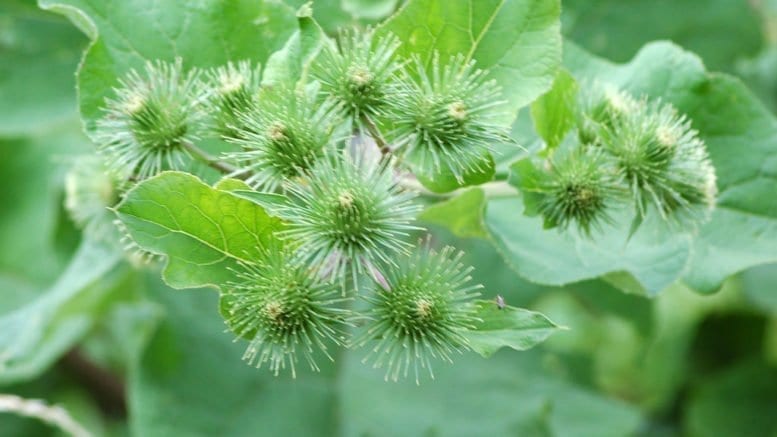 The compositae is the only British family of the order Asterales. It is the largest family of all flowering plants having over 900 genera and about 14,000 species. There are fifty-five genera represented in Great Britain. Practically every morphological type is represented and species can be found in almost every kind of habitant. Most of the success of the species must be attributed to successful pollination mechanisms, methods of fruit dispersal and vegetative propagation. The inflorescence is very characteristic. It is the capitulum, in which numerous florets arise on a flattened axis surrounded by calyx-like involucres of bracts. Fundamentally the floret of compositae has the following structure. It is hermaphrodite, actinomorphic, epigynous and the parts are cyclically arranged. The calyx, when present at all, is represented by hairs, scales or teeth to form a pappus.  The corolla is made up of five petals united to form a tube, at least at the base. Its upper part may be drawn out laterally into a flattened ligule or strap-shaped form. The androecium is of five epipetalous, syngenesious staments, dehiscing inwardly within the corolla tube. The filaments are contractile, responding to touch in some cases. The gynaecium initially consists of two syncarpous carpels in the inferior position. With development, only one carpel persists and this contains a single  basal anatropous ovule. The style  is single at the base, passing upward through the corolla tube and forking into two stigmatic surfaces at the distal end. Nectarines occur around the base of the style at the lower end of the corolla tube. Pollination occur. The fruit is an achene which may or may not  bear an upper structure derived from growth of the pappus to aid in its dispersal.

Dimorphism of the florets is very noticeable particularly in the form of corolla tube is extended as a strap-shaped or ligulate expanse, and the tubular floret in which the corolla tube remains more-or-less symmetrically tubular with five equal teeth. These two types of floret may appear separately in capitula or both together. When together, the centrally placed tubular ray florets. In addition to difference in corolla structure, within the same capitulum may found mixtures of, unisexual and neuter distinguish two sub-families.

Common Bristish genera of the family compositae include bellis (daisy), Taraxacum (dandelion), Senecio (groundsel), Tussilago (coltsfoot), Arctium (burdock), Carduus (thistles), Centaurea (knapweed), and Hieracium (hawkweed). Many genera are cultivated as garden flowers such as Chrysanthemum, Dahlia, Helianthus. Some are cultivated for their value as food such as artichokes, lettuce, etc.