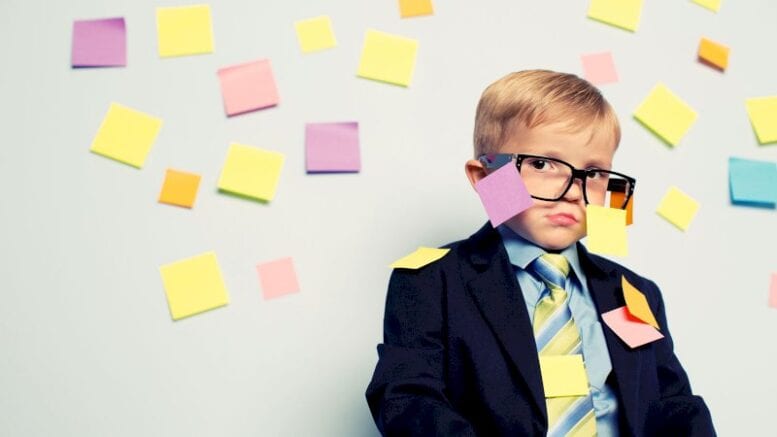 Impostor Syndrome? You finally got the promotion you worked hard for and how do you feel? While everyone is congratulating you, you think, “Why me? Were they short of qualified candidates? Can I really do this job? What if I fail?”

Do you recognize yourself here? If so, you might have impostor syndrome. Typically experienced by academically and professionally successful people, impostor syndrome (which is not a formal medical or mental disorder) is a fear of being “found out” as a fraud, feeling that success is not deserved and so you need to overwork to hide any perceived shortcomings. These fears can lead to anxiety and depression.

Andrew Taylor is a director at U.K.-based legal document firm Net Lawman who experiences the phenomenon. “That constant fear of being found out as a fraud is strong with me,” he says via email. “I do doubt myself, however, not believing I can achieve the next step and if I was without this, I could be so much further ahead.”

What Is Impostor Syndrome?

The term “impostor phenomenon” (currently better known as “impostor syndrome”) was coined in 1978 by a pair of psychologists, Pauline Clance and Suzanne Imes, who studied high-achieving female faculty and students and even wrote a book about it. “Despite outstanding academic and professional accomplishments, women who experience the impostor phenomenon persist in believing that they are really not bright and have fooled anyone who thinks otherwise, the researchers wrote. “Numerous achievements, which one might expect to provide ample object evidence of superior intellectual functioning, do not appear to affect the impostor belief.”

To the casual observer, it doesn’t make a lot of sense. Most people have to work hard and be smart to excel in a chosen field, so their success is therefore well-deserved. Just try telling that to the person who feels like an impostor, however, who’s often dealing with a host of other issues that further exacerbate the problem.

“I have suffered from impostor syndrome much of my life as I’m a black woman who comes from a highly impoverished background and was often told I would never amount to anything from my own parents,” emails Christian Sismone, a project manager who lives in Minneapolis. “Going through college I felt as though I needed to overperform in order to receive validation from others. I was a model student even suffering from major depression. I ensured my assignments were stellar even after having a suicidal incident,” she recalls.

Sadly, Sismone’s experience is not uncommon, and impostor syndrome doesn’t only affect women as many people think. “While it was originally researched among college women, newer research suggests that it is experienced across the board. It makes sense – people of all genders experience specific expectations and struggle with self-image,” emails Sara Stanizai, LMFT and the owner of Prospect Therapy, a psychotherapy group in Long Beach, California.

Still, the impact is often quite different between men and women. “For instance, women are still able to achieve, but are constantly plagued by feelings of being a fraud,” says Dr. Richard Orbé-Austin, psychologist/executive coach, and author of “Own Your Greatness: Overcome Impostor Syndrome, Beat Self-Doubt and Succeed in Life.“”Men, however, [will] tend to affiliate with peers with fewer qualifications or skills, which can protect their self-esteem, and avoid situations where they can be exposed as a fraud, which can cause them to underachieve.”

Research from 2007 estimates that 70 percent of people will suffer from impostor syndrome at least once during their lives. And a more recent 2019 study out of Brigham Young University (BYU) found the percentage of students regularly dealing with extreme impostorism was 20 percent.  The research also found that most of the study participants with this issue could do their jobs well – they just didn’t believe in themselves.

Leadership coach Tanya Geisler has worked with many clients who have it (she prefers to call it “impostor complex” and notes that it’s not a syndrome as there’s no clinical diagnosis). “It typically shows up at the edge of our expansion … on the precipice of something new.” She adds that members of marginalized groups are more likely to experience it.

Although anyone can experience impostor syndrome, there are a few family dynamic scenarios that make it more likely, according to Orbé-Austin.

Obviously, everyone has feelings of inadequacy or insecurity at one time or another. So how do you know if impostor syndrome is the issue at hand? There are both behavioral and internal signs to watch out for, according to Stanizai:

Even if you deal with a few of these issues from time to time, that doesn’t necessarily mean that you have impostor syndrome. “It’s important to know that these are part of a pervasive pattern of thoughts, feelings and behaviors,” says Stanizai. “Everyone has situations in which they are unsure, or periods of time when they are overworking.”

As with many other conditions, the first step is acknowledging the issue. “Many people suffer in silence, which perpetuates it,” Orbé-Austin says. In fact, the BYU study found that students who reached out to friends and family for social support felt better than their counterparts who sought help from people in their same major.

“After reaching outside their social group for support, students are able to understand themselves more holistically rather than being so focused on what they felt they lacked in just one area,” said one of the study authors in a press release.

Next, it’s important to change your personal narrative, which is often full of negative perceptions about your abilities and skills. “You should identify and internalize your skills and strengths, refrain from seeking perfection, seek support from trusted others in a dream team of support, and prioritize your self-care so you don’t overwork or burnout,” Orbé-Austin explains. It’s also important to realize that self-worth comes from inside, not from what other people think. Seeing a counselor or therapist can be helpful.

Finally, here’s some advice from Andrew Taylor, who deals with impostor syndrome.

“I currently have an app on my phone [called Sanvello] which I use to handle feelings of inadequacy and the anxiety that comes along with it,” he says. And he channels his feelings of unworthiness and thinking someone is going to point out that other people helped in his success into something positive. “It is one of the major reasons why I am so sensitive toward my staff to ensure that I credit them where due and let them know they are appreciated,” he says. “It is the least I can do and I can’t say that is really a bad thing.”