The vertebral column of a rabbit can be divided into distinct regions with types of vertebrae very characteristic of their particular region. In the neck are seven cervical vertebrae, in the thorax, twelve or sometime thirteen thoracic vertebrae, in the loin, seven lumbar, in the hip, usually on e sacral, though three caudal may be fused with it, and finally, in the tail there are about fifteen caudal vertebrae. The vertebrae are entirely bony and their centra have flat, smooth, articulating surfaces separated by fibrous intervertebral discs. At the centre of each disc is a small soft jelly-like region called the nucleus pulposus. It is the sole remnant of the notochord in the adult.

All the cervical vertebrae are characterized by the presence of short double-headed ribs fused laterally to the base of the transverse process. The vertebral artery passes through the foramina so formed. The third, fourth and fifth are the most typical cervical vertebrae. The central are not very stout, the question of weight in the neck being important. On each articular surface of the centrum is a thin bony plate, the epiphysis, which, after ossification, has fused with the diaphysis. The short cervical ribs enclose the vertebraterial canal and then fork. Above the neural arch is a small neural spine and laterally in front are the upwardly-directed prezygapophyses while the downward-facing postzygapophyses occupy a similar position posteriorly.

The first and second vertebrae, respectively the atlas and axis, are specially modified. There is no centrum on the atlas and in front, situated latero-ventrally are two large facets for articulation with the occipital condyles of the skull. In life, a ligament divides the neural canal into dorsal and ventral portions, the former occupied by the spinal cord and the latter by the odontoid process of the axis. Broad wing-like cervical ribs provide large surfaces for attachment of the muscles which rock the head up and down. These muscles pass forward both dorsally and ventrally to be inserted on the cranium.

The odontoid process of the axis represents the centrum of the atlas. Dorsally, there is a ridge-like longitudinal neural spine, to which are attached muscles from the skull and the ribs of the atlas. These muscles produce the turning movements of the head, the skull and atlas rotating on the odontoid process. Laterally, the cervical rib of the axis is longitudinal expanded into a narrow shelf. The sixth and seventh cervical vertebrae have tall neural spines and begin to approach the condition of the thoracic vertebrae. 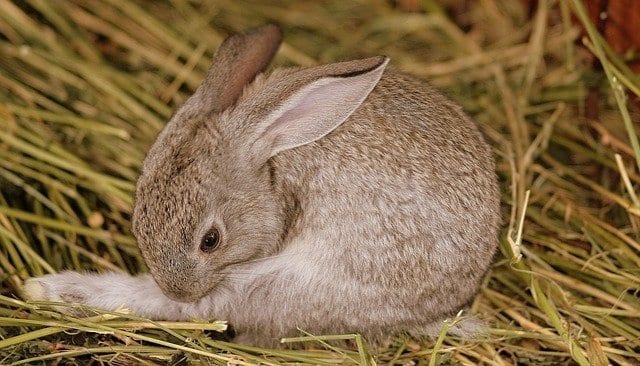 All the thoracic vertebrae have tall backward-sloping neural spine and small cylindrical centra. Dorso-laterally placed on the neural arches are short horizontal transverse processes. The ribs articulate at two points, the capitulum or head of the rib fitting into a small depression formed of two demi-facets at the antero-lateral corner of the centum of one vertebra and the postero-lateral corner of the centrum of the next vertebra. The tuberculum of the rib articulates with the smooth facet at the end of the transverse process. Movable jointing of the ribs allows breathing movements, but they are also secured to the vertebrae by ligaments. The tall neural spines join the supra-spinous ligament which begins at the skull and joins all the vertebrae by their neural spines. Posteriorly, the thoracic vertebrae begin to resemble the lumbar.

The most typical lumbar vertebrae are the second and third. There is a prominent neural spine flanked by strong metapohyses which rise from the antero-lateral region of the neural arch. The transverse processes are stout and long; they point forward and downward. Below the postzyapophyses, paired pointed anapohyses project backwards, and ventrally there is a median downward projection of the centrum called a hypapophysis. These lumbar vertebrae are the biggest and strongest in the whole column and this is correlated with the fact that a number of the powerful muscles of the back are attached to them. Bending of the vertebral column, which plays a large part in the jumping movements, is mainly performed by muscles passing beneath the central from the sacrum to all the lumbar and the posterior thoracic vertebrae. Lateral to the lumbar vertebrae between the metapophysis and the transverse process, there is on each side a thick mass of muscle which passes from the sacrum to the skull, narrowing in the anterior thoracic and cervical regions. This muscle has branches to the transverse processes and to the metapophyses and also to the ribs. Contraction of this muscle straightens the vertebral column. The relationship of these muscles to locomotion will be considered in the appropriate section.

There is only one true sacral vertebra, but since three or four caudal are fused with it, the whole structure is generally known as the sacrum. The thick, strong, transverse processes of the sacral vertebra have a roughened lateral facet for fusion with the ilia of the pelvic girdle. This is a rigid and very strong joint through which the thrust of the hind-limb is transmitted to the vertebral column. The whole sacrum forms a large triangular bone providing a broad base for posterior attachment of the muscles of the back. The caudal vertebrae gradually degenerate towards the end of the tail until they become mere small cylindrical centra.

READ MORE:  15 Endocrine Glands and their Functional Roles in a Rabbit

It is important to understand how well the vertebrae are connected together. Each vertebra joins the next behind by three facets; the centrum with the intervertebral disc and two postzygapophyses which fit over the two prezygapophyses. This three point contact interlocks the whole series so that there is more arching possible dorsally than ventrally and a limited amount of lateral bending. The atlas and axis are attached to the skull and each vertebra is joined to the next posterior one by small ligaments. In addition, there are four long ligaments running from the skull to the sacrum, connecting all the vertebra together.

The vertebral column also has a dorsal ligament joining all the neural spines, a ventral ligament joining the centra, and two lateral ligaments joining the transverse processes. These bind the whole series together into one unified structure with little bending possible between any two contiguous vertebrae but a considerable degree of curvature possible to the whole column. The ligaments ensure that at no point is the curvature excessive. Power is provided by the complicated muscles of the back. The column plays three important roles; it protects the spinal cord, is an essential component in locomotion, and axially supports.