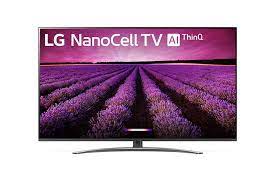 I am sure everyone loves to have a better TV screen experience, we all want to watch our favorites blockbuster or action or comedy TV shows from a very nice screen. Recently one of the top technology company identified as LG, as we all popularly know it launched a Nano cell television which gives users a nice 4K experience.

Well stick around till the end of this content to find out which is better and which is more affordable.

Before we dive into the nano cell television, we need to first of all understand what Nano Cell Technology is all about, read below to find out

What is Nanocell technology?  The Nano cell Technology is referred to as a display technology which was developed by LG in the aim of delivering mind-blowing clarity and color. LG’s Nano cell technology is amongst the top 5 best television in the world as it gives it’s users an awesome television experience, be it they are sport lovers, movie lovers e.t.c.

Stated by the manufacturers (LG), The nano cell television makes use of light absorbing particles which removes every unwanted light wavelength, this helps by delivering subtler images on the television screen.

This television allows users to take control of their television using their Alexa device.

Now if you are having a movie night with your friends, maybe a girls only sleepover, where you get all your gangs in one house, party like crazy and watch some horror or romantic movies then this feature will amaze you as it helps display over a billion colors which is supported by 4k HDR. this feature will make movie night the best experience of your life.

With the nano cell television, it won’t be a surprise that lot of your friends would visit you and your house ends up getting crowded, who doesn’t love a nice television experience. This feature enables you and your friends to watch ur favorite movies be it you are standing or sitting on a chair, you would definitely get a great view.

Ever been to the cinema?, well if you haven’t don’t feel bad because I haven’t either , the nano cell television ensures you get the best sound quality and an experience just like the one people get at the cinemas.

There are some other cool features like the webOS and the local dimming.

QLED is a popular display technology that was manufactured by Samsung. there are quite some similarities between Samsung’s QLED Television and LG’s Nano Cell Television, for example they are both affordable 4K televisions, they also share same LED backlight. The QLED makes use of quantum dots for its image pixels optimization.

One of the noticeable difference is that Nano Cell Television displays a brighter image, while Samsung’s QLED displays a darker black.

Is The Nano Cell Television Really Worth It ?.

Definitely worth it, but from another perspective, it depends on what you want to use the television for, is it for gaming, of watching movies, or watching sport events?. If yes then go get yourself a nano cell television because it shines best in these aspects which I listed. It would also suit you if you are searching for an affordable television.

So Now you have a clear description on what to expect when getting the nano cell television and why it is the best catch right now.

The Working Principles of the OLED Television