In a paramagnetic substance which is not subjected to a magnetic field, the magnetic moments are oriented purely at random due to the thermal vibrations. In a ferromagnetic material exhibiting 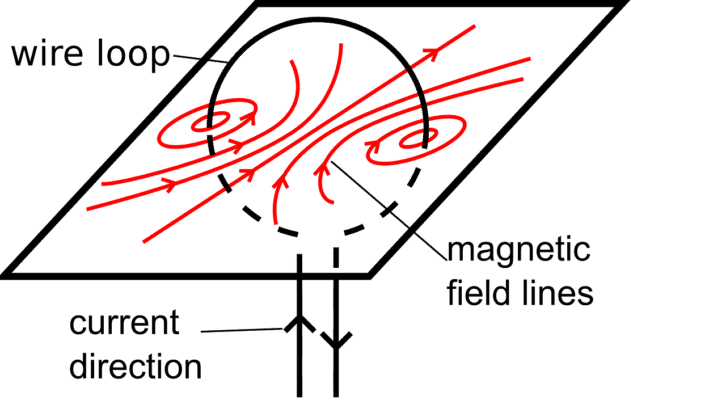 ferromagnetism, however, strong ‘interactions’ are present between the moments, of the nature of which requires quantum theory to understand it and is outside the scope of this work. These cause neighboring moments to align, even in the absence of an applied field, with the result that tiny regions of very strong magnetism are obtained inside the unmagnetized material called magnetic domains. Above a critical temperature called the Curie point, ferromagnetic become paramagnetic.

If all the domains were aligned completely, the material would behave like one enormous domain and the energy in the magnetic field outside is then considerable. Now all physical systems settle in equilibrium when their energy is a minimum because the external magnetic field energy is less. Thus the domains grow in the material. The region between two domains, where the magnetization changes direction, is called a domain wall and also contains energy. When the formation of a new domain wall requires more energy than is gained by the reduction in the external magnetic field, no more domains are formed. Thus, there is a limit to the number of domains formed. This occurs when the volume of the domains is of the order 10-4cm-3  or less.