You Are Here: Home » Excretion and Osmoregulation in Marine Invertebrates 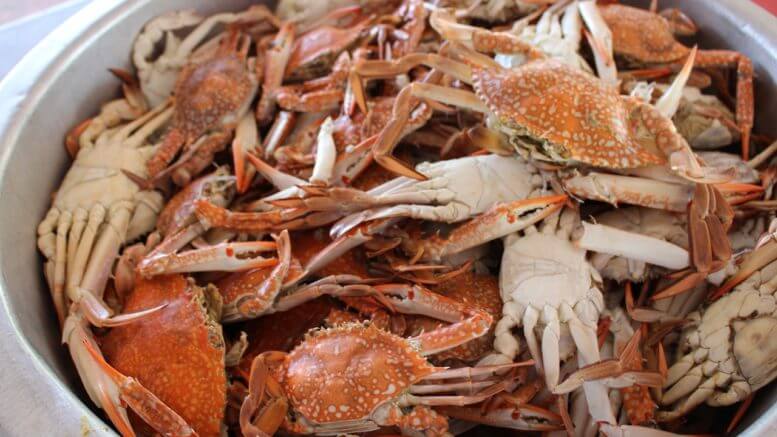 There is good reason to suppose that life began in the sea. Many animals, notably marine invertebrates such as sea anemones, spider crabs and star fishes, have remained in the sea throughout their evolutionary history. Their body fluids are isotonic with sea water; indeed in starfishes the tissues are perfuse with sea water itself. Since their internal osmotic pressure (OPi) is equal to the external osmotic pressure (OPe) there is no need for these animals to osmoregulate and, not surprisingly, the majority of them lack any means doing so. Any changes in OPe result in changes in OPi. For marine invertebrates this presents no problem of the open sea is a stable environment not subject to sudden changes in salinity. However, it does mean that their habitat is restricted to the sea.

FROM SEA TO FRESH WATER

In the evolutionary history of animals migration from sea to fresh water has happened on more than one occasion. To be able to undergo and  complete such a migration an animal must be capable of maintaining an osmotic pressure independent of fluctuations In the salinity of the surrounding water. To illustrate this compare the results of immersing three different species of crab in diluted sea water. the fully marine spider crab Maia cannot osmoregulate at all with the result that as the osmotic pressure of the water decreases the osmotic pressure of the animal’s body fluids decreases by the same amount. In contrast, the shore crab Carcinus is capable of some degree of osmoregulation. In diluted sea water the osmotic pressure of its body fluids is maintained above that of the surrounding water. This enables Carcinus to live in the brackish water estuaries. However, its power of osmoregulation breaks down if the external medium becomes too dilute, so that it cannot migrate very far up rivers. The third species, the mitten crab Eriocheir, can tolerate much greater dilutions than Carcinus, enabling it to penetrate upstream into completely fresh water

READ MORE:  Plant and Animal Cells and Their Functions

Although osmoregulation is necessary for permanent migration from sea to fresh water it is not the only means by which a marine invertebrate can withstand dilution of its surrounding medium. There are two other possibilities.

1. It may possess tissues that can tolerate a wide range of salinities. This is true, for example, of the lugworm, Arenicola which survives in the comparatively dilute waters of the Baltic Sea, and the ragworm, Nereis diversicolor which flourishes in the Gulf of finland.

2. It may avoid the effects of dilution by behavioral means. This is the method used by the estuarine snail Hydrobia which burrows into the mud when the tide is going out, thus escaping the periodical dilution of its external medium. This kind of trick enables animals to penetrate for variable distances upstream, but for full exploitation of fresh water the ability to osmoregulate is essential.

The problem facing a fresh water animal (or an estuarine animal for that matter) is that OPe. The danger here is dilution of the tissues resulting from the osmotic influx of water across the exposed ability to osmoregulate is essential.

On purely theoretical grounds there are two possible solutions to this problem:

Both these solutions would involve the movement of ions against a concentration gradient and so would require the expenditure of energy (active transport). With these general principles in mind let us take a brief look at the osmoregulatory devices of several fresh water animals.

READ MORE:  Complete Description of the Morphology of False Fruits

This simple device is found in Amoeba and fresh water protozoons. It is a small sac, lined with unit membrane, lying freely in the cytoplasm. the cell membrane surrounding the animal is semi permeable and since OPi, is greater than OPe, water enters the cell by osmosis. To counter this, water is secreted into the contractile vacuole as fast as it enters the body. As this happens the contractile vacuole expands and eventually discharges its contents to the exterior through a small pore in the cell membrane, after which the whole process is repeated.

Simple through this may seem, there are many unresolved questions about the contractile vacuole. However, it is reasonably well established that its function is osmoregulatory. If a fresh water protozoon is placed in water to which a small quantity of salt has been added the contractile vacuole discharges its contents less frequently than before. In fact the frequency of discharge decreases as the salinity of the medium increases.That the mechanism by which the contractile vacuole collects water involves the expenditure of energy is suggested by numerous mitochondria which lie close to the vacuole membrane. This view is supported by treating Amoeba with a metabolic poison. This puts the contractile vacuole out of action with the result that the animal takes up water, swells and dies. It is interesting that marine species of Amoeba, whose internal fluids are isotonic with the surrounding sea water, have no contractile vacuoles. If placed in a hypotonic medium a contractile vacuole develops.

In marine invertebrates such as the shore crab Carcinus, water is eliminated by a pair of antennal glands , so-called because of their position at the base of the antennae in the head. Each gland consists of a small end sac derived from the coelom, which is connected to a larger sponge-like cavity, the labyrinth.  This in turn connects with a bladder which opens to the exterior by a small pore at the base of the antenna. The antenna glands are responsible for nitrogenous excretion: fluid rich in nitrogenous waste is filtered into the end sac labyrinth from the surrounding blood. At first sight the antennal gland might also appear to perform an osmoregulatory function. However, it has been found that the urine is isotonic with the blood. This is because the antennal gland is incapable of holding back salts: it eliminates water and salts alike. However, the loss of salts in the urine is compensated by the fact that the gills absorb salts from the surrounding medium and secrete them into the blood against a concentration gradient. In this way OPi can be maintained at a higher level than OPe. The same thing happens in the mitten crab Eriocheir, but here the inward secretion of salts is sufficiently vigorous to enable the animal to flourish in fresh water.

In the fresh water crayfish we find that a considerable step forward has been taken. Like carcinus, it is capable, of producing a hypotonic urine. This is because the antennal glands in this case are able to reabsorb salts, a process which takes place in a coiled tubule linking the labyrinth with the bladder. Analysis of fluid extracted from the antennal gland at various points along its length has shown that the contents of the end sac labyrinth are isotonic with blood, but as the urine flows along the coiled tubule salts are removed from it. Thus the antennal gland of the crayfish gets rid of excess water and holds back salts.