You Are Here: Home » Environmental Effects on the Genetics of the Himalayan Rabbit 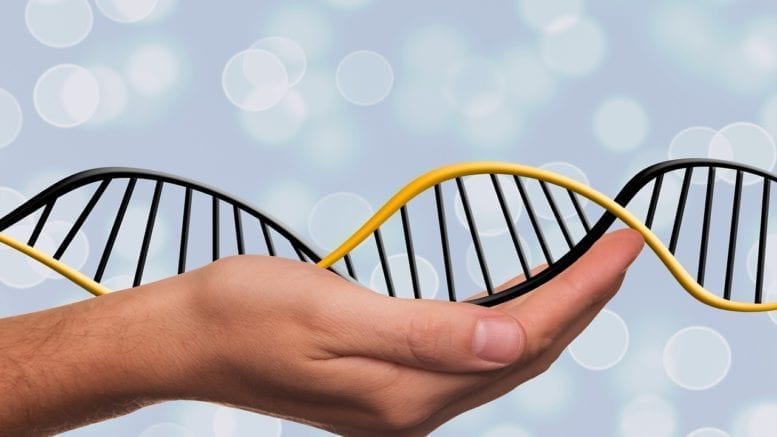 Experimental investigations on genetics have proven that the environment can influence development by affecting the genetic activities or gene action. Environment in that context means the immediate chemical surroundings of the individual cell. We must now briefly consider the extent to which more general factors of the environment, temperature, light and so on, affect development.

A well known case of environmental control of genetics is provided by the development of fur color in the Himalayan rabbit has a white body with black ears, nose, feet and tail. At first glance it might be thought that this pattern is purely genetically controlled, but a simple experiment shows that this is not the case. If a cold pad is fixed to the rabbit’s back during development, black hair develops beneath the pad. We now know that heat prevents the development of the black pigment; only in those parts of the body which are cool enough, i.e. the extremities, will the black pigment develop.

There are many other cases of the environment influencing an organism’s development. For example, in plants, chlorophyll will only develop if light is available, flowers if the day length is right and the temperature suitable, and so on. Generally environmental influences tend to be cruder than internal ones. They affect the total appearance or other wise of a particular feature rather than the subtler aspects of differentiation.

One of the most interesting facts to emerge from the experiments on genetics or gene action in Echerichia coli is that lactose itself can turn on the switch leading to synthesis of the enzyme. In other words a chemical molecule which is not itself part of the nuclear material can influence gene action and which we may even refer to as genetic manipulation. This fact is of great importance and reflects the belief held by most embryologists and geneticists that development is controlled by a complex interaction between blueprints responsible for producing a highly differentiated multicellular organism from a fertilized egg, the cytoplasm and environment determine how, where this information should be used. Only by postulating such interaction can we explain induction, gene switching and the other facts of development and Morphogenesis.

The Role of The Nucleolus in the Formation of Ribosomes

We have discussed some of the processes which result in cell differentiation, and we have seen that the crucial factor determining the future of a cell is what proteins are formed. Proteins, are synthesized on the ribosomes, and so we must ask the question: what controls the formation of the ribosomes?

Chemical analysis shows that the ribosomes consist of a nucleoprotein in which the protein is conjugated with a type of PNA known as ribosomal RNA. The structure responsible for the manufacture of ribosomes is a the nucleolus, the dense body normally found in the nucleus of all animal and plant cells. Evidence for this comes from the observation that abnormal cells lacking nucleoli fail to manufacture ribosomal RNA, and are thus unable to make ribosomes.

Chemical analysis shows that the ribosomes consist of a nucleoprotein in which the protein is conjugated with a type of RNA known as ribosomal nucleolus, the dense body normally found in the nucleus of all animal and plant cells. Evidence for this comes from the observation that abnormal cells lacking nucleoli fail to manufacture ribosomal RNA, and are thus unable to make ribolsomes

In the study of genetics, there are a couple of questions that we should ask: What function is the nucleolus performing? Are there any genetic connection between the nucleolus and the type protein formed? Some years ago it was noticed that specific regions of certain chromosomes are always embedded in the nucleolus. This has led to the suggestion that the genes in these particular regions of the chromosomes might be responsible for bringing about the synthesis of ribosomal RNA. This was tested by an ingenious experiment. DNA was extracted from cells of tadpoles of the African clawed toad, Xenopus laevis. Some of the tadpoles had cells with nucleoli; others were abnormal and lacked nucleoli. After extraction, the DNA was hybridized: the double helix was split by chemical treatment into single strands and mixed with radioactively labeled ribosomal RNA. The latter proceeded to bind to the particular section of the DNA where the sequence of bases corresponded to that of the ribosomal RNA. The quantity of bound ribosomal RNA was estimated by washing away any unbound RNA and then measuring the amount of radioactivity. Briefly the results were as follows. DNA from tadpoles lacking nucleoli showed no bound ribosomal RNA at all; DNA from tadpoles with nucleoli gave a level of radioactivity which indicated that well over a thousand genes were responsible for coding for the ribosomal RNA.

The part of the nucleolus containing these genes is called the nucleolar organizer region. It is believed that ones the DNA has been transcribed into ribosomal RNA in the nucleolar organizer region, the ribosomal RNA is conjugated with protein in another part of the nucleolus to form a nucleoprotein chain. The nucleoprotein chains so produced then coil up and pass via the pores in the nuclear membrane into the cytoplasm where they are assembled into full functional ribosomes.

Complete Description of the Structure of Nucleic Acids