You Are Here: Home » Electronic Structure and Isotopes of the Lanthanides 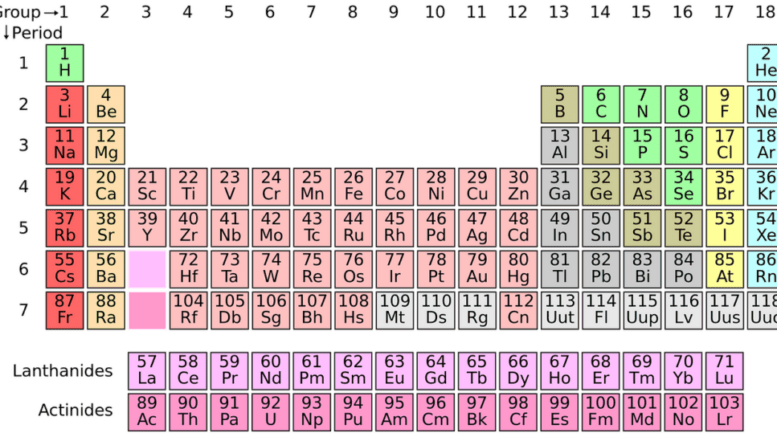 The electronic structures of the lanthanides are shown in Table below. Lanthanum (the d-block element preceding this series) has the electronic structure: xenon core 5d1 6s2. It might be expected that 14 elements from cerium to lutetium would be formed by adding 1, 2, 3 … 14 electrons into the 4f level. However, it is energetically favorable to move the single 5d electron into the 4f level in most of the elements, but not in the cases of Ce, Gd and Lu. The reason why Gd has a 5d1 arrangement is that this leaves a half filled 4f level, which gives increased stability. Lu has a 5d1 arrangement because of the f shell is already full. The lanthanides are characterized by the uniform (+III) oxidation state shown by all the electronic structures of the ions are Ce3+ f 1, Pr3+ f 2, Nd3+ f 3 … Lu3+ f 14.

The 4f electrons in the antepenultimate shell are very effectively shielded from their chemical environment outside the atom by the 5s and 5p electrons. Consequently, the 4f electrons do not take part in bonding. They are neither removed to produce ions nor do they take significant part in crystal field stabilization of complexes. Crystal field stabilization is very important with the d-block elements. The octahedral splitting of f orbitals Ϫo is only about 1kJ mol – 1. Whether the f orbitals are filled or empty has little effect on the normal chemical properties. However, it does affect their spectra and their magnetic properties.

Oxidation States of the Lanthanides

The sum of the first three ionization energies for each element is given in Table below. The values are low. Thus the oxidation state (+III) is ionic and Ln3+ dominates the chemistry of these elements. The Ln2+ and Ln4+ ions that occur are always less stable than Ln3+. (In this chapter, the symbol Ln is used to denote any of the lanthanides). In just the same way as for other elements, the higher oxidation states occur in the fluorides and oxides, and the lower oxidation states occur in the other halides, particularly bromides and iodides. Oxidation numbers (+II) and (+IV) do occur, particularly when they lead to:

The lanthanide elements resemble each other much more closely than do a horizontal row of the transition elements. This is because the lanthanides effectively have only one stable oxidation state, (+III). Thus, in the series Radii are for six-coordination.

It is possible to compare the effects of small changes in size and nuclear charge on the chemistry of these elements.

Abundance and Number of Isotopes of the Lanthanides

The lanthanide elements are not particularly rare. Cerium is about as abundant as copper. Apart from promethium, which does not occur in nature, all the elements are more abundant than iodine.

Element 61, promethium does not occur naturally. It was first made and studied at Oak Ridge in Tennessee, USA in 1946. Its absence may be explained by Mattauch’s rule. This states that if two elements with consecutive atomic numbers each have an isotope of the same weight, one of the isotopes each, there are not may stable mass numbers available for promethium, element 61

According to Mattauch’s rule, if promethium is to have a stable isotope, it must have a mass number outside the range 142 – 150. The only isotopes of Pm which have been made so far are radioactive. 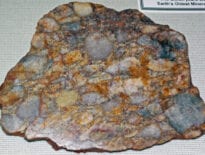 Chemistry Extraction and Uses of the Lanthanide Elements 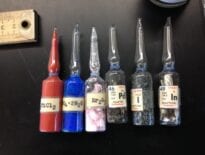