You Are Here: Home » Effects of Pheromones and Hormones on the Sexual Behavior of Stickleback 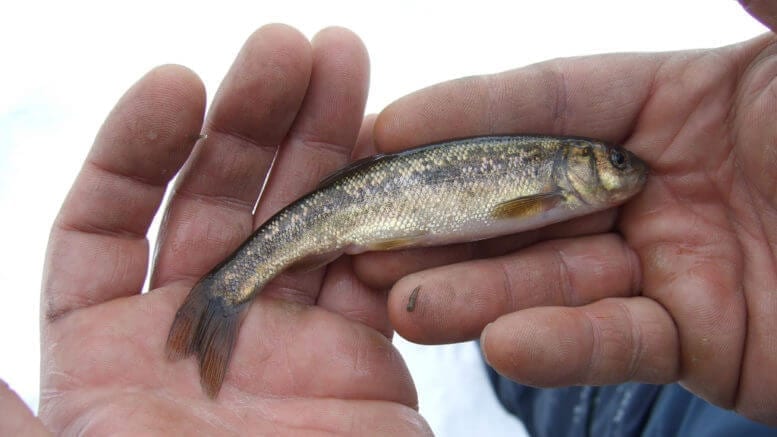 The stickleback is a family of marine fish that is carnivorous in its feeding habits by preying on crustaceans, fish larva and insects. Some are also found in fresh water habitat having very distinct features from their marine relatives. In sexual reproduction stimuli between the two participating individuals ensures synchronization of reproductive activity. This has been investigated by Tinbergen in a series of classical observations and experiments on the three stickleback. Since Tinbergen’s work clarifies many aspects of species characteristic behavior it is worthwhile considering it in detail.

The male stickleback migrate upstream to their breeding grounds in the spring. Each acquires a small piece of territory from which he chases away any intruders of either sex. Then he builds a small tunnel-like nest of weeds, open at both ends. During this time his belly region takes on a bright red coloration. His nest complete, he now becomes interested in females which at this season of the year are laden with eggs. If and when a female appears he swims towards her in a curious zigzag fashion. When she sees him the female responds by swimming towards the male with her head and tail turned upwards, thereby displaying her swollen abdomen. The male then turns abruptly and swim quickly to the nest, the female following. He then shows her the nest entrance by poking it with his snout. At the same time he turns over on his side and raises his dorsal spines towards her. She enters the nest, her head sticking out of one end and her tail out of the other. The male now gives the female’s rump several prods with a trembling motion, and this stimulates her to lay her rump several prods with a trembling motion, and this stimulates her to lay her eggs. When she has discharged all her eggs she leaves the nest and the male enters it, ejaculating over the eggs. He then chases the female away and goes off in search of another mate. Altogether he may escort as many as five different females to his nest.

After mating is over the male guards the nest and fans the eggs with his pectoral fins. Water is thus kept moving over them and this keeps them well supplied with oxygen. When the eggs hatch the male keeps the youngsters together and defends them until they are capable of looking after themselves.

By means of models Tinbergen has been able to demonstrate the stimuli involved in courtship. The stimulus which releases the male’s zigzag dance is the female’s swollen abdomen; the size of the abdomen is all that matters: a stuffed female or even a bloated male will do equally well. The signal which causes the female to follow the male is the male’s red belly: she will follow a red model equally persistently. The female is finally made to lay her eggs by the poking of her rump. It is not even necessary for a fish to do this; a glass rod is good enough. Finally the fanning of the clutch by the male Is induced by the eggs themselves: take them away and fanning ceases.

So we see that the courtship behavior of the stickleback consists of a series of stereotyped behavior acts performed alternately by the male and female. Each act presents certain sign stimuli which elicit the next phase of activity in the other sex. The result of this chain behavior is complete coordination and synchronization of reproductive activity between  the two sexes. However, it must be stressed that this is an idealized sequence; most reproductive behavior is much more complicated than this simple sequence suggests.

READ MORE:  Detailed Description of the Vertebral Column of a Rabbit

Sexual Motivation in the Stickleback Fish

For a releaser to elicit a response the animal must be in the right kind of ‘mood’ for example, food will not elicit feeding behavior if the animal has just had a good meal. Similarly in sexual behavior the arrival of a potential mate will not lead to reproductive behavior if the animal is not ready for it. The term used to describe the internal state which must precede a specific act of behavior is motivation

Motivation results from the animal’s internal physiological state, particularly the level of different hormones in the body. This in turn is determined by the motivational stimuli such as temperature and light. For example, in birds sexual behavior in spring is brought on by increasing day-length resulting in enlargement of the gonads. The eyes receive the stimulus of light which is transmitted to the brain and thence to the pituitary gland which secretes gonadotrophic hormones. These activate the gonads which in turn produce sex hormones inducing reproductive behavior. Similarly courtship and mating in the stickleback will only take place in the spring when, for various environmental and physiological reasons, the female is ripe and the sex urge reaches its height.

The stickleback story illustrates how an animal’s motivation can change in the course of a complex behavioral sequence. In the spring the male migrates upstream to its breeding grounds, this migratory behavior being brought on by hormonal changes involving the pituitary and thyroid glands. On reaching the breeding ground its behavior changes to territorial, this being due to motivational stimuli derived from the territory itself. Its behavior next becomes directed towards nest-building , then courtship and mating, and finally fanning the eggs and protecting the young. In each of these phases the appropriate motivation reaches a peak and then declines, making way for the next phase. The waxing and waning of motivation is seen particularly clearly in fanning of the eggs by the male. The amount of time spent fanning increases each day, reaching a maximum on the eighth day when the eggs are about to hatch. It has been shown that fanning activity is proportional to the amount of carbon dioxide in the water round the eggs, and inversely proportional to the amount of oxygen. If a batch of eggs  is removed after six days and replaced by a new clutch, the male continues to fan the eggs as if they belonged to the original clutch. But the day before the original clutch would have hatched the fanning time drops, but remains at a level higher than on the first day. This suggests that fanning is controlled by internal as well as external factors, stimuli from the eggs having the immediate effect of inducing fanning and the longer-term effect of gradually raising the urge to fan.

READ MORE:  Morphological Affinities of the Chordates and Echinoderms

Role of Pheromones in Sexual Behavior

A pheromone is a chemical substance produced by one animal which influence the behavior of another. It may achieve this either by acting as a releaser or by building up motivation towards a particular type of behavior. Perhaps the best known example of pheromones. For example, unmated female cockroaches secrete a chemical substance from the surface of their body for males to court them. Males are aroused even if they touch a piece of filter paper which has been in contact with a female, and therefore contains some of his pheromone. In social animals like bees, pheromones play an important part in directing the development and behavior of the different castes in the colony.

The Role of Hormones in Sexual Behavior

Hormones are certainly involved in the building up of motivation. This has been confirmed in may cases by investigating the behavior of animals which have either had hormones injected into them, or endocrine organs removed.

How do hormones influence behavior? The answer to this question is not fully known but the following possibilities are all supported by evidence.

The Functional Role of Releasers in Behavioral Responses

What's the Difference Between a Mountain Lion and a Cougar?

Effects of Pheromones and Hormones on the Sexual Behavior of Stickleback 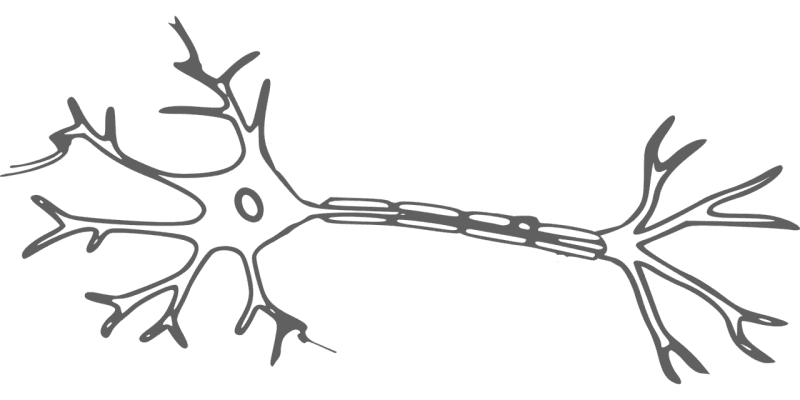 Biology The Functional Role of Releasers in Behavioral Res…
0