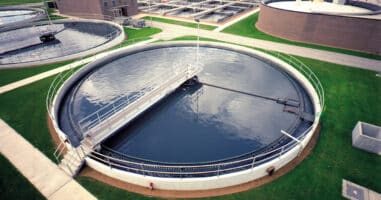 Bacteria are the most important and largest microbial community components in all biological wastewater treatment processes.

The number of concentration of bacteria varies depending on the biological process and pH, with activated sludge (aggregates of healthy aerobic bacteria living in colonial structures called flocs) having the highest number concentration. Bacteria range in size from 0.5 to 5 m and can be classified into four types based on their shape: sphere (cocci), straight (rod), curved (vibrio), and spiral (spirilla). They can be found alone, in pairs, in packets, or in chains.

Bacteria are divided into two types:

Heterotrophic Bacteria are bacteria which use organic matter for energy.

Autotrophic Bacteria are bacteria which use inorganic matter for energy.

Under the category of the heterotrophs, there are also sub divisions of microorganisms and they are the aerobic, anaerobic and facultative bacteria.

Untreated wastewater can be harmful to the environment. This is because human and pet waste is a source of a variety of waterborne diseases and microbial contamination.

While many different microbes are used in sewage treatment, three well-known microbes play an important role in keeping sewage clean. Each of these bacteria contributes to the treatment process in a different way, ensuring that there is little to no impact on the surrounding environment.

Natural wastewater microorganisms play an important role in the wastewater treatment process. Beneficial bacteria, protozoa, metazoa, algae, and fungi break down organic material in wastewater. Bacteria form clumps, or flocs, that settle and separate from wastewater liquids. This settled mass is known as sludge. In this article, we would focus on bacteria used in water treatment.

You can find a list of bacteria used in sewage treatment here. 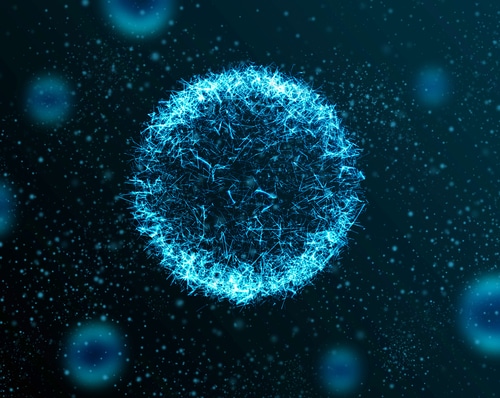 An aerobic organism, also known as an aerobe, is one that can survive and grow in an oxygenated environment.

Aerobic bacteria are commonly used in new treatment plants in an aerated environment. This bacterium degrades pollutants in wastewater by using free oxygen in the water, which it then converts into energy that it can use to grow and reproduce.

This type of bacteria requires mechanical oxygen addition in order to function properly. This ensures that the bacteria can do their job properly and continue to grow and reproduce on their food source.

Any organism that does not require oxygen to grow is considered anaerobic.

Anaerobic bacteria are commonly used in wastewater treatment. These bacteria’s primary function in sewage treatment is to reduce the volume of sludge and produce methane gas from it.

The great thing about this type of bacteria, and why it is used more frequently than aerobic bacteria, is that methane gas can be used as an alternative energy source if cleaned and handled properly. Given the already high energy consumption levels of wastewater treatment, this is a huge benefit.

Unlike aerobic bacteria, this type of bacteria can obtain more than enough oxygen from its food source and does not require additional oxygen to function. Another advantage of using anaerobic microbes in sewage treatment is the removal of phosphorus from wastewater. 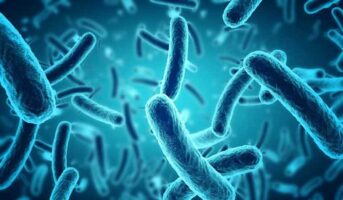 Facultative microorganisms in sewage treatment are bacteria that can switch between aerobic and anaerobic metabolism depending on their environment. It should be noted that these bacteria prefer to be in an aerobic environment.

Bacteria and other microorganisms are used in many industrial and municipal wastewater treatment plants to aid in the cleaning process. Choosing the right bacteria can be difficult because your choice is dependent on the condition of your area for effective use. If anaerobic bacteria are handled properly, wastewater treatment can also be a great source of alternative energy.