You Are Here: Home » Dragonflies: Ancient and Aggressive Insect Aviators 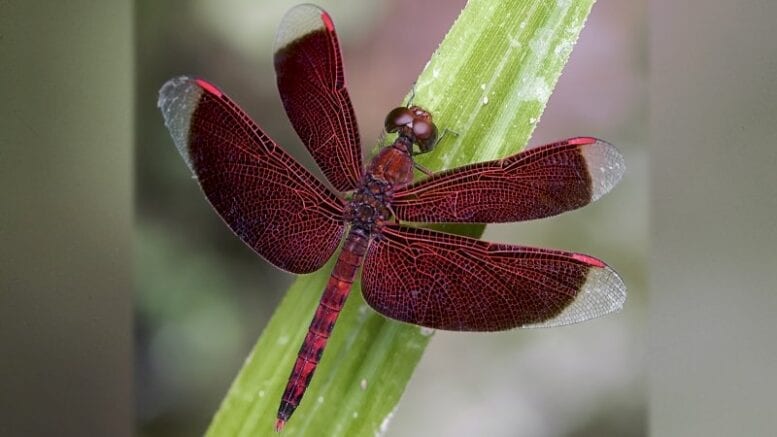 Imagine an underwater world of (scary dragonflies) where bloodthirsty babies are the thing everyone fears most. These children lie in ambush for their prey or roam the landscapes like coyotes in search of their next meal. They’re cunning, aggressive, efficient predators, but when they grow up they leave the water to terrorize land dwellers with the same homicidal verve that characterized their younger years. Also, their mating rituals involve a lot of strange, acrobatic sex.

This sounds like the plot of a gripping sci-fi movie, and if the babies and adults in question were human (or human-ish), it totally would be. But this world really does exist — it exists in the world of the dragonfly.

“They’re powerful, fast predators,” says Giff Beaton, the author of “Dragonflies and Damselflies of Georgia and the Southeast.” “The underwater nymphs are just as powerful and efficient killers as the free-flying adults. They have a fascinating lifecycle biology, and are incredibly beautiful: there are brown ones, orange ones, red ones, blue ones, green ones. They’re gorgeous — just spectacularly colorful.”

Adult dragonflies will eat things as large as themselves. They can fly up to 30 miles (48 kilometers) per hour and have unbelievably sharp eyes — they can identify a potential prey, predator, mate or rival from around 100 feet (30 meters) away.

“When they see a potential prey item, they don’t just chase it — they can calculate what the prey is, what direction it’s flying in and what speed, and they move on an intercept course to get it. They’re one of the only insects that can predict where their prey will wind up, and they’ll head it off. They’re doing trigonometry in their heads — it’s so cool.”

It would be unfair to go on and on about dragonflies (suborder Anisoptera) alone when they share so many characteristics with their close cousins, the damselflies (suborder Zygoptera). They look very similar, but dragonflies have large eyes and hold their wings out like airplanes when resting, whereas damselflies have small eyes and hold their wings straight up above their bodies.

Together, modern dragonflies and damselflies make up an order of insects called Odonata, which just means “tooth” in Greek. They’re certainly not the only insects with toothed mandibles, but there’s something of a “the first” vibe about them. They’re almost unimaginably old: Something that looks like a dragonfly or a damselfly has been around for about 325 million years. For instance, the griffinfly — the largest-known insect ever to buzz around this bonkers planet — grew to 30 inches (76 centimeters) wide, and emerged out of the first forests of the Carboniferous period.

“Their wing venation and body plan is very, very close to the dragonflies we see today,” says Beaton. “Odonates are effectively unchanged since then, which tells you how effective their life cycle and body style actually is.”

There are over 5,000 species of odonates in the world, on every continent except Antarctica, and most of them spend a lot of their lives as babies.

“Some spend up to 90 percent of their life as nymphs, almost always underwater,” says Beaton. “Some species can stay nymphs for up to five years.”

“Some hide under the substrate or roots and breathe out of a little tube — they’re ambush predators; others walk around stalking prey; a couple species in the world actually leave the water and walk around on land, attacking anything they can find.”

As with many animals, female odonates don’t need to worry much about finding a male to mate with. When she’s ready, she just makes her way to the water where the males are waiting, defending the most luxurious territories where the habitat is best. For some species, that might mean there’s a special plant that the female likes to lay eggs on, or a particular water temperature or pH. Some species only breed in streams, and others just in ponds — the variables may differ but the males always take it extremely seriously.

When a female finds a satisfactory male, he holds on to a place behind her head with some little claspers on his abdomen and they fly around together connected, in a position called “tandem.” Nothing has actually happened yet — this is just the romance part. The male then transfers his sperm (little packets of sex cells called spermatophores) from the ninth segment of his body to his second segment. Once he’s done that, things get acrobatic: The female then has to bend her abdomen under to connect the tip of her abdomen (where the eggs are) to his second segment, where he’s just put his spermatophores. The resulting shape is called the “wheel” or “heart” position.

“This is where it gets unique,” says Beaton. “The male doesn’t just fertilize her at this point — he checks first to see if she has mated with other males, and he’ll spend a considerable amount of time trying to scoop the spermatophores from other males out, just to make sure he’s the one that fertilizes her eggs. No other insects do this, although the behaviour has been observed in a few spiders.”

For the female odonates, a single fertilization is enough to fertilize all her eggs for her entire reproductive life, which is usually only a month or two. But once she’s mated with one male, she’ll try to find another. The first male knows this, so he’ll often try to remain connected to her, which is called ‘contact guarding,’ or just hover threateningly above her while she lays her eggs to make sure no other male swoops in.

Yes, it’s aggressive. But as they say, how you do anything is how you do everything.

Be the first to comment on "Dragonflies: Ancient and Aggressive Insect Aviators" 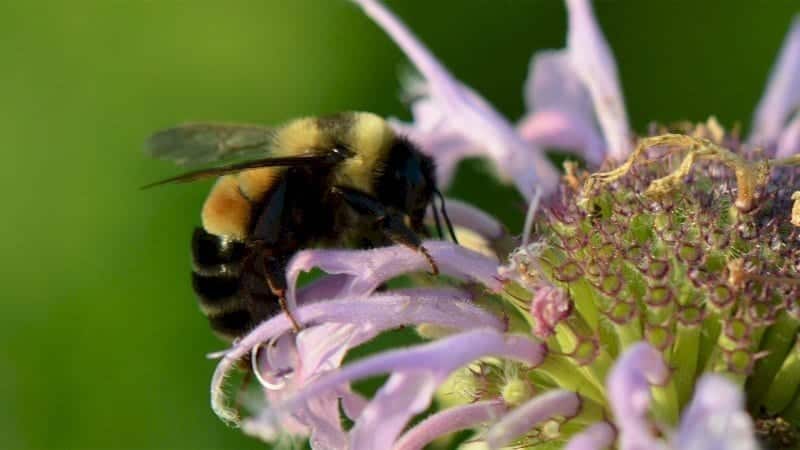 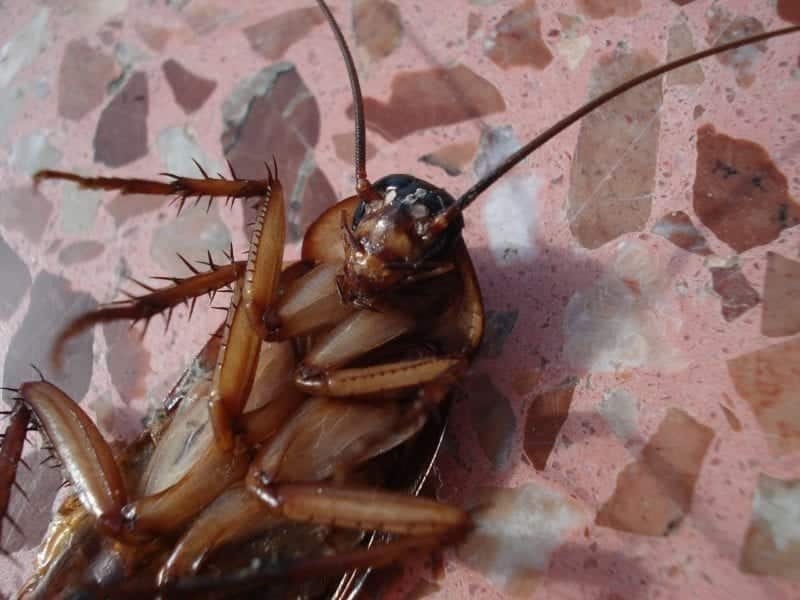 Biology Habit, Habitat and Morphology of a Cockroach
0