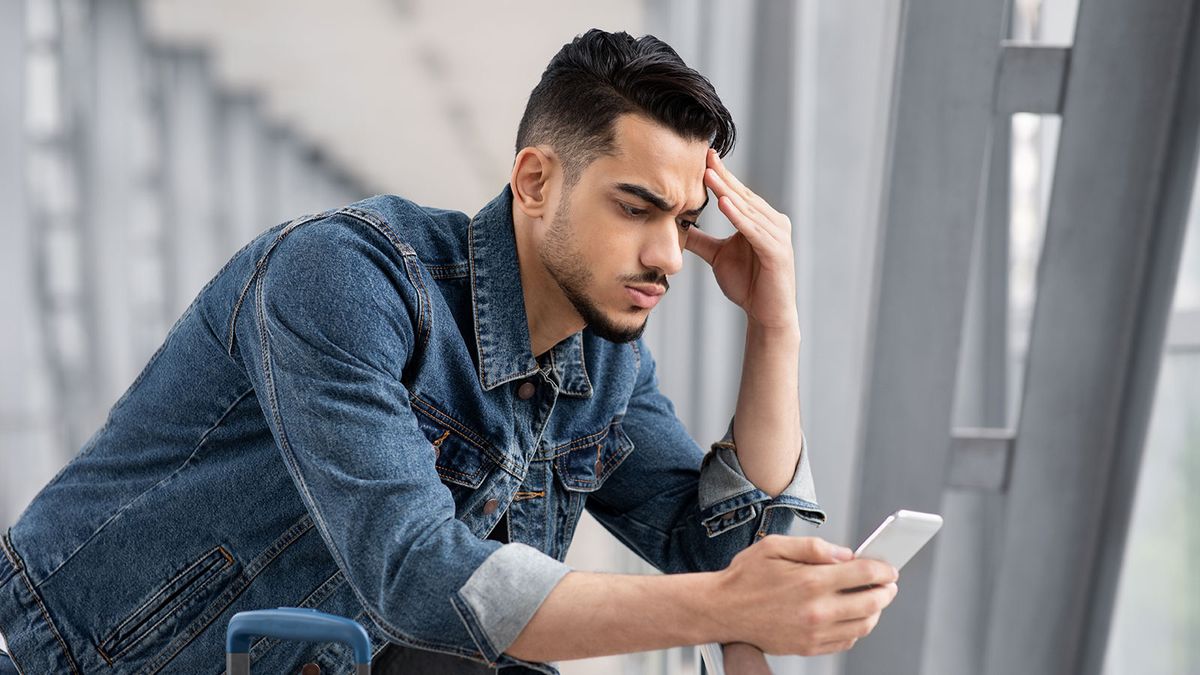 Chances are you’re done it — chased down the rabbit hole with your smartphone in hand, compulsively scrolling through posts and news feeds and videos lamenting the staggering gas prices, impending recession, self-serving politicians or the next crippling pandemic. This obsessive, time-sucking pastime is called doomscrolling. And you might want to reign in your habit because all that browsing through doom and gloom can make you a rather unpleasant person, experts warn.

Doomscrolling is a fancy word that describes “a state in which someone feels an almost obsessive drive to continuously scroll through their social media feeds, paying attention to distressing, depressing or generally negative information,” emails Jacob T. Fisher, assistant professor in the College of Media at the University of Illinois Urbana-Champaign and an affiliate of the Beckman Institute of Advanced Science and Technology and the Illinois Informatics Program.

While doomscrolling could involve a mix of good and bad news, it’s usually the bad, negative, tragic or sad news that keeps us scrolling, adds Joshua Klapow, Ph.D., psychologist and creator of Mental Drive via email. “In fact, we will bypass positive news when we are in a doomscrolling state of mind.”

While the origins of doomscrolling are hard to pinpoint, “it’s pretty generally agreed on that it first started to become popular on Twitter in the late 2010s, but didn’t break out into general usage until the beginnings of the COVID-19 pandemic,” Fisher says. Coincidentally — or not — the rise of the term “doomscrolling” also coincides with the development of social media algorithms to better understand the viewing habits of users, he adds.

What Keeps Us Doomscrolling?

Doomscrolling is hardly a new concept. Remember 9-11? Millions of Americans sat glued to their televisions watching the terrorist attacks against the United States unfold. And what driver can resist slowing down to a crawl on the interstate to gawk at the aftermath of a car crash?

“‘If it bleeds it leads.’ That’s what often leads headline news,” Klapow says. But now, smartphones give us notifications to tragedies in real time and provide a running commentary and video reels of news right at our fingertips, 24/7.

What makes us so curious? “It’s born out of a very primal, evolutionary behavior,” Klapow says. “We are drawn toward sad, bad, dangerous and the tragic news because it serves as a protective purpose.” Our brains are hardwired to be inquisitive about things we perceive as bad so that we can learn from them on a subconscious level, he says.

Social media companies have figured this out and created algorithms to keep people scrolling, Fisher says, “since the more you look at a certain genre of content, the more likely you are to get that content in your feed as you keep scrolling.”

Doomscrolling is rarely an intentional action. “It’s more of an obsession than an addiction,” Klapow says. Obsessions are defined as ritualistic routines that become a part of everyday life. They’re generally rooted in fear that if the routine isn’t followed, something bad might happen.

What might doomscrollers be afraid of? According to a University of Florida study, doomscrolling is often associated with fear of missing out (FOMO) which results in a desire to remain constantly connected to one’s smartphone.

The researchers weren’t so much focused on the emotional effects of doomscrolling, so they couldn’t conclude whether the action causes anxiety. However, they did suggest doomscrolling and anxiety may feed off each other.

Regardless, wallowing in negative information for hours on end can hack away at your emotional well-being leading to “negative affect, cynicism about the world, irritation and anger, and an overall emotional state of negativity that often sticks for hours or days after doomscrolling,” Klapow says. “It clouds our perception of the world by drawing us into the real, but only one part, of the world — the negative part.”

How to Stop Doomscrolling

Keep in mind that doomscrolling is an unconscious behavior. “We need to be snapped out of it,” Klapow says. “Sounds, competing behaviors, changes in our routine — all will help prevent the situation where we find ourselves an hour later having scrolled and scrolled and scrolled.”

Some ways to break doomscrolling hypnosis are setting a loud alarm that limits your scrolling time or leaving your smartphone in another room. However, there’s little evidence these things will actually help you break the habit, Fisher says.

“It’s important to remember that social media sites are painstakingly designed (by some of the world’s brightest and most well-paid people) to be attention-grabbing and attention-keeping, so it may feel like you’re fighting an uphill battle,” he notes.

What’s the solution? “I believe social media and other big tech companies have a responsibility to ensure that their users have the ability to structure their digital lives in a way that lets them retain agency over their attention and focus on this that matter to them,” he adds. “Doomscrolling, like other potentially detrimental information-seeking and sharing practices online, is often framed as individual responsibility, but it’s important to see it as a natural outflow of the business model that powers social media.”

Another idea: Add a couple of mobile games to the home screen of your phone and reach for those instead of your news or social media apps. A columnist for Wired found this cured her doomscrolling and didn’t turn into another giant time suck.