You Are Here: Home » How DNA Replication and Mitosis Occurs in Cells 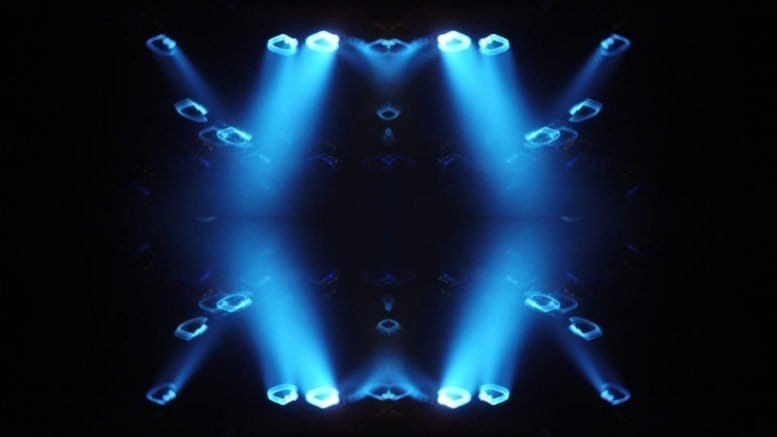 The essential property of a genetic material is that it should be able to replicate accurately in a process known as mitosis or meiosis for sex cells. An attractive feature of the Watson – Crick Model is that it provides us with a possible method of replication. It is not difficult to imagine the two chains separating from each other rather like undoing a zip-fastener. The hydrogen bonds linking the base pairs are weak so breakage could easily happen. Free nucleotides might then come along and take up positions in relation to each of the two chains. The complementary relationship between Adenine and Thymine, and Cytosine and Guanine, would ensure that the bases aligned themselves in the right way. The result would be two double helices identical with the original one. The sequence of bases in the daughter molecules is exactly the same as in the parent molecule,  so the information content of the DNA is unchanged, a feature of genetic replication which we agreed earlier to be absolutely essential.

What evidence is there that accurate replication of DNA does indeed take place? The way biochemists tackle this kind of problem is to see if they can reproduce the process in vitro outside the cell. To synthesize DNA all that should be necessary is to provide the necessary ingredients and conditions, i.e. a liberal sprinkling of free nucleotides of all four types, an energy source (APT), the required enzyme, and a quantity of intact DNA to act as the template for the synthesis of new DNA. The first successful attempt was carried out by Arthur Kornberg, then at the University of Washington, another triumph in molecular biology. Kornberg’s, then at the University of Washington, another triumph in molecular biology. Kornberg’s greatest difficult was isolating the DNA-building enzyme, but after overcoming great technical problem he managed to extract and purify the necessary enzyme from the colon bacillus. The stage was now set for the synthesis of DNA. Kornberg and his co-workers found that if intact DNA was added to a solution containing free nucleotides and the enzyme, new DNA molecules were formed. On analysis the new DNA was found to have the same relative proportions of adenine-thymine and guanine cytosine as the original parent DNA,  a strong indication that accurate replication had occurred.

The zip-fastener idea is a neat and economical way of explaining replication, but it is not the only one. An alternative hypothesis is to suppose that the double helix remains intact and in some way stimulates the synthesis of a second double helix; one of the double helices in every generation will have exactly the same molecules as the parental one-in both strands. These two hypotheses are known as the semi-conservative and conservative hypotheses respectively and they were tested by an elegant experiment involving the colon bacillus.

Cells of the colon bacillus (E. coli) were grown for many generations on a medium in which normal nitrogen 14N was replaced with the heavy isotope 15N. This was continued until it was certain that heavy nitrogen had been incorporated into all the DNA, after which the heavy nitrogen was replaced by normal nitrogen. Samples of bacteria were then taken at intervals, and the relative amounts of the two types of nitrogen were estimated by technique which depends on the fact that compounds containing 15N. The light and heavy DNA was separated by means of an extremely high speed centrifuge, and the DNA was then detected by its absorption of ultraviolet light.

The results, shown from studies give unequivocal support to the semi-conservative (zip-faster) hypothesis. In the first generation after being switched back to normal nitrogen, the DNA was found to have a density mild way between what it would have if it contained only 11N or only 15N: in other words it contained equal amounts of each. In the second generation two sorts of DNA were detected: half was identical with that obtained in the first generation; the other half was light, i.e. it contained no heavy nitrogen at all. These results fit in perfectly with what we would expect from the semi conservative hypothesis.

When know from special staining techniques and isotope labeling that in all but the simplest organisms DNA is confined to the chromosomes. In fact a chromosome can be regarded as an enormously long strand of DNA coiled on itself. From the now well established fact the amount of DNA in the nucleus doubles during inter phase, it is thought that replication takes place before mitosis, i.e. before the chromatids make their appearance. Each chromatid therefore contains a double helix derived from replication of the DNA belonging to the original chromosomes. By separating the chromatids, mitosis ensures that the products of cell division contain exactly the same complement of DNA as the parent cell did before replication.

Should you wish to clarify this, construct a series of diagram showing the appearance and behavior of a representative length of DNA immediately before and during mitosis? Show replication taking place during inter phase and assign the correct complement of DNA to the chromatids as they make their appearance in prophase. Follow the behavior of the chromatids through metaphase, anaphase and telophase and note that the DNA content, like the chromosome content, is exactly the same in the daughter cells as in the original parent cell. This, you will agree, is due to the fact that each of the two double helices formed by replication during inter phase is contained in one of the two chromatids that become visible in prophase. These chromatids then become the chromosomes of the daughter cells. Now consider the behavior of homologous chromosomes in mitosis, the daughter cells come to contain both lengths of the DNA, just like the parent cells. How would the distribution of the DNA amongst the daughter cells differ in meiosis?

The Formation of Messenger RNA and the Functional Role of Ribosomes